Ginsberg and Kerouac Reflected On in Homoerotic “Beatnik Giselle”

The movement-oriented and collaborative Sandbox Theatre ties together stories of modern dancers and beat writers in 1950s New York City in Beatnik Giselle, so you know there’s going to be some queer energy there for sure. Ryan Hill, who plays poet Allen Ginsberg, says, “I found a familiarity with Allen in how he thought about being gay. I don’t think he was fighting for gay rights; he was living his belief in universal exceptionalism. He wasn’t saying, ‘Hey, look at me. I’m no different from you.’ He was saying, ‘Fuck that; I am different than you, and you just have to deal with that.’ Beatnik Giselle is localized around the time he first started being comfortable with his sexuality. So we’re building a character in transition. He knows he doesn’t fit into society and is struggling with how to deal with that.” 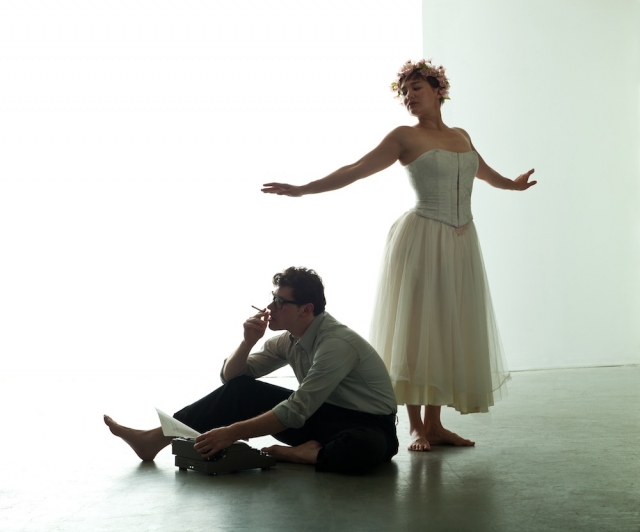 Hill adds that in heterosexist society, “A man waxing poetically about the beauty of breasts is sensual. But have a man longingly describe the body of another man, people get squeamish. Ginsberg’s writing was raw and sexual and blunt. We’re not demurring away from that intensity. It’s been both nervous and empowering as a gay man to use words and images on stage that I’ve never voiced outside of a bedroom.” 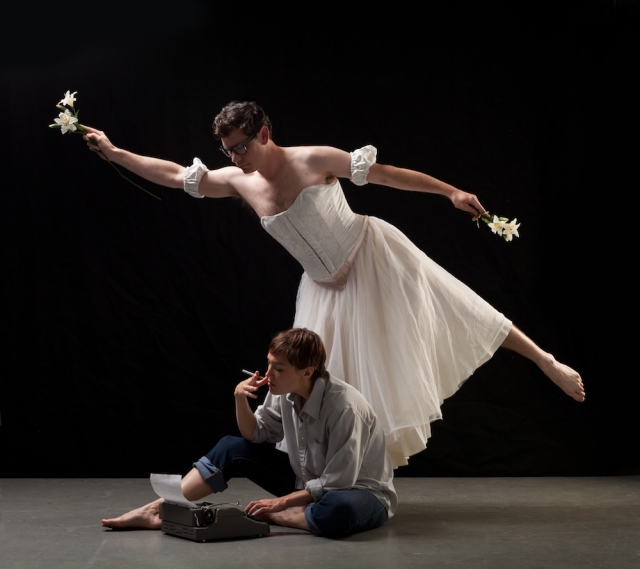 Derek Lee Miller, who plays Jack Kerouac, calls him “a maze of contradictory beliefs. Even though he was never really able to escape the strict Catholic upbringing of his mother. So it was nearly impossible for him to recognize himself as gay or bisexual, even though there are reliable accounts of him engaging in homosexual activities, more than a few of them with Ginsberg. It was a difficult thing for him to navigate, and I think he settled on simply refusing to acknowledge it in himself. There seemed to be this unspoken deal with himself: ‘If there’s another man sucking my cock, then he’s the queer, not me.’ And of course, he covered a lot of his actions and desires with alcohol. After all, this was a man who once described his world view as ‘Catholicism mixed with alcohol and gin.'”