Gayness and Disability Examined / Responses from the Inimitable Raymond Luczak 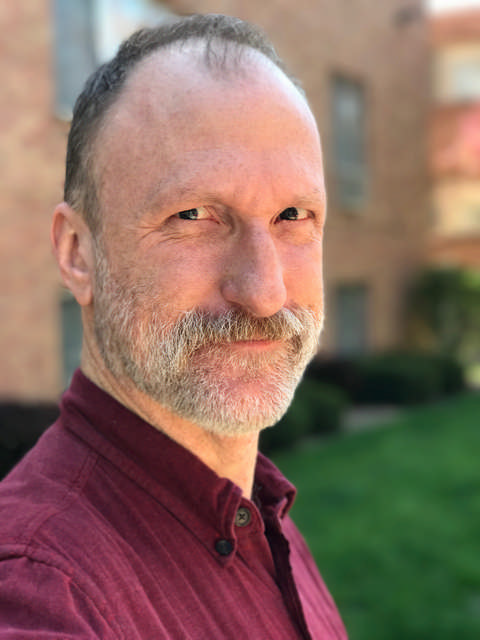 Raymond Luczak has been hailed for his works touching on both disabilities and gay identity. Photo by Raymond Luczak

Raymond Luczak is a local literary legend who has also made a huge impact beyond the Upper Midwest. As a deaf gay man, he is a genius in probing the gay literary tradition as well as stretching into unknown frontiers of disability and literature. The nominee of two Lambda Literary Awards is renowned for his terrific anthology compilations. However, his own splendid fiction work vibrates to the ephemeral spirit of gay icons like Walt Whitman, John Rechy, and Edmund White. His latest volume of short stories, The Kinda Fella I Am: Stories, is a shimmering reflection of gay identity with piercingly observed perspectives on disability. Luczak recently responded to some questions about himself, his work and the GLBT community.

John Townsend: What set you on the course to becoming a writer?

Raymond Luczak: My deafness has caused me to become a writer. To understand what I meant by that statement, I need to explain my background a little bit. I grew up in a hearing family of nine children. My hearing loss wasn’t diagnosed until I was two-and-half years old. I was not allowed to learn sign language. Out of my relatives, the one person who really understood me was my grandmother. To my recollection, she and I never talked much, but every Sunday after mass, she made a point of looking into my eyes while pressing a shiny penny onto the palm of my hand. She’d somehow understood that I needed complete attention whenever we spoke. With kids making a lot of racket, it was very easy for anyone to look away distractedly while talking to me, but not my grandmother. I was eleven years old when she suddenly died of a stroke. No one in my hearing family sat down to explain what death truly meant. I was a bit lost. What was going on? Then it was time to do my speech homework, which was to try writing two or three limericks, a five-line poem with a specific rhyme structure; I was given the assignment before she died. Somehow, in the aftermath of her death that October 1977, something inside me broke open. Here, I’d probably thought, I can say something. Did I talk about my grandmother’s death? No. That happened years later, but in hindsight, I realized I had latched onto writing as a way of trying to comprehend the confusing vagaries of my hearing family. 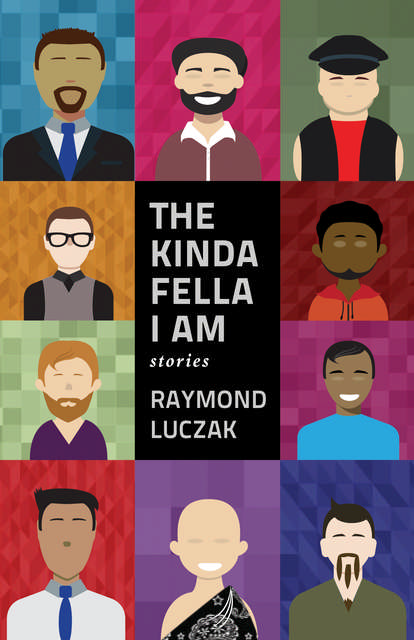 The Kinda Fella I Am is Raymond Luczak’s latest collection of short stories. Image courtesy of Reclamation Press

JT: What authors have influenced your aesthetic and what is it about them that inspired you?

RL: I’d never thought consciously about trying to emulate any writer in particular until I went to college. It was through my literature and creative writing courses that I began to pay close attention to how poets, novelists, and short story writers imparted their craft. As a poet, I soon gravitated toward the New Formalist poets popular in the late 1980s: Marilyn Hacker, Vikram Seth, Timothy Steele, and Philip Dacey and David Jauss’s anthology Strong Measures: Contemporary American Poetry in Traditional Forms, which was my poetry bible for a long time. (It would be a few years before I drifted away from traditional forms.) As a fiction writer, I became quite infatuated with the minimalist fiction movement, as in the remarkable Sudden Fiction anthologies. What compelled me about these writers was their razor-sharp focus on detail. Their example was all about making incredible connections between seemingly unrelated details to convey a depth of character and emotion.

JT: What are your thoughts on how the GLBT community deals with—or doesn’t deal with—disability issues?

RL: Even though the LGBT community seems to be better educated about including those who are disabled, as in providing access and ASL interpretation at Pride festivals around the country, there’s still a stigma attached to disability. (Come to think of it, there’s still a stigma toward those who are able-bodied and yet do not fit in society’s constantly shifting standards of physical beauty.) There’s a reason why many disabled folks do not always reveal their condition upfront when meeting prospective dates online. They’re damned if they say so upfront in their profile, and they’re damned if they don’t. The LGBT community needs to stop grading each other on the basis of physical ability (and appearances) because in the long run it becomes demoralizing for everyone. Lookism feels especially brutal to many of us because we don’t always feel accepted by our own heterosexual families. The LGBT community should be a haven for those who have been rejected by their own families. We are still beautiful no matter what anyone says.

JT: What qualities do you look for when selecting pieces for an anthology of disabled queer writers?

RL: Having edited a small number of anthologies in the past, I knew there were several things I wanted to see in QDA: A Queer Disability Anthology. First, the writing had to reveal something new that I hadn’t considered before in spite of my having been involved with the queer disability community one way or another since 1988. If not that, the piece had to illuminate an old truth in a new light. I also insisted on being inclusive across disabilities and sexualities because so many disabled people do not always get heard. I wanted this collection to be a dialogue of sorts among the writers themselves. I was hopeful that I’d come across at least a few pieces that would help combat the notion of disabled folks as being asexual and/or nonsexual. (I was naturally happy to see more than just a few pieces that explored being sexual and disabled.) The only thing I didn’t want was “inspiration porn” (portraying disabled people as inspirational because of their disability). Beyond that, I was equally open. I’m very pleased with how QDA has turned out.