Gay Subtext in Durang’s The Marriage of Bette and Boo 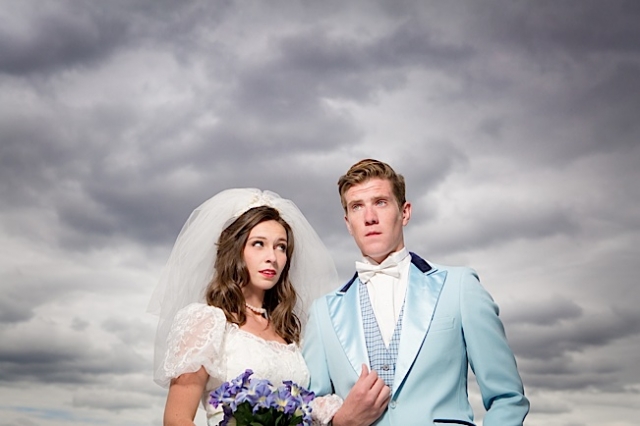 In general, gay playwrights who got consistently and profitably produced before Tony Kushner couldn’t and/or didn’t feel free enough to explicitly put forth gay themes. Therefore they sometimes wrote about it suggestively or in what some call ‘code’. Some glbt activist ‘intellectuals’ foolishly denigrate that practice as dishonest. Of course, it was typically done simply because gay plays were just not produced. It also reflected that a gay talent didn’t necessarily reflect only on gay issues. Take a political example: Like him or not, one of the qualities that helped Barack Obama ascend to the Presidency twice is that he often put his racial identity to the side. Though this has earned him criticism, some of which is legitimate, it is still obvious that there are other things aside from race that comprise his overall sense of concern. He resented the pigeonholing. And you can’t blame him.

Tennessee Williams’s The Glass Menagerie, a bona fide Great Play, is autobiographical though the protagonist’s thwarted homosexual feelings are never discussed. But they’re there between the lines. And chances are that productions of that play before Stonewall may or may not have taken that into consideration. But since then, it’s difficult for any actor who knows his Williams not to factor that in.

The subtext of Terence Rattigan’s The Deep Blue Sea is often said to be homo-romantic. One can sense the yearning for male beauty and intimacy in William Inge’s plays and the aching need for men beneath brutal exteriors in Jean Genet’s plays. Much of Oscar Wilde’s rage stems from the systemic heterosexism of the British class system. Indeed, the list of gay plays and playwrights writing in code is quite long and dated.

Post-Stonewall Christopher Durang comes after these men yet doesn’t choose to write about protagonist Matt’s homosexuality in any overt way in The Marriage of Bette and Boo and there is no law or reason that he should have written the role in any other way than the way he did. We know that Matt is Durang as a youngster. Moreover, Bette and Boo is one of the best plays of the 1980s and there’s no mention of AIDS because it’s not about that.

Randy Reyes has directed a superior production for Theatre in the Round Players. He observes “The Marriage of Bette and Boo is a memory play told through the perspective of the character Matt (Michael Fell), also known as Skippy, a name given to him by his mother because it was her favorite movie. In the original production at the Public Theater in New York City in 1985, Matt was played by the playwright himself, Christopher Durang. Durang has said that this play was very much inspired by his own life, dealing with an alcoholic father and a mother that went through several miscarriages due to a blood condition. I can’t imagine how Durang was able to relive this time in his life at every performance. Matt is desperately trying to understand why his family did what they did in hopes of not repeating them in his own life.  There is nothing explicit in the play about his sexuality, but there is an unspoken tension that I believe is at least partly due to Durang’s sexuality. This is manifested in scenes where Matt has these painfully awkward conversations with his emotionally unavailable father.  At the end, though he doesn’t get all the answers, one feels like he’s at peace with mysteries of family, relationships, and addiction, and can move forward on his own path.”