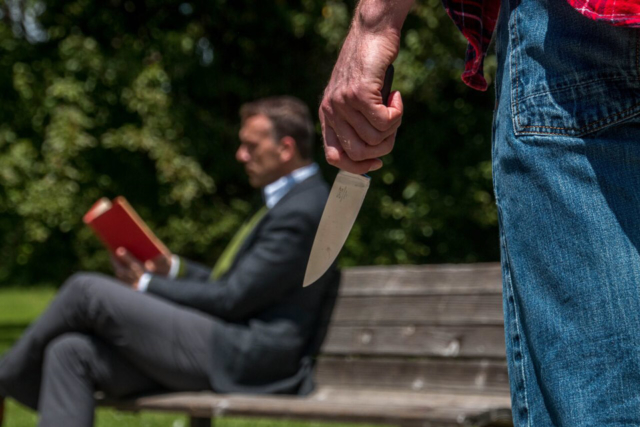 In the early 2000s Edward Albee (1928-2016) revised his classic one act, The Zoo Story. When the dark ironic comedy was first written in 1958, the gay role of the deeply troubled Jerry was a breakthrough just by its very existence. As with many Albee plays, alienation is a central concern and Jerry is clearly a victim of alienation in a homophobic society.

In the post-World War II years there was profound disillusionment about the horrors of the Holocaust and the growing awareness of institutionalized racism in the United States. There was anguished questioning of whether God even existed, and if God did exist, how could He allow such suffering? And generally, at that point in history, God was considered a “he” throughout Western culture. Albee was very much an exponent of this questioning overview.

The other role in The Zoo Story is Peter, a figure who resonates the contempt Albee continually expressed toward the complacency of the American white middle-class. At the Minnesota Fringe Festival Sam Ahern plays Jerry and Brad Erickson plays Peter at Huge Theater in a staging of the newer version. It has been receiving raves.