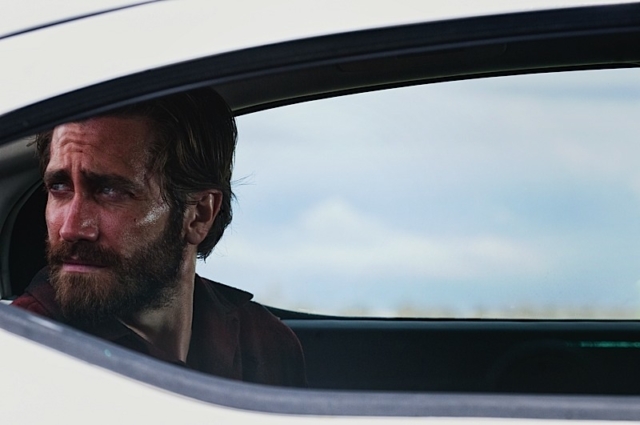 Tom Ford made a stunning film debut with A Single Man seven years ago. In that elegant picture, Colin Firth elicited a numinous performance as a closeted gay college professor navigating the homophobic world of the 1960s. (That’s right, the 1960s wasn’t just peace, love, and pot.) Of course, when Tom Ford comes to mind, he automatically elicits the word “elegant” given that before his middle-aged film debut he was a major figure in the fashion industry. Every frame of A Single Man echoes that, as does his newest marvel, Nocturnal Animals.

In A Single Man everything seemed to line up perfectly with Ford’s urbane and elegant sensibility. It ranks as a definitive film about a gay man of sophistication compelled to the closet. It was the sort of thing one might expect from continental Europe or the UK. This gay American filmmaker clearly had something to say and he still does.

However, Nocturnal Animals reveals a depth of understanding of a totally different dimension. The film has two cultural settings. The primary one is the Los Angeles hills where art curator Susan (Amy Adams) lives in style and unhappiness with her unfaithful second husband, Walker (a cold, distant, and sexy Armie Hammer; he’s the kind of man who spells trouble for anyone unfortunate enough to fall for him). As the film unfolds we come to see that she curates edgy art as a way of compensating for the reactionary values she never fully rebelled against. At the beginning, the art she curates celebrates the larger body images of women who don’t fit the mainstream beauty ideal. A symbol of her own subconscious revolt. 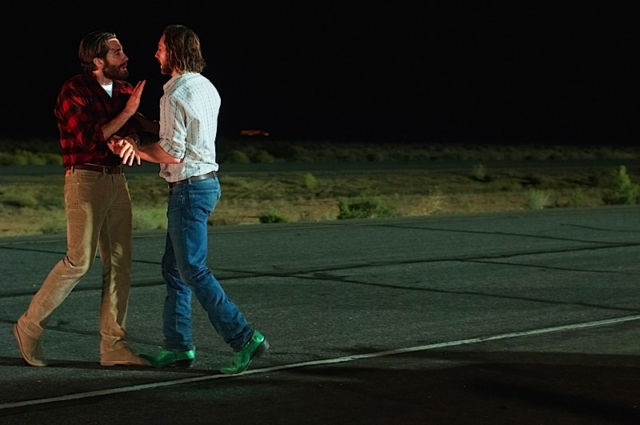 In not rebelling two decades previously, Susan threw away her marriage to a sensitive man in order to pacify her domineering and overly materialistic mother (a surprisingly strong Laura Linney in a role senior to her own years). Neither mother nor daughter appreciates that Susan’s first husband was in the process of finding his voice as a writer and so Susan tragically internalized her mother’s utilitarian attitude: a bigoted attitude that will settle for nothing less than an alpha male with a perpetually fat wallet.

Regrettably, Susan either lacks the insight to this internalization or perhaps it’s simply because she lacks patience for Edward’s process and/or the courage to defy her mother. And this is where Ford’s insight and Adams’ superlative performance create the emotional spine of the film. It is a return by a gay man (Ford) and a straight woman (Adams) to an admirable and diligent feeling of deep empathy for deeply understanding a straight man’s inner turmoil, the kind we used to see in Old Hollywood. As basic as that sounds, it’s something that needs to be returned to.

The man empathized with is her ex-husband writer, Edward, played by a beautifully vulnerable Jake Gyllenhaal. 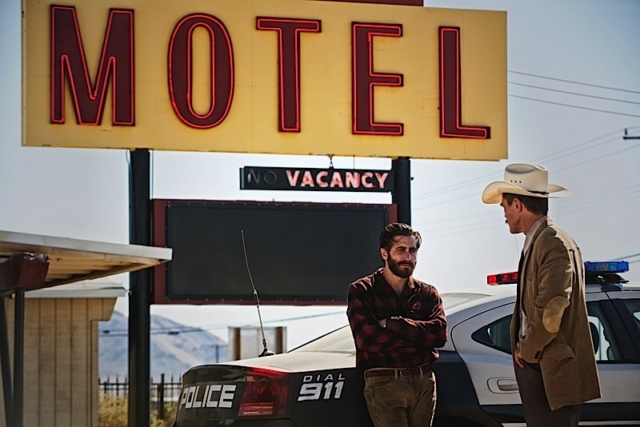 Where Nocturnal Animals departs from the pretentious, artifice-driven world of the gallery scene and its corporate-infected groupies, is in the several scenes where Susan reads a book unexpectedly sent to her and written by Edward.

Since the time Susan rejected him, Edward has finally found his voice. Indeed, for some people it takes a while. He is coming to town for a publisher meeting and hopes to meet with her after many years. He sends her the copy to let her know what he’s been up to. The book, which we see dramatized on film as Susan reads it, is set in rural west Texas where a band of louts terrorizes a father, mother, and daughter played as a movie within the movie we the audience are watching. Gyllenhall, Isla Fisher, and Ellie Bamber play the roles respectively and perfectly. And since it is Susan who is reading the book whose images are presented to us through her psychic lens, we get a deep sense that she is identifying with this grisly Texas tale in a way that hits unnervingly close to the bone. 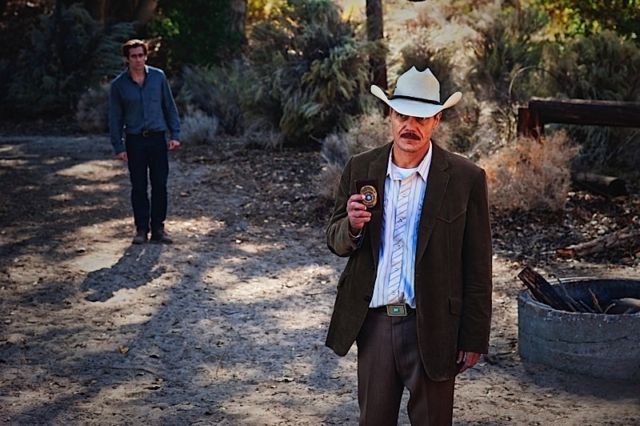 Within this Texas tale, a gritty Michael Shannon, in one of his greatest performances, plays a sheriff who has been trying to snare these terrorizing louts for a while but has not been able to catch them red-handed. He approaches the father to set a trap for them. The rest you need to see for yourself. And be warned this is a film with some ugly violence and gruesome imagery, though it is not more exceeding than it needs to be.