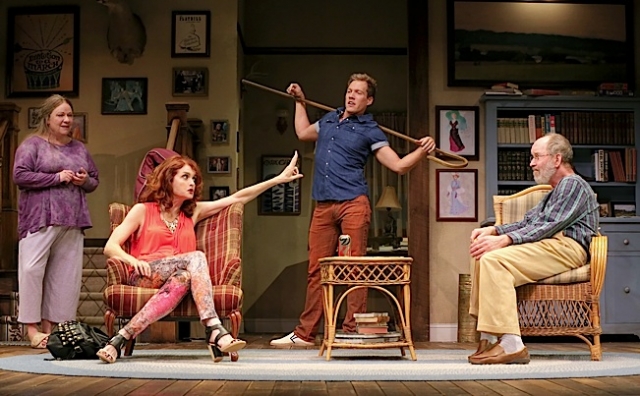 The irreverently dazzling Christopher Durang comedy, Vanya and Sonia and Masha and Spike, is reveling in a rip-roaring over-the-top production at the Guthrie directed by Joel Sass. The depressed characters you think of when you think of Russian dramatist Anton Chekhov have been stuffed in a blender and re-mixed as contemporary Americans. We begin with the moping Vanya and Sonia, middle-aged siblings on fixed incomes, floundering in rural Pennsylvania. Until their sister Masha, a sex symbol movie star, and her gigolo, Spike, a pretty boy wannabe actor, appear and spice things up.

One of the play and production’s most fun and fascinating dynamics is how studly Spike (a sparkling Joshua James Campbell) loves to take off his clothes down to his undies often. Moreover, he adds to his provocativeness, at points that seem especially timed to titillate Vanya (a touching Charles Janasz). Though Vanya has sublimated his homosexual desires and indicates he is attracted to Spike, that doesn’t mean he has so sexualized his life that he appreciates Spike bombarding him with his physical beauty so excessively. Having someone strip in front of you can sometimes be an unwanted distraction even if you do think he’s beautiful. Especially if you have other things you want to get on with! What’s more, is that Spike does this out of habit, not out of trying to get sex from Vanya. He’s a tease to say the least. But is he even conscious of it? Is it just pure ego? Is it just how Spike is? Does he get benefits from sexualizing himself? Is this some behaviour he has been rewarded for in the past by others? (Probably, I daresay.) 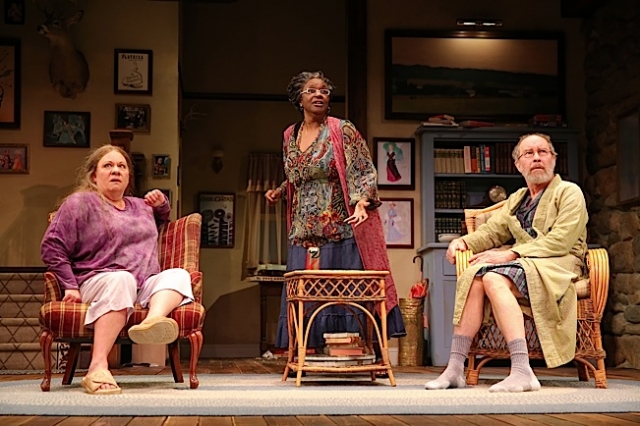 Suzanne Warmanen is hilarious and then some as Sonia and Candy Buckley is a force of comedic nature as Masha. Masha’s ego actually outdistances Spike’s, which is quite an accomplishment. The sibling rivalry between the women is made palpable by the actresses. To thicken the plot Isabell Monk O’Connor is a dizzy delight as a somewhat clairvoyant neighbor Cassandra.

Buckley blew us away a few years ago in Albee’s A Delicate Balance at the Guthrie. Janasz was often seen during the Garland Wright, Artistic Director years which ended in the mid-90s at the Guthrie. He’s back in top form and gives a hellaciously searing delivery in a monologue about the way our times and technology have diminished our humanity. Some may also remember his splendid one man show, Butch Comes Out. You may also recall O’Connor as one of the Greats of the Wright era. How wonderful to see these two on the same stage again! 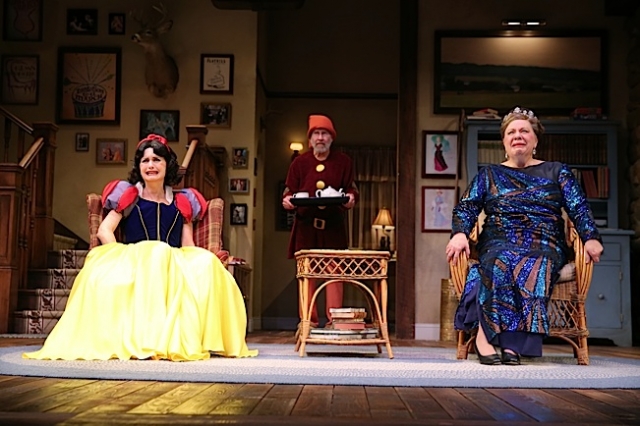