“Fun Home” is a Lesbian and Gay Musical Masterpiece 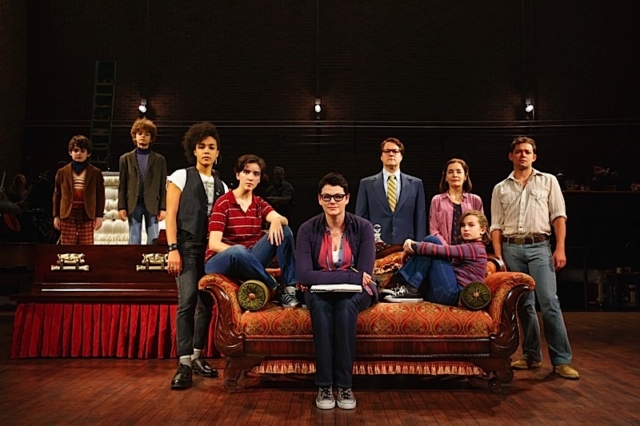 The stage version of lesbian cartoonist Alison Bechdel’s beloved graphic autobiography, Fun Home, won the 2015 Tony for Best Musical. Its national tour currently plays at the Orpheum and rates as one of the sharpest and most powerful productions of a traveling show that has played locally in recent years. Not to mention, moving. Though the musical is intimate, it miraculously makes itself suited to the large Orpheum space.

Fun Home is not a big song-and-dance affair, like The Music Man or Hello Dolly! It is more in the tradition of Off-Broadway classics like The Fantasticks and Falsettoland, a piece that depends on subtle characterizations, great voices, and deep empathy to get its points across. And oh, those points are so marvelously made.

Composer Jeanine Tesori (Caroline, or Change) and book writer/adaptor Lisa Kron are the first female duo to ever win a Tony. We know of Lerner and Loewe and Rodgers and Hammerstein. Now Tesori and Kron are in the history books alongside them. Indeed, the songs are wrenched from the heart. The humor, the wit, and the poignancy are often startling as you watch the production. 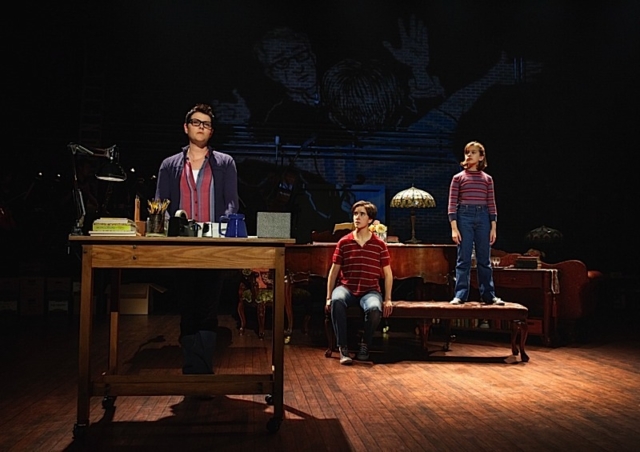 Director Sam Gold has ensured that the graphic comic spirit pervades. That said, splendid subtlety is also very much in evidence with three remarkable actresses playing Bechdel as a child (Alessandra Baldacchino), a college student (Abby Corrigan), and as an older adult (Kate Shindle). In juxtaposition is the superb Robert Petkoff as Bruce, Alison’s closeted gay father who works as a high school teacher and a mortician.

Alison’s story of possibility in being a lesbian contrasts radically with Bruce’s doomed existence because of self-hatred for his homosexual desires, which were often acted out in inappropriate and even illegal ways. Yet, the musical never denigrates him for that. Bechdel, Kron, and Tesori truly capture the overwhelming difficulty it was for a man to be gay in the post-Stonewall era. The cruising, which got a laugh when referred to the night I attended, was often a place where police abuse and thuggish meanness were heaped on gay and bisexual men. 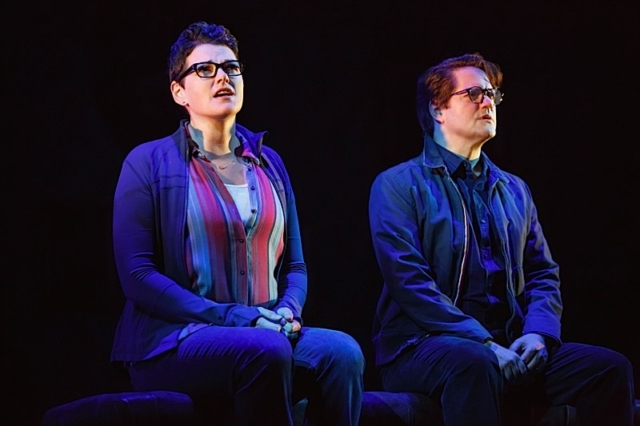 I actually chatted with two people in their 20s on the way out of the theater and both thought Fun Home was set in the 1950s. This was understandable as so many people today think that gay acceptance is something that has been in place since the Sexual Revolution of the ’60s and ’70s. But what’s chronically missed in this incorrect view is that America was, in those seemingly liberal times, propelled by a nuclear family mandate engrained in our culture. 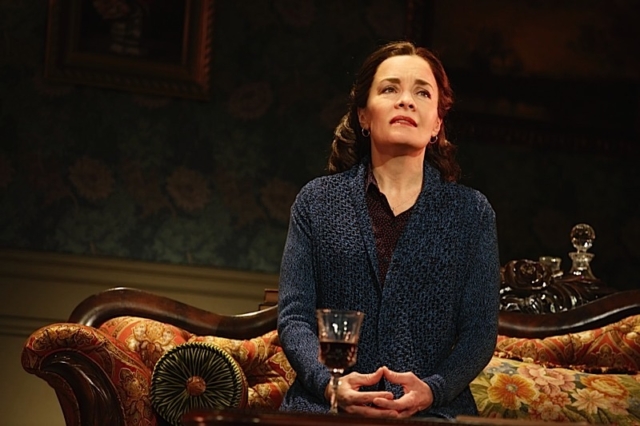 This is powerfully driven home in this production’s most devastating performance: Susan Moniz as Helen, Alison’s mother and Bruce’s wife. She has figured out what her husband is about but stands by him in the face of the humiliation he brings on. Moniz has an extraordinary voice that fluctuates between delicate nuance and thunderous strength. She reminds us of the unfair price paid by heterosexual spouses who sign on with a queer partner without knowing what is actually going on with him or her. The anguish can be as overwhelming for them as the shame the queer spouse feels. Bechdel should be appreciated for this understanding. Moniz portrays that memorably.