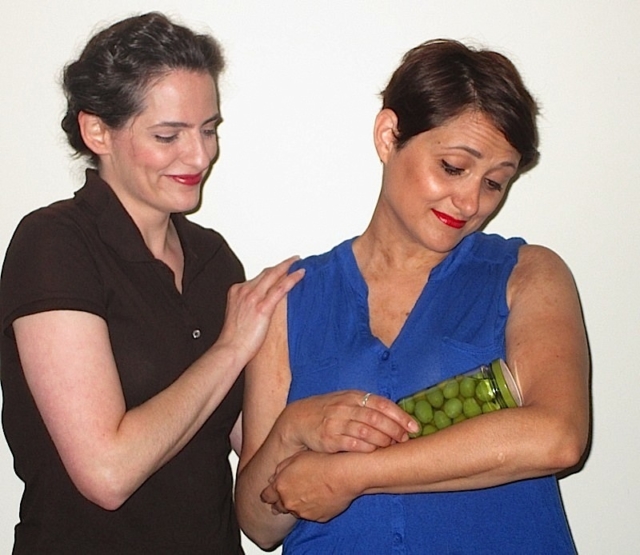 An anarchist spirit permeates Dario Fo’s 1974 farce We Won’t Pay! We Won’t Pay! in a Candid Theater production at the Black Forest Inn’s banquet hall. When a community of traditional housewives gets fed up with rising food prices they decide they’ll only pay what they can afford, no matter how low. Candid is no stranger to anti-establishment themes, but their forte has long been serious drama. However, with Fo, this ensemble shows they clearly have the chops to master the quick jokes, the fast pace, and the roller coaster of outrageous moments that comprise this very demanding script.

Shana Eisenberg proves herself to be a first-rate leading lady of comedy as Antonia. All performances are excellent but Eisenberg is the one who drives the the complex chain of events that involve ludicrous ways of hiding food, fooling husbands and neighbors, and ultimately tacitly warning the audience that when basic goods become too expensive the social contract can be suddenly ripped up by the irate, the irrational, and the desperate.

Justin Kirkeberg has directed We Won’t Pay! We Won’t Pay! with an unflagging eye for quick deliveries, sharp line pick ups, and wonderfully manifested character overstatement. Indeed, the versatile actors give it their all: Jackie Olson, Corey DiNardo, David Wasserman, and Jack C. Kloppenborg, along with Eisenberg, demonstrate the art of farce with glorious flair.