From Zambia to Minneapolis, Kasono Mwanza Taps Into the Joyful Side of Life 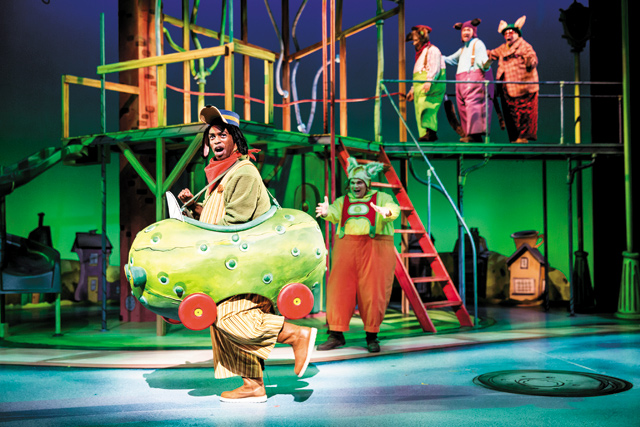 Kasono Mwanza, in a pickle car, in Richard Scarry’s Busytown the Musical. Photo by Dan Norman

Kasono Mwanza has come a long way. He was born in Africa and lived there until age 11. In the 15 years since, he has become an American citizen, which he feels great pride for, and a working actor in the Twin Cities. Openly gay and eloquent in expression, Mwanza shared some thoughts recently about his childhood experience, his love for performance, and his current roles at the celebrated Children’s Theatre of Minneapolis where he appears in Kevin Kling’s animal-driven adaptation of Busytown the Musical by beloved children’s writer, Richard Scarry.

JT: You came to the US when you were 11. But before that, in Zambia, did you have an awareness of being gay?

KM: Absolutely. Like any other kid, with age comes a fascination with things, and the pockets of time where the subconscious becomes conscious. I knew what fascinated me, and it wasn’t the same thing that fascinated everyone else. It certainly wasn’t a decision, and the only way I can explain that awareness is by posing this question: When did you fully understand you liked girls/boys? It’s just something that happens, you certainly don’t get to pick. In Zambia I had a neighbor who was also of my age, and everyone wanted us to be a couple—boyfriend and girlfriend. I never thought of this neighbor in the way that my male friends did, so that certainly affirmed a few things for me at a young age.

JT: What made you choose to be an actor and how did you start out?

KM: My father used to be in a band. He played guitar and sang. I also remember that his band had dancers who danced in front of them while they were playing. Maybe it was his energy that I felt. It was a joyous energy. Just by watching him, I knew I wanted to perform. I could never figure out how or when to start. It certainly felt like it was in our blood. Like many in the world, I was also obsessed with Michael Jackson. While all the kids played outside, I watched him in concert via VCR tapes. I feel like, between my father and Michael Jackson’s concerts, I knew that entertainment was a field I wanted to enter.

When I attended Marcy Open School here in Minneapolis, my social studies teacher caught me singing. He happened to be the director of musicals at the school, so he nudged me to audition for West Side Story. After a string of “no thank you” replies to my teacher, I finally gathered my self-conscious self and decided to audition. I’ve been doing theater ever since. 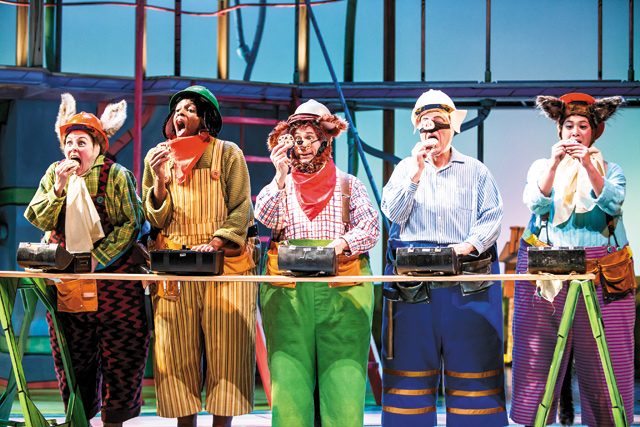 JT: At CTC you play numerous roles in Busytown. Tell me about your process.

KM: There’s something magical about how kids can pretend to be something at one point, and then just as quickly they can change character and/or perspective. They have no reservations, the fear of making mistakes doesn’t exist, and flair just comes with energy. It’s natural, innocent most times, and genuine. If layers of character exist, it’s in the simplest form. As far as my process goes, I feel this is what I pull from. Understanding each character is a roller coaster of its own, and in Busytown they happen to be very busy “human animals.”