From Church To The Club 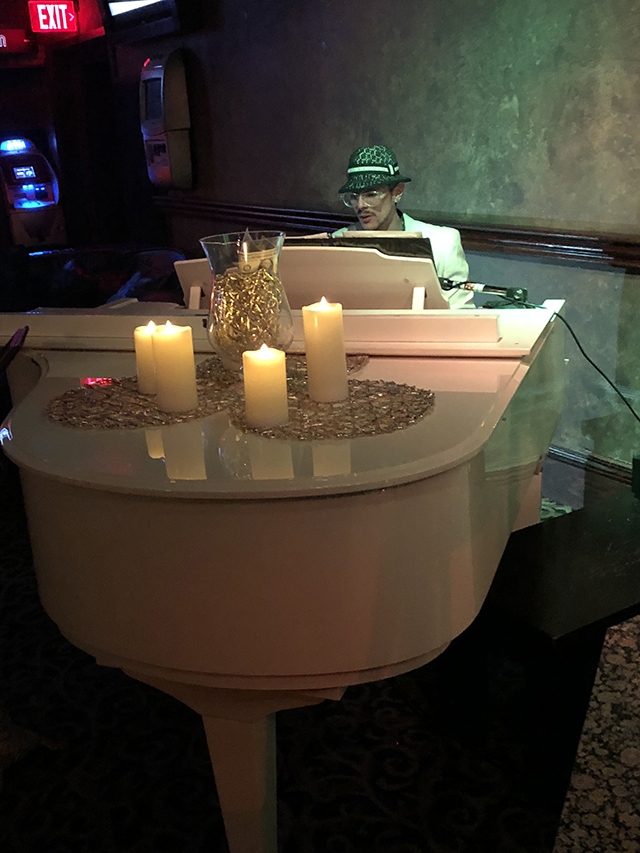 Martino Gabriel-Mayotte takes the stage as Adam Divine at the Brass Rail Lounge.

*Note: Divine uses they, she and he pronouns, but will be referred to by they pronouns throughout this article.

Growing up in Taylor, MI, Martino Gabriel-Mayotte, known as Adam Divine, could be recognized for their performances at church, in their marching band, and in community productions. Now, Divine takes the spotlight at bars and clubs like Prada Diamond, Gay 90’s, and now, the Brass Rail Lounge.

“I attended a musical theatre conservatory in New York, and I fell in love and followed my partner here to Minnesota. I soon after fell in love with Minnesota and its arts community and stayed,” Divine says. “I performed as a child in my church, singing with my mother, acting in plays, and playing piano and bass guitar in worship bands and with my siblings. I juggled church, marching band, and acting at school and in community musicals as a teen.”

Divine says that after going to school in New York, they came to Minnesota and spent ten years working toward being a professional actor. 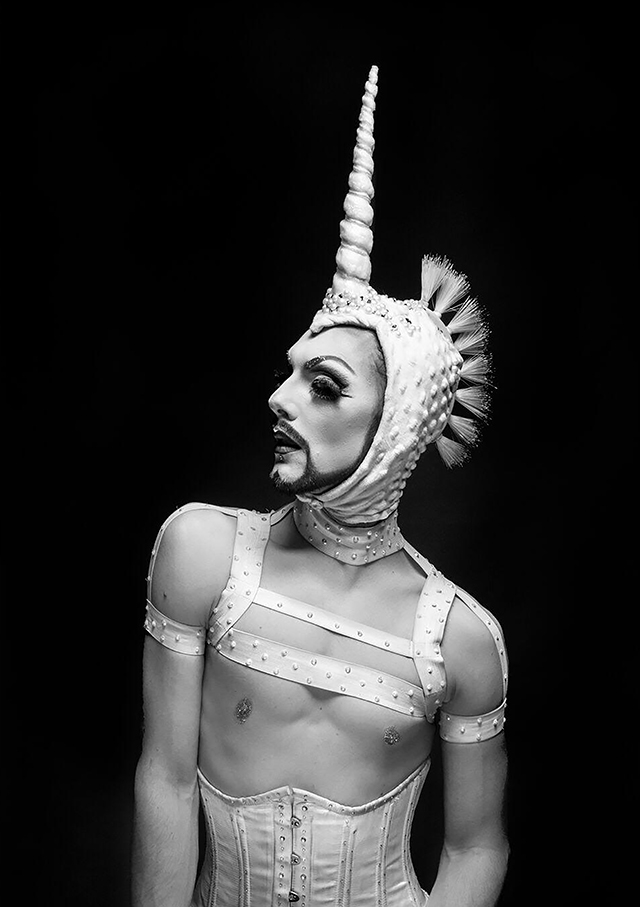 Divine will be performing on the new grand piano donated to the Brass Rail Lounge. Photo by Ryan Coit Photograaphy

Divine says they got involved with local bars and clubs through their “Glam Boylesque” show. After starting at Prada Diamond, the show director at Gay 90’s contacted Divine and asked if they would have their show perform there, too. In addition to “Glam Boylesque”, Divine produces “Show Off”, a competition for everyone to showcase their different performance styles every Monday night.

Known for their piano skills—among many others—Divine was contacted by the Brass Rail’s co-owner Leslie Hafiz once a piano was donated to their bar by piano lover Myrna.

“The piano was donated by Myrna who has a friend that was downsizing and did not have room for the piano, so they asked Myrna where he could put a piano, and he suggested the Brass Rail,” Hafiz says. “The piano came en route from Eden Prairie. Myrna was in the business since 1976 working with pianos, so he was a likely the best candidate to find a home for it.”

Hafiz says they put word out about the newly acquired piano at the Brass Rail to get new performers in. Soon, Divine’s name came up, and they had a meeting and knew right away that it would be a good fit. 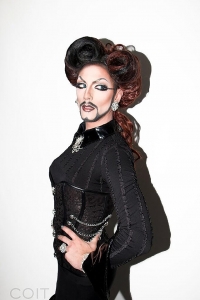 Martino Gabriel-Mayotte, known as Adam Divine, is a veteran performer at venues such as Gay 90’s, Prada Diamond, and now the Brass Rail Lounge. Photo by Ryan Coit Photography

“I play piano, and I sing at the Brass Rail as well. Additionally, I am a dancer/choreographer, a song writer, I produce nightclub events and original musicals, and I’m a dance/theatre/music educator. I also love costuming, styling hair, and a slew of other craft related arts,” Divine says.

Divine says as soon as they heard about the new piano at the Brass Rail, they were inspired to get their fingers on it and start tickling some ivories.

“I was blindsided by walking into the bar and seeing it one night. I was a few drinks in so I wasn’t sure if I was actually seeing what I thought I was seeing, a gorgeous white baby grand, slipped delicately into the heart of downtown,” they say.

So far, Divine says they’ve found a home performing at the Brass Rail, and they plan on continuing shows at the bar in the future, too.

“My time so far has been a blast, and I’m already making connections with the crowd, learning some of their favorite show tunes, standards, and pop hits, and seeing friends and fans come visit the Rail for the first time or at least the first time in a long time,” they say. “I am looking forward to the future of the show, and I hope to make lots of new friends along the way.”

For more information about the Brass Rail, visit www.thebrassraillounge.com.