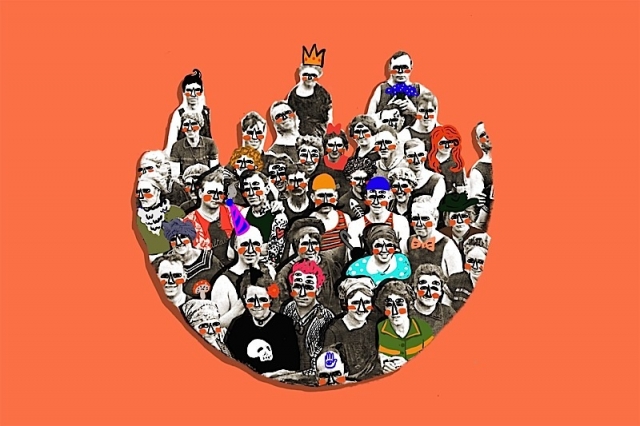 Joey Hamburger’s work serves as another example of the Minnesota Fringe Festival as a place where you can see new playwriting by gifted playwrights who excel at their craft. Two others this year are Matthew Stoffel (Artificial) and Michael Rogers (Chorus).

With A Cult Classic, Hamburger goes beyond mere cleverness, of which there’s always an abundance of at Fringe festivals. He taps into the human need for a savior while the audience rolls in the aisles with laughter. The night I attended the audience was ecstatic.

Hamburger writes of a charismatic cult leader who has gone missing. Power plays based on his absence and a misreading the situation by those left bereft without him, spin satirical gold. If you didn’t laugh, you’d cry in horror at how swiftly and unconsciously people can succumb to suicidal groupthink. It’s something that merits mulling over in a time when sensational one-sided ravages the media.

Sheep Theater director Michael Hugh Torsch’s cast is hilarious but its crucial to remember that religious cults can be perilous, something Hamburger clearly understands. A Cult Classic is directed and acted so that we can’t help but feel that these madcap characters are flirting dangerously with mortality.

It’s worth recalling that San Francisco’s People’s Temple under the mad misguidance of Jim Jones, sent over 900 people to their deaths, a third of them children, by drinking poisoned Kool-Aid in Guyana in 1978. Daniel J. Flynn’s Cult City looms as a compellingly detailed examination of how marginalized communities—both queer people and persons of color—and their leaders fell under his spell.

The Heaven’s Gate cult encouraged men to undergo castration in search of the ideology’s androgynous ideal. They expected to be spirited away by an alien spacecraft when Comet Hale-Bopp would come relatively close to the earth. 39 perished by group suicide in California in 1997.