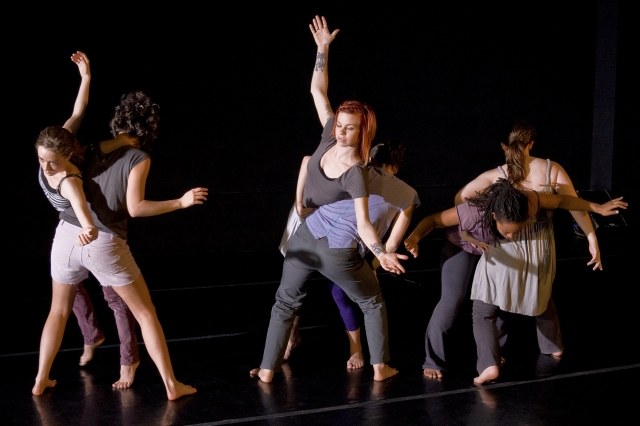 Salty Lark Dance Artistic Director Madeleine Reber says she has returned to what she calls “a hyper ‘feminized’ representation of women’s bodies and identity. I wonder why being unmistakably female and beautiful often overshadows other expressive aims and dramatic intent in dance. As a woman, a lesbian, a feminist, and a performer, I am troubled by this trend. I am interested in ways of moving that challenge definitions of ‘beauty’, that express a range of ideas and aesthetic qualities, and give depth to women’s subjectivity.”

Salty Lark’s Parachutes in Our Pockets, as Reber puts it, “is not tied to a heteronormative vision. The sense of narrative or meaning conveys something of who we are with one another as human beings, in our many expressions of gender and sexual identity, as well as other ‘identifiers’.”

In X-ist, writer-performer Aimee Reiland takes a unique and richly informed view of the campaign against same-sex marriage and puts forth the idea that the small percentage of people born with ambiguous genitalia and those who can’t help but define as intersex could be denied the right to marry. If your genitalia doesn’t conform to the standards of what the law considers male and female, you could be denied a birth certificate. And as Reiland points out, with intellectual force, those standards are not always as cut and dry as you may think.

Les Kurkendaal is back from Los Angeles with One Way Ticket to Crazy Town, as well as Men’s Room Etiquette. Kurkendaal and E. Robertson give us a gay and a crossgender view of being in a men’s room. And there’s even a story within the show about Mitt Romney and his zipper issues! 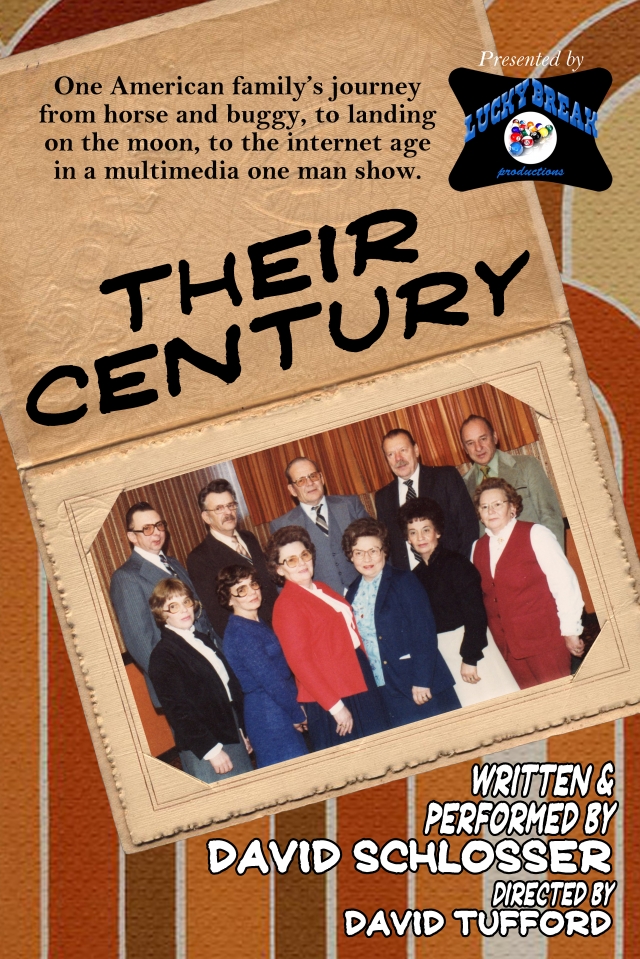 David Schlosser is well known and regarded for his work in glbt-themed theater. But in Their Century he shifts away from that and gives us a work derived from interviews with his father’s five remaining siblings. An homage to his Russian-American roots in North Dakota. Directed by David Tufford. Music by Michael Herrera-Markwald.