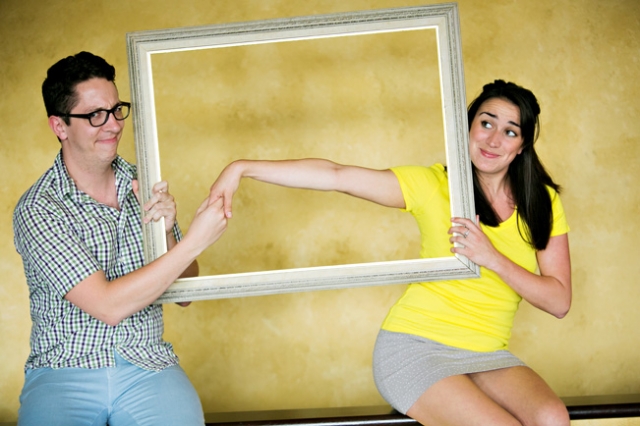 Though friendships between gay men and straight women are downright fabled, there is little serious inquiry into them. However, at Illusion Theater’s Fresh Ink play development series, you can see an advanced workshop version of last year’s Minnesota Fringe Fest hit, Fruit Fly, co-written by Max Wojtanowicz and Sheena Janson. New songs with music by Michael Gruber will be part of this 80 to 90 minute version. Wojtanowicz will be joined this time around by Cat Brindisi in the role originated by Janson.

Director Peter Rothstein shares “it takes the ‘fruit fly’, ‘fag hag’ idea and turns it on its head. There’s not a lot of representation of gay men an straight women and the intimacy that can be part of those friendships.” In recent years Rothstein has impressed audiences with his marvelous productions of M. Butterfly and Other Desert Cities at the Guthrie.