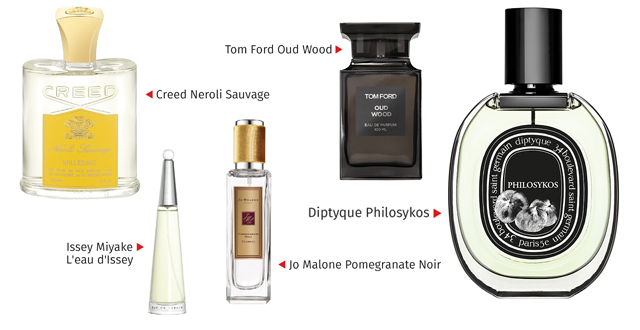 Walking through a department store, you can always tell when you’re getting close to the fragrance counter. The scents waft through the air, almost like one of those cartoons where the scents form a smoky hand that grabs you and drags you over to the counter. It lures you in, there’s no doubt about it.

But once you actually get to the fragrance counter, confusion sets in. Countless options are splayed out before you; how do you decide which bottle to take home? And for members of the GLBT community experimenting with fragrances across the gender line, navigating the counter is increasingly mind-boggling.

Relax and breathe. Nordstrom’s Midwest Regional Beauty Director, Kelly K. Edwards, says it is far from uncommon for men and women to cross the gender line at the fragrance counter; it’s all about the preferences of the individual picking the fragrance.

According to Edwards, the important thing to keep in mind is that a person’s body chemistry determines how each fragrance will react or dry on his or her skin (for example, smoking and diet impact body chemistry). Other than that, just know what you’re looking for. Traditionally, men’s fragrances smell a little more “masculine,” sometimes using notes like wood. Women’s fragrances tend to be a little softer and often incorporate floral or vanilla notes.

That being said, there are scents that both men and women can easily wear; gender-neutral fragrances, if you will. “Some of our customer’s favorite unisex fragrances are Creed Neroli Sauvage, which is very fresh and full of citrus notes,” Edwards says, “and Tom Ford Oud Wood, which switches gears a little with its warm undertones.”

For those looking to cross the gender line at the fragrance counter, Edwards recommends starting with some of the fresher scents, like Chanel Bleu or Issey Miyake. This will help bridge the gap since a lot of the fresher notes in men’s and women’s fragrances are the same. Above all, Edwards says to pick out a scent based on what smells good to the individual. She says, “Stay true to how you want to smell and have fun with it!”

Edwards’ greatest advice when seeking out a fragrance is to not over-analyze it. “Fragrance is such a personal thing, so just remember to stay true to who you are,” she says. “It is always best to try fragrance on skin if possible. Talk to the fragrance expert about what scents you like or how you would like to smell. At Nordstrom, we offer complimentary samples of all fragrances!”

The advent of autumn means more than just pulling out the sweaters from the back of the wardrobe. People know to change makeup to match skin tones as they change throughout the year, but what about fragrances? With fall signaling the changing of the seasons, Edwards says it is a great time to introduce a new fragrance to your vanity shelf.

“Although fragrances can be worn across all seasons, fresh and clean scents are most commonly associated with spring and summer, like Diptique’s Philosykos,” Edwards says. “Jo Malone’s Pomegranate Noir, due to its pink peppercorns and patchouli, is an example of a warmer fragrance that goes great with a sweater and a favorite pair of jeans.”

Still not sure which scent to bring home? Stepping up to the fragrance counter and understanding what you’re asking for is the first hurdle. Make sure you are speaking in terms that the person behind the counter can understand and best help you.

All of the fragrances described are available at Nordstrom locations throughout the Twin Cities. Be sure to visit Nordstrom’s new location, opening October 2, 2015 at the Ridgedale Center.