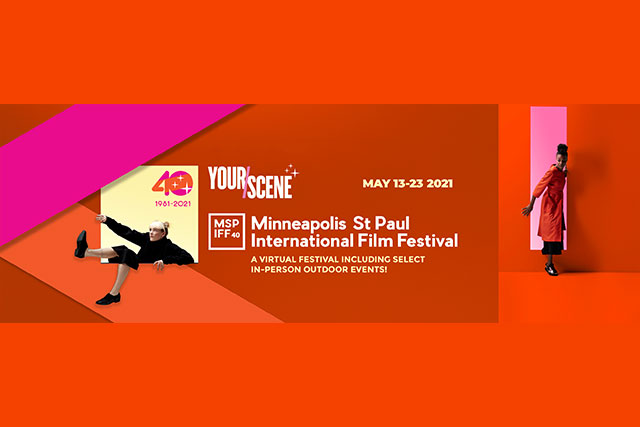 The 40th annual Minneapolis St. Paul International Film Festival will hit screens in May. This year may look different than prior iterations of the festival, but the show must go on. I spoke with Kelly Nathe, Publicity Manager for the MSP Film Society about the history of our state’s largest film festival, and what to expect from this year’s MSPIFF.

How long has the festival been running? Who is behind MSPIFF?

We are celebrating the 40th Minneapolis St. Paul International Film Festival (MSPIFF) this year! MSPIFF is the largest and longest-running film festival in the Upper Midwest, and at 40 years running, a true cultural institution.

MSP Film Society is the parent organization of MSPIFF. MSP Film Society is a member-supported nonprofit organization dedicated to fostering a knowledgeable and vibrant appreciation of the art of film and its power to inform and transform individuals and communities. In addition to MSPIFF, MSP Film Society also puts on the MSP Cine Latino Film Festival every fall, and screens international and independent films year-round at the St. Anthony Main Theater, and now on our own, virtual platform.

Where do you get the films that MSPIFF showcases? Students? First-time-filmmakers?

Our programmers select the films that end up in MSPIFF through a variety of ways. First and foremost is a general Call for Entries that MSPIFF puts out on a platform created for filmmakers to submit their projects to festivals all over the world called FilmFreeway. Secondly, most of our programmers travel to other festivals (in the pre-Covid world) and watch as much as they can with an eye on new discoveries to share with our audiences. And thirdly, they cultivate relationships with filmmakers, both locally and internationally, to track projects that are in production, in anticipation of programming them once they are ready for the world. We program films from all ages and all over the world, from high school students to veteran filmmakers to masters of cinema.

The festival is known for showing films from all over the world, including our own backyard. We pride ourselves on the bounty of films we select, in that you can travel the whole wide world and through time through our selections each year. Many of our international films are highly regarded in their own regions but may never play anywhere else in the [United States]. We are also quite proud of the Minnesota Made program, in which we provide a platform for Minnesota filmmakers to premiere their films alongside some of the greatest filmmakers from around the world.

How has COVID impacted the festival? Are you seeing a decrease in submissions?

Submissions to MSPIFF actually went up this year! Perhaps lockdown had a slightly positive effect on some independent filmmakers, in that they finally had time to finish editing their films! We also think that more established filmmakers as well as distributors have had a year to adjust to virtual festivals and are embracing these opportunities to reach audiences that might not otherwise be able to attend film festivals or have any screening opportunities for these types of films in their communities.

We were deeply impacted last year because the initial shutdown occurred just a couple of weeks before our festival was set to launch. Once we made the decision to pull the plug, our small staff had to very quickly shift gears and figure out how to present a film festival virtually, which we did a month later in May 2020. This was when no one in the industry really knew how to present a virtual festival or if audiences would actually “show up” to watch festival films and panels at home—especially since we all have access to so much content at home already. We were pleasantly surprised and beyond grateful that our audiences and sponsors remained enthusiastically engaged and embraced our virtual MSPIFF.

How about this year? How do I take in MSPIFF40? Any in-person screenings?

We are pleased to be able to present MSPIFF40 as a hybrid festival, with most of our films and all of our panels available to audiences throughout Minnesota on our virtual platform, and several in-person outdoor screenings planned at Como Lakeside Pavilion in St. Paul and a pop-up Drive-In at Bohemian Flats in Minneapolis.

Anything different this than in years past?

For more information and to secure passes, head to mspfilm.org.