Forces of Nature to be OutLoud! this Weekend 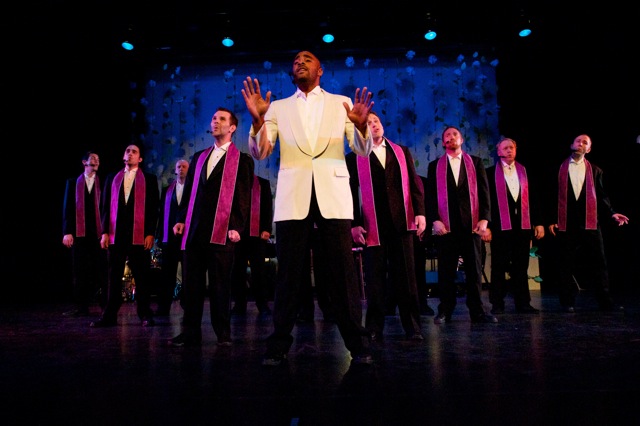 OutLoud!, a small ensemble comprised of select members of the Twin Cities Gay Men’s Chorus, is a force to be reckoned with in its upcoming show Forces of Nature on May 11 and 12 at the Ritz Theater. Channeling the four elements of nature (earth, air, fire, and water), these talented men will perform creative arrangements of crowd-pleasing favorites like “I Feel the Earth Move,” “Landslide,” “Ring of Fire,” “Glitter in the Air,” “Proud Mary,” and so many more.

The Twin Cities Gay Men’s Chorus is an award-winning community chorus made up of volunteers of all ages across the metro area. The non-profit organization provides men with an opportunity to connect with others with a common passion–music. But TCGMC isn’t just focused on creating entertaining performances. TCGMC uses music to build community and promote equality. In a recent press release, TCGMC says, “As an organization that celebrates diversity and uses music as a way to transform, educate and heal, TCGMC works towards the elimination of homophobia and intolerance through community outreach.”

Forces of Nature will be performed on May 11 and 12 at 8:00pm at the Ritz Theater in Minneapolis. Tickets are priced at $29 for general admission, and guests also have the option to sit at 4-seater cabaret tables (complete with a bottle of wine or non-alcoholic alternative) for $168. For more information and to purchase tickets, contact the Ritz Theater Box Office at (612) 436-1129, or visit the website at  www.ritzdolls.com. Tickets are selling quickly–don’t miss out!