Food is Fashion and Minneapolis is SO Hot Right Now 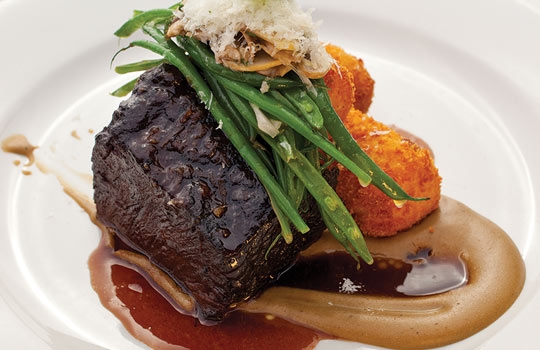 2012 was an amazing year for the food of the Twin Cities, more so with Minneapolis specifically, but all around our local hot bed of restaurants are finally starting to get some of the recognition that they deserve. It seems as though every week a different restaurant is being singled out by some national publication for their levels of quality, ingenuity or both. At this point it’s safe to say that Minneapolis is what’s hot when it comes to fashionable edibles.

Just last week local-upscale-comfort-food spot Haute Dish was singled out by MSN as one of the 11 restaurants in the country that are redefining the way we look at comfort food. No longer is it the stodgy casserole of old, but instead it’s a glamorous coming together of quality ingredients that still have the same soul warming qualities of the Midwestern style cuisine that many of us grew up with. 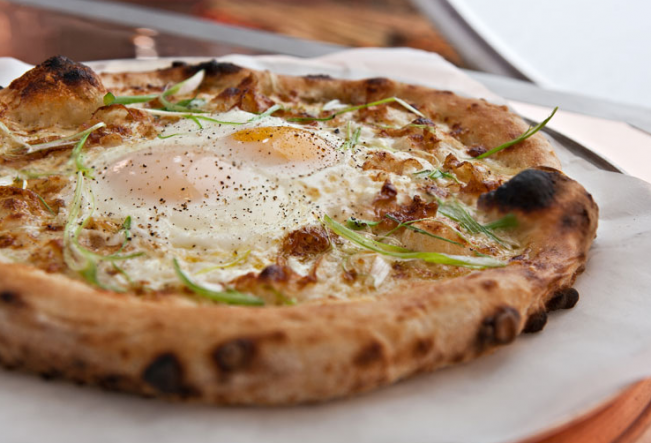 Almost immediately after I finished reading the article on Haute Dish, I came across another list put out by Food & Wine Magazine featuring the top 50 pizza places in America. Low and behold not one, but two local restaurants made the grade. Both Punch Pizza and Pizzeria Lola in South Minneapolis were given high praise by local-gone-national food personality Andrew Zimmern. Who ever thought that the Twin Cities could become home to some of the best pizza in the country beating out other pizza-centric cities like New York and Chicago. It’s hard to argue though given the amazingly unique wood fired pizza that you get at Pizzeria Lola. 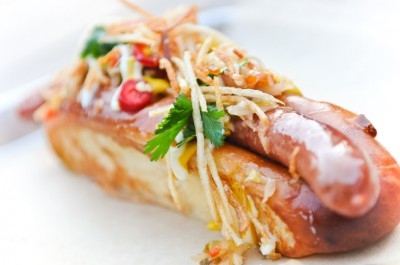 The very next day after those two articles were released, Midwestern Living Magazine published their list of best new attractions, hotels and restaurants of 2013. Again, not one, but two Minneapolis restaurants made the cut. Local meat haven Butcher & the Boar and the newly opened Prairie Kitchen & Bar in the Hyatt Regency were both deemed worthy as top Midwestern destination spots. 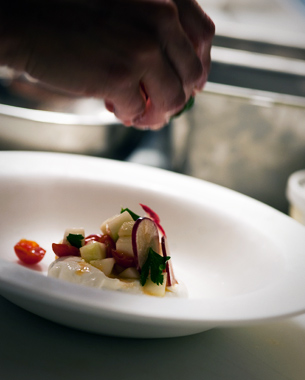 That’s a lot of attention in one week. Now let’s jump back a few months to when national publications like the New York Times were calling attention to the warehouse districts The Bachelor Farmer. They also got a nod from national food publication Bon Appetit for both the restaurant and their downstairs Marvel Bar. Oh yeah,  let’s also not forgot that while on a campaign stop, President Barack Obama decided to make The Bachelor Farmer his lunch spot. How’s that for some national PR?!

Other restaurants that received national attention this last year include Masu Sushi & Robata for their sushi, local food truck Chef Shack has been singled out be several national publications including USA Today, Forbes, Saveur and Bon Appetit, Local Chef/owner of Saffron Samah Wadi was a semi-finalist for the James Beard Rising Star Award and several other local chefs were also contenders for national food awards. Again, just as with the pizza, who would have ever stopped to consider that Minneapolis could possibly host some of the best sushi in the country, but low and behold, we’ve gone and done it.

If this isn’t enough evidence that the Twin Cities has succeeded in making a name for itself, then I don’t know what is. Again, food is fashion and Minneapolis is fashionable. How many of these restaurants have you been too? It’s time to get out there and start discovering the glamour and living the life. Just think, if the last year brought us all this, what will the opening of new restaurants like Borough & Parlor bring? How about UNION? What about places like the newly opened World Street Kitchen? The series of top notch establishes is clearly showing no sign of slowing down and we say let the good times roll people. Let the good times roll.