A First Bite of the Newly Opened World Street Kitchen 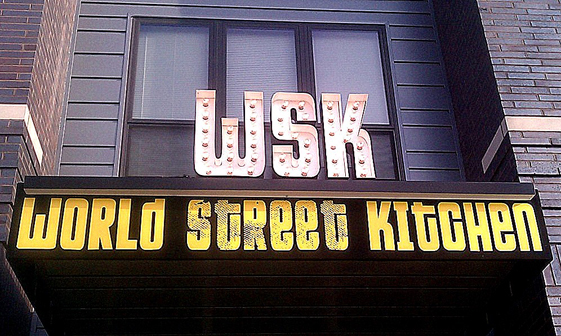 This week the creative minds behind the now infamous World Street Kitchen food truck (as well as Saffron Bar & Restaurant in downtown), have opened a new Uptown area restaurant featuring their eccentric brand of street food in a more year-round friendly environment. Chef Sameh Wadi and his brother Saed have launched their new brick and mortar location at the intersection of Lyndale Ave and 28th Street South. The restaurant features a smattering of street food offerings that will be familiar if you frequent their truck, but they’ve also expanded on the concept with a cadre of new additions. 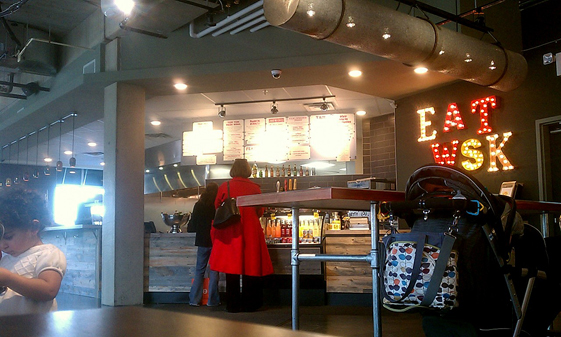 Unable to resist the beck and call of their new endeavor, I had the opportunity to slink in and check it out. I ordered more food than I thought I could eat with the intention of trying to bring some home for later, but I failed. I failed miserably, but more on that later.

The interior is nice and simple. It’s a good showing of what a fast casual concept should look like. It’s both open and bright while featuring a classy yet playful aesthetic. 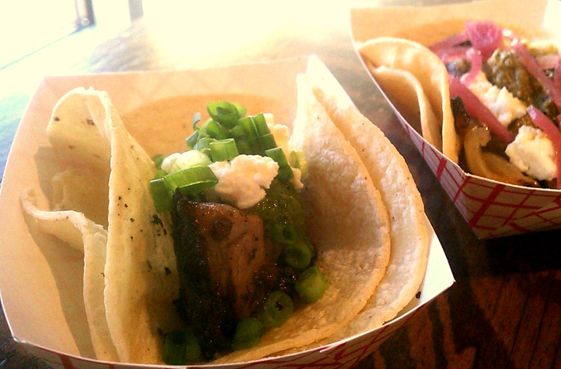 For a pre-lunch “appetizer”, I ordered up a pair of tacos. One jerk beef and one mushroom with charred squash. Veggie tacos are something that often are wholly unappreciated and this one proves to be a good example as to why. The earthy mushroom flavors paired with the sweet squash that have been tinted with a slight bitter flavor from the char are perfectly punctuated with a light dressing of pickled onions and some crumbles of creamy queso fresco. The jerk beef taco is really something special. A fatty hunk of brisket is slow roasted for 8 hours allowing for the edges to get crisp.  When you take a bite the exterior shell gives way to beef that is almost silken in texture while the slow roasted fat turns into a veritable meat butter that adds a tremendous depth of flavor and richness. On top of the whole thing is a mint based chimichurri that prevents the dish from becoming overly rich. Each taco rings in at $3.00 which does fall on the high end of my taco purchasing scale, but both pack the flavor to back up the somewhat hefty price tag. 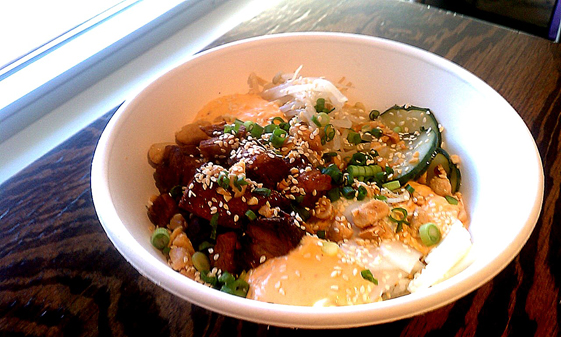 The Yum Yum rice bowl was meant to serve as something that I’d try a few bites of and bring the rest home for later. It’s something I’m familiar with as I’ve eaten it several times off of their truck. It’s a beautifully unique dish carrying with it a flavor profile that you’re not likely to see anywhere else in town. Rooted in Southeast Asian cuisine, the Yum Yum bowl tends to defy the Midwestern concept of what Asian food is, but it’s simply a must have item.

The bowl is packed with perfectly cooked white rice and is topped with your choice of protein, a soft poached egg, a garnishing of pickled cucumbers and Daikon radish, and is topped with chopped peanuts, sesame seeds and scallions. The whole thing is then dressed with a spicy mayo. The flavors are rich yet fresh and vibrant. I had mine topped with luxuriously cooked lamb belly. This might be difficult to do, but close your eyes and imagine a more flavorful version of pork belly. If you can muster up the strength to let that thought cross your mind, you might have an understanding of what lamb belly tastes like. It’s fatty and it’s rich just like the porky variety of belly, but it has a slight after-note of that gaminess that’s associated with lamb. All in all this dish has all of the major flavor profiles covered. It’s sweet, sour, salty, spicy, and earthy all in one glorious mouthful. 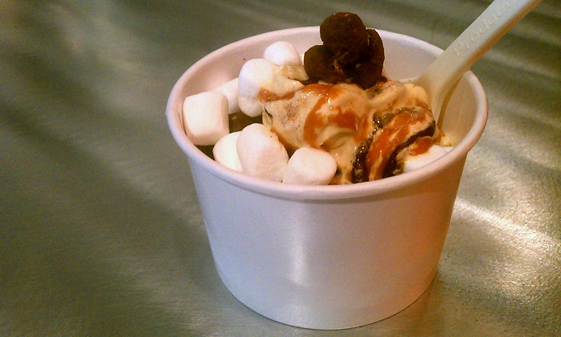 After that I was prepared to call it a day, but as I was leaving Chef Wadi caught up with me insisting that I couldn’t leave without taking a sample of their house made soft serve for a spin. I initially had intended to try that on another visit, but one does not simply walk away from a sample of ice cream, especially when it looks like what’s pictured above. In a Tweet I posted immediately after trying it, I had stated, “Seriously. There have not yet been words defined that can describe the salted caramel soft serve at @eatwsk1 [WSK’s Twitter handle],” and I stand by that. I have yet to come up with words to describe the soft serve, but what I can say, is that come summer time, Sebastian Joe’s better watch their backs…

If the Wadi brothers keep up the momentum they’ve built up in their first opening week, World Street Kitchen is certain to become a Twin Cities staple. Doing what Chino Latino meant to do, but in a fast casual format that puts the genre to shame, WSK could just be the dawn of a new era.