Flying Sorcery – A Stirringly Mythical “The Minotaur or: Amelia Earhart is Alive and Traveling in the Underworld”

The Minotaur or: Amelia Earhart is Alive and Traveling Through the Underworld by Sheep Theater 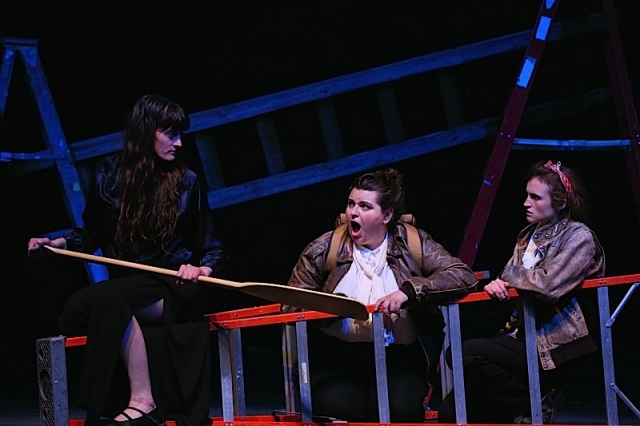 Sheep Theater’s exhilarating production of The Minotaur or: Amelia Earhart is Alive & Traveling Through the Underworld is an example of a great idea becoming a terrific play. Too often, the opposite occurs, where the great idea doesn’t go anywhere beyond the original thought phase. But that’s not the case on stage at the In the Heart of the Beast Theatre where the Sheep are performing. Co-playwrights Joey Hamburger, Iris Rose Page, and Michael Rogers, who also play three of the characters, clearly know their Mediterranean mythology. The trio has infused the piece with rich mythic meaning and an informed grasp of how the various archetypal figures relate to one another and the human condition. In particular, they’ve mused on the legend of Icarus, who escaped the island of Crete on waxen wings made by his inventor father, Daedalus, only to crash to the sea because he flew too close to the sun.

What sparks the magic is the contrasting of a modern figure, utterly mythical in her own right. Someone who in life, and even more so in death, was iconic and still looms larger than life: aviator, Amelia Earhart. In 1928, she was the first woman to fly solo across the Atlantic Ocean, earning her an unprecedented place in history. But as if the gods themselves wanted to increase her legend even more, Earhart’s disappearance, along with navigator Fred Noonan, on a flight over the Pacific Ocean nine years later, transfixed the world. Along with the burning of the Reichstag and the JFK assassination, it is one of the great collective mysteries of the past century. Theories and speculation still abound and always will.

The Minotaur doesn’t include Noonan, but replaces him with Earhart’s flight instructor, Neta Snook. Hamburger says, “We wanted to turn the reality of Snook as Amelia’s mentor on its head and make Amelia mentor to a younger Snook—but in the end, Snook becoming the mentor to Amelia and back and forth, exploring the friendship inside of a mentor/mentee relationship.” 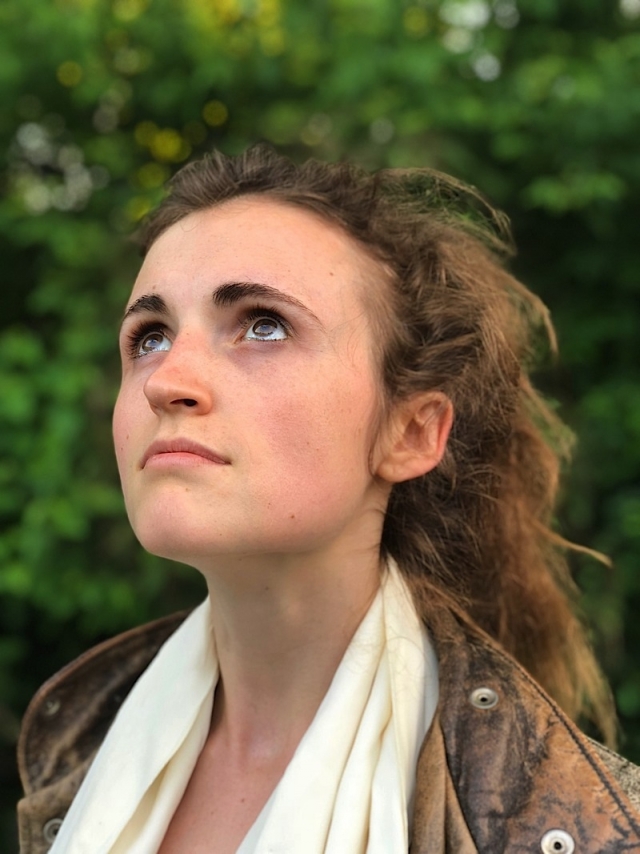 This unusual choice pays off in delightfully charged chemistry between Page as Amelia and Madeleine Rowe as Snook. Page embodies the pilot’s valiance and insecurity. Just as Icarus unthinkingly defied the gods by not heeding Daedalus’s instructions, so Amelia has done by impulsively flying into the eye of a storm. Perhaps Snook, ultimately being a mentor, is like Daedalus. We relate to Rowe’s touching performance because Snook is the person facing the unintended consequences of their dream gone abruptly awry. There is a sense of personal guilt and being a plaything of the gods. Fate propels us inexorably toward whatever it will. As the Soothsayer says, “You cannot go back. You can only go forward.”

The performance begins with the audience entering as a group and gathering right on stage to see the two stunned women in the crash wreckage. When Poseidon, god of the sea (a hilariously caustic Hamburger), swoops down from above to run them off, the women start to grasp they’ve entered a metaphysical portal. Worse yet, there seems to be no way out. That is, until the urgent Icarus, played here by a woman (a wonderfully gritty Tara Lucchino), connives to take them to the Underworld where Daedalus is kept prisoner by Minos, the judge of that realm. Minos’s other prisoner is the half man/half bull Minotaur who symbolizes destructive unbridled violence. His dark potential is unspeakable. He is the ultimate bogeyman, or bogeymonster, if you will. One is reminded of how Americans and Soviets were compelled to project many of their worst fears of one another during the Cold War.

After the first scene, the audience take seats in the house and witnesses a journey to the Underworld, minimally staged. For example, a ladder represents a ferry boat. Technical elements are very basic. A strobe light is literally carried onto the stage by an actor to add a visual to figures descending into the Labyrinthine unknown. The effect is simple, imaginative, and enthralling. Director Michael Torsch’s bare bones approach is beautifully augmented by his gift of eliciting deeply felt and frequently humorous performances from all the actors.

The performances are also heightened in their delivery—sometimes deliberately over the top. It’s not unlike watching a cinematic Bible epic from the 1950s to early ’60s, or one of the Hercules and Sinbad pictures from the same period. Robb Goetzke’s Minos, the epitome of totalitarian arrogance, recalls Jay Robinson’s Caligula in The Robe. Madhu Bangalore’s Charon, the ferryman of Hades, and Tom Schultz’s Phemus, lackey to Minos, capture the essence of the common man, perpetually at the effect and behest of the powerful.

Meg Bradley brings cryptic dignity, mixed with irony, to the Soothsayer. Michael Rogers’s Hades emanates sophistication and this same actor who also co-wrote the script, also finds two inspired moments of stage action with a big ball that sends up the myths of Sisyphus and his eternal pushing of the boulder up a hill and of Atlas carrying the world on his shoulders. Pure delight! Jacob Mobley is a young actor, but as Daedalus he taps vividly into the shattered spirit of an older man who profoundly regrets his past choices.

The role of the Minotaur is rendered with commanding primal power by a dynamic Trevor Simmons. One is reminded of Tarzan of the Apes. Of course, as you probably have guessed already, this monstrous archetype has a sweet streak and Simmons brings that out with stately grace in certain well-placed moments. So often we find out that those we thought were so threatening, actually have a real capacity for gentleness. Simmons also plays the drums with gusto.

The vintage film element resonance further transports the staging with an utterly magnificent score by John Hilsen. This composer-keyboard musician has an uncanny ear for the orchestral sounds of the early and middle 20th century and their deep influence on film scores. At points his music is breathtaking. Phil Uttech’s lighting suits the space and atmosphere perfectly. 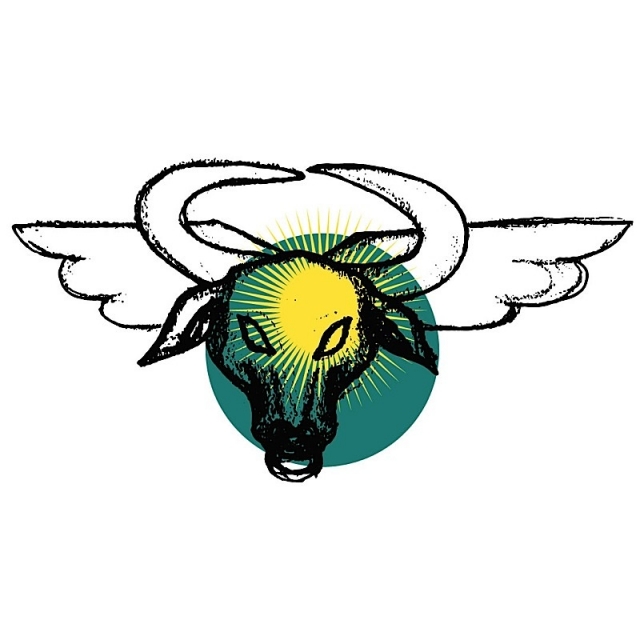 The Minotaur or: Amelia Earhart is Alive & Traveling Through the Underworld
Through June 23
In the Heart of the Beast Puppet and Mask Theatre,1500 E. Lake St., Minneapolis
800-838-3006
www.sheeptheater.com