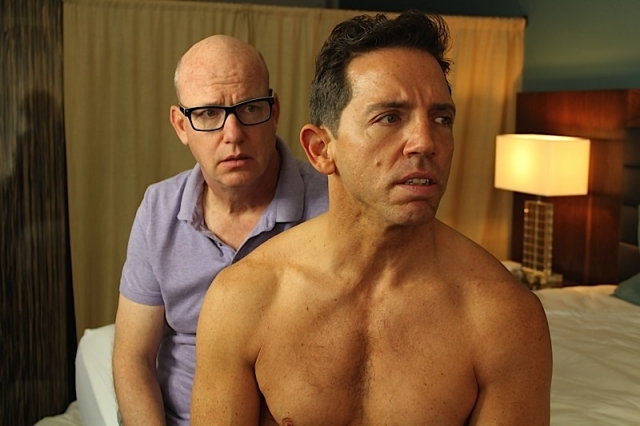 With Electricity, playwright Terry Ray deftly chronicles gay experience from 1983 to 2013 with a resplendent mix of hilarity and tender emotions. Ray also plays one of the two roles in the Off-Broadway bound tour of the Los Angeles hit with co-actor Mel England. This impeccably rendered production plays in a short run at the Camp Bar Cabaret. 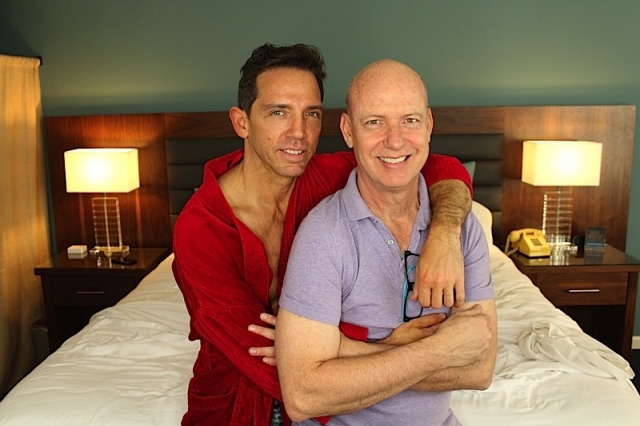 Opposites attract as Gary, played by Ray, and Brad, played by England, meet once a decade in a motel room in their conservative Ohio hometown. This pair of actors is simply magical in their chemistry. Gary starts out being deeply closeted and dreadfully bashful while Brad is frankly the very picture of ’80s unsafe devil-may-care debauchery. As each decade passes, their very different defense mechanisms break down while new insecurities sprung from the horrors of the AIDS crisis, parental issues, and the challenges of gay life bring forth despair, new struggles, and enough joy to remind them that life is a gift. The title is based on the electrical charge between the two that never flags over all the decades ever since adolescence.

Steven Rosenbaum, who helmed the original production, and co-director Amy Rowell, have staged Electricity with a vividly meticulous grasp of its emotional volatility and poignancy, not to mention comic timing that sparkles. Ray and England deliver intensely natural performances in a gay love story that endears, delights, and will surely endure as an important play about being gay in our turbulent times. Electricity contains nudity and politically incorrect references that enhance its intimacy and honesty. It’s a production not to be missed!