Finally, a Stage Version of “1984” That Does Justice To Orwell’s Original Novel 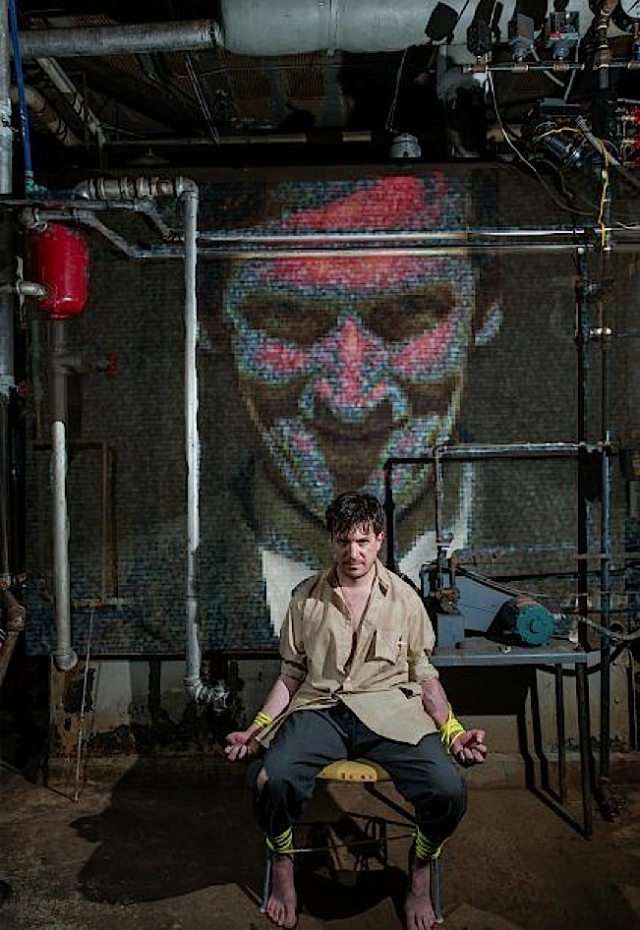 The 20th century has four great English language literary figures who have come to be deemed as prophets of the current and impending age. They seemed to foresee the current anguish around unchecked surveillance, harsh socio-economic marginalization, endless war with constantly changing enemies, and institutionalized torture -both psychological and physical. They are Anthony Burgess, Aldous Huxley, Doris Lessing, and George Orwell. Some will call them “old school” but they laid it on the line and those who have written since then, stand on their shoulders.

Of these four giants, Orwell has been most influential. Since the 2000 presidential election the term “Orwellian” has come into common usage more than ever before. His signature novel, 1984, tells of a society ruled by the arbitrary and enigmatic Big Brother whose ubiquitous telescreens continually surveil and record the actions of the populace. We never really know who or what the proverbial “man behind the curtain” actually is.

Michael Gene Sullivan’s haunting stage adaptation has renegade protagonist Winston Smith being emotionally raped by “enforcers” who hover around him during his interrogation. It’s clear that he is being set up by the dystopian state as a traitor and his every response is met with distortion by the chief interrogator and his heavies. Orwell and Sullivan are acutely aware of how sexual shaming can be a mighty tool in controlling sexually ignorant citizens. It brings to mind religious inquisitions of the past and present and extraordinary rendition of recent years. 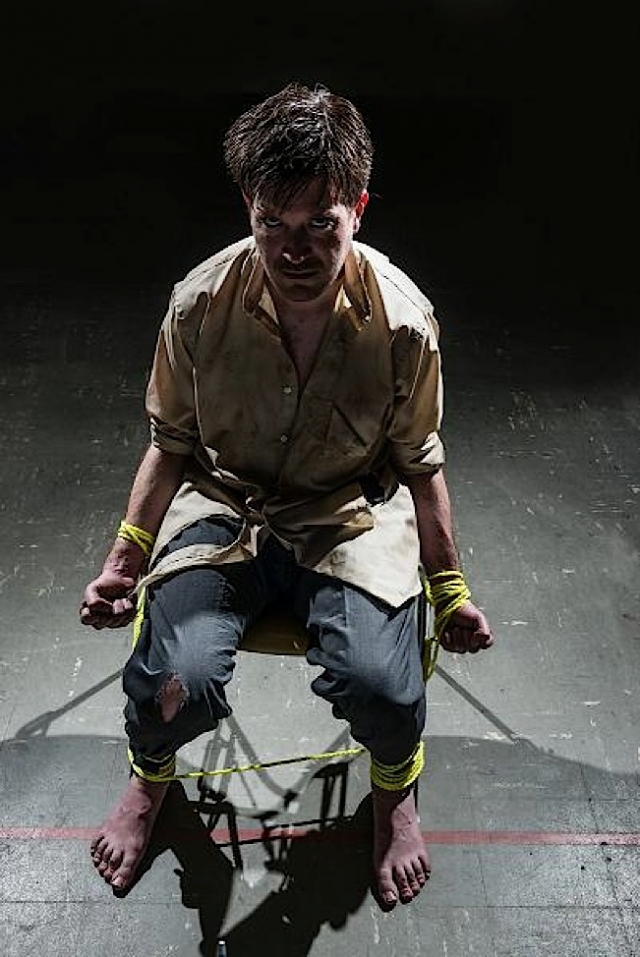 Director Carin Bratlie is in top form. She has taken what could have been a static staging and turned it into a gripping ensemble experience by Theatre Pro Rata. In a truly courageous performance, Grant Henderson delves into the darkest recesses of Winston’s psyche as he is mind-raped continually by the interrogator and his gang of enforcers while tethered center stage. William Goblirsch, Emily Dussault , Brian Columbus and Kory LaQuess Pullam are like a four-pronged organism that invasively weaves into his space by reimagining his past and intimidating him with propaganda: 2 + 2 is 5. Ignorance is Strength. War is Peace. Bratlie’s actors numinously unmask what one imagines a psychological operation is like.

Manipulating the whole affair is the stunningly suave chief interrogator played by the marvelous John Middleton. Middleton’s performance is a frighteningly understated rendition of institutionalized evil. Among the ensemble he is contrasted yet oddly matched with an equally terrifying Columbus who plays a party member enforcer who is a brownshirt True Believer. One gets the sense that Middleton’s interrogator knows that the secret government he eloquently speaks for is a sham, but Columbus’s character is like so many ‘average’ people who are incapable of considering the possibility that their beliefs are actually deadly illusions and brainwash. In some ways, Columbus gives the most chilling performance in a production packed with chilling performances. 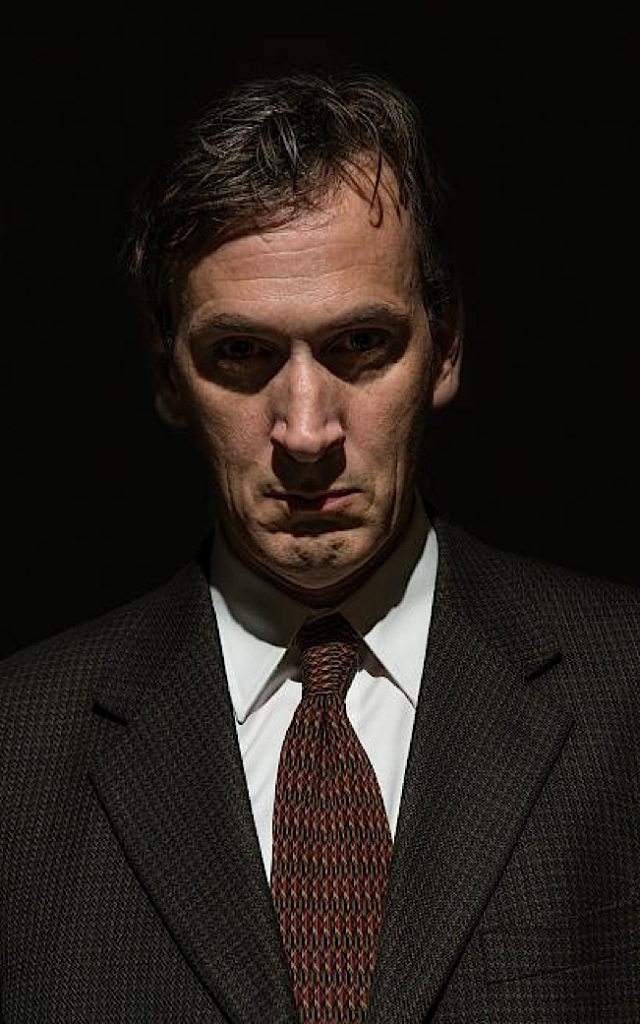 Liberals and conservatives love to bash one another about the other’s authoritarian track record on unwarranted wiretaps and privacy invasion, etc. And both sides have often invoked the term “Orwellian” to criticize the other. But in point of fact, neither side has room to accuse. Obama holds the record on punishment of whistleblowers surpassing any Republican ever. And the Republicans spearheaded the Patriot Act (backed by all Senate Democrats except Russ Feingold of Wisconsin) to pave the way for a post 9-11 acceptance of increased and more bureaucratized surveillance that is largely nontransparent and extremely expensive. Neither side has ever dealt with the issues raised by Edward Snowden with true integrity. It’s this collapse of constitutionality that is at the core of 1984 in 2014. We can’t say we weren’t cautioned.