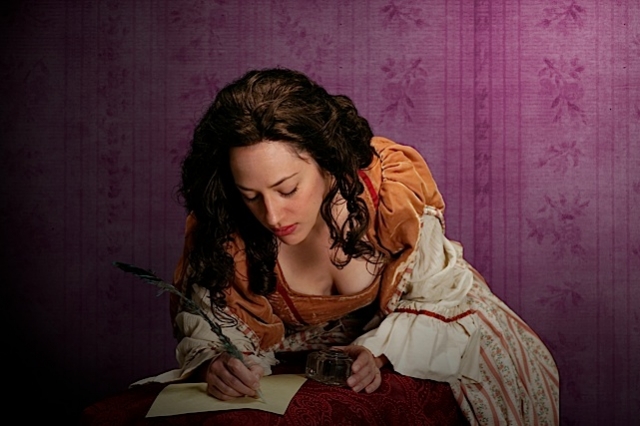 Pleasure is said to be a gift of nature in playwright Liz Duffy Adams’s marvelously written and foolishly titled Or, – yes, the comma is part of the title. Adams’s hilarious comedy is a speculative re-imagining of spy/playwright Aphra Behn who looms as a major figure of the English Restoration of the 1600s. The Restoration restored Charles II (a character in this play as well) to the throne after two decades of Oliver Cromwell’s Puritan dictatorship. The Puritans closed the theaters so some theater artists went underground. Charles II re-opened them with the progressive action of finally allowing women to act on stage. Before the Puritans, theaters could only employ men to act all parts regardless of gender.

A dynamically endearing Emily Gunyou Halaas plays Behn, who for the first time in her life has a room of her own where she can pen a play that hopefully might be a commercial success and make her rich. Adams’s and Halaas’s Behn is bisexually active and crafty without being trashy. The sex-positivity of the script and the likable characterization are wonderfully realized. Flirtation and serious emotional/sexual interest between women and men and between women and women make Or, a kind of sexual playground. But not necessarily in the ‘no strings attached’ way. The script’s sexuality is playful while always keeping the characters’ humanity in focus. 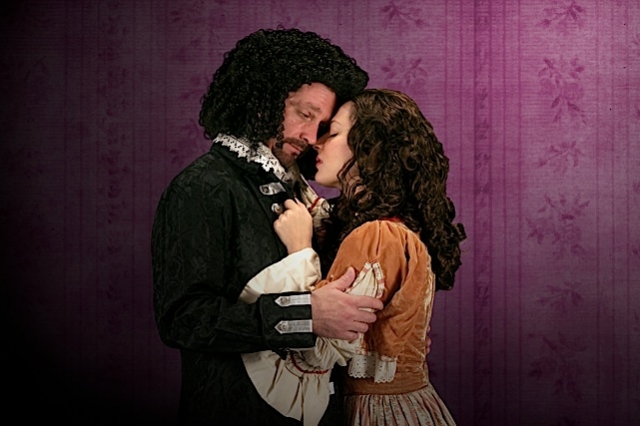 Matt Guidry and Mo Perry shine in multiple roles that are both funny and substantive. Indeed, their transitions and quick changes -not to mention the kinky references- are dazzling, yet all three actors authentically portray segments that contain serious erotic power and emotional depth. For example, we shift from lightheartedness to hearing about a girl gang-raped to death by soldiers. Adams understands that the free love spirit is something we must delight in but she also reminds us of what happens when sexuality succumbs to violence. Adams has a gift for juxtaposing blithe giddiness and free-spiritedness with concerns of dire gravity. This is a much needed counterpoint to our South Park-era where suffering is trivialized into testosterone-driven juvenile humor. 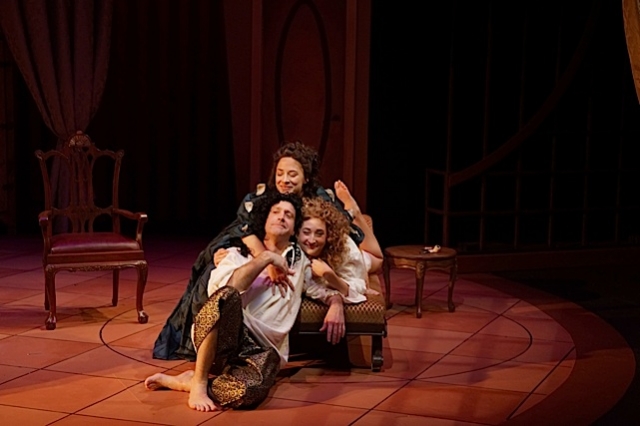