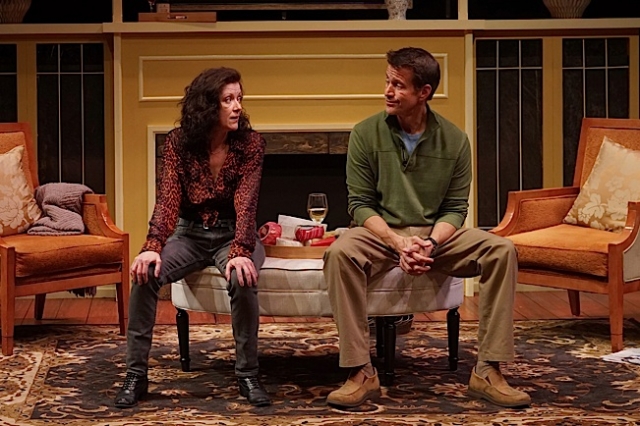 At Park Square Theatre, director/designer Joel Sass has for the most part mined fascinating and grittily nuanced performances in Good People by David Lindsay-Abaire. Once again, Virginia Burke is tremendously strong. This time she’s working-class Margie, who can’t hold down a job, pay the rent, properly care for her disabled adult daughter, and she’s pushing 50. Her response to this is to play the victim card and she does so to enraging effect. Just when you get clear that yes, Margie does indeed has a heavy cross to bear, she indulges in guilt/shame inducing, envious, racist, and homophobic interchanges that undermine the empathy one wants to feel for her. 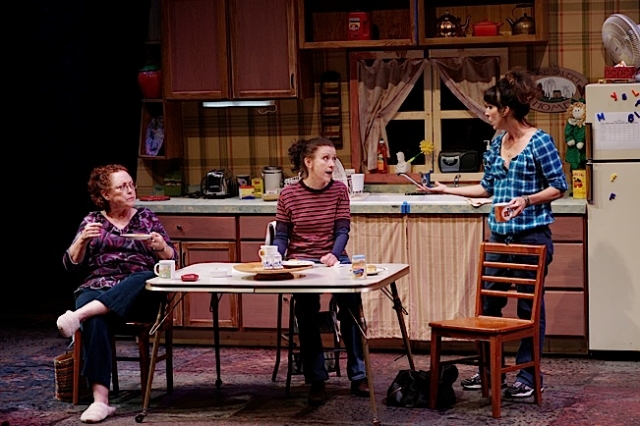 The one she envies most is a school mate from over three decades earlier. Mike left their South Boston blue collar neighborhood and ‘made something of himself’ by becoming a successful doctor. However, he too has a shadow side which Lindsay-Abaire masterfully reveals, though actor James Denton could still fall deeper into those shadows. The character’s Prince Charming persona is right on target but there needs to be a more turbulent undercurrent that Denton could still plumb. He is nicely matched by Hope Cervantes as Kate, his picture-perfect wife whose dark skin triggers not-so-passive-aggressiveness in Margie.

Supporting actors Angela Timberman and Jane Hamill are perfectly detestable, as they should be, like a vulgar racist version of radio stars Lori and Julia. Sam Pearson as Stevie, one of Margie’s much younger bosses, is vibrant as a man who manages to miraculously rise above the negativity even when you feel he’s earned the right to throw his hands up in the air. 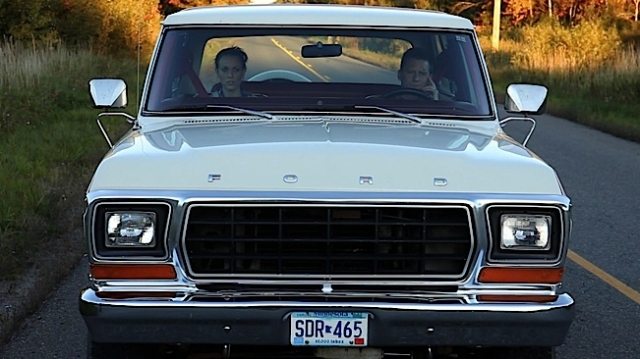 At Minneapolis Underground Film Festival there’s a different but equally negative female/male dynamic in Jeremy Doyle’s ingenious feature, Tilt. Wade Dienert and Danielle West crackle with an oddly magnetic chemistry as a father and daughter in Brainerd, Minnesota. She has been violently raped, hence severely traumatized, and he is manically obsessed about men he suspects committed the crime. Writers Julie Keck and Jessica King have crafted a landmark script about the perils of what can happen when people jump to disastrous conclusions about sexualized violence. 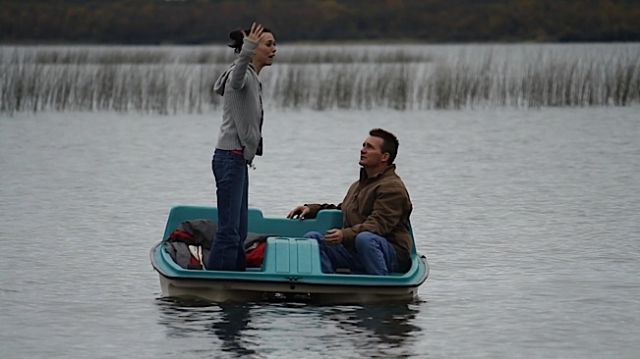 Dienert’s is a gritty embodiment of the macho blue collar man faced with something out of his coping ability. He enrages the viewer on the one hand but then has our sympathy at times on the other. West’s is a brave performance that dares to consider the dark side of a rape victim, something that some will bristle about.

Except for a few moments of actors overplaying, Doyle’s directorial hand is superb. The pacing is riveting and the measured use of graphic violences is masterful.