‘Far Out Isn’t Far Enough’ Addresses Censorship, Ostracism, and a Side of World War II You May Not Know About 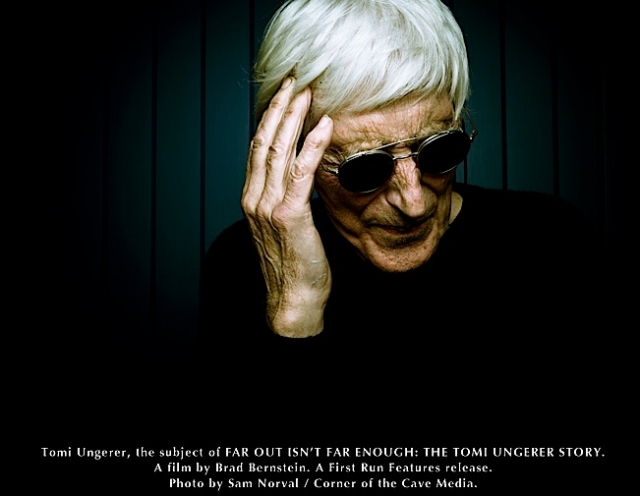 Far Out Isn’t Far Enough recalls how Tomi Ungerer (b. 1931) could go from acclaimed children’s book illustrator to a creator of erotica. Documentary film director Brad Bernstein gets to the heart of how the man could balance these polarities. Having been only a boy when the Nazis came to occupy his native region of France, he was compelled to speak only German by Fascist decree or else suffer the consequences. His grim graphic illustrations from that time, which are shown in the film, clearly reflect his state of mind.

When the Nazis were eventually defeated, the French burned the books of classic German writers of centuries past, long before Hitler, like Goethe, from Ungerer’s local library. Ironically, as Ungerer points out, the Nazis were notorious for their own book burning. Further irony: Ungerer was ostracized socially by fellow French citizens for speaking with a German accent. Of course, having lived in Nazi-occupied France, the accent was inevitable if you, and in some cases, your own family, wanted to stay alive. 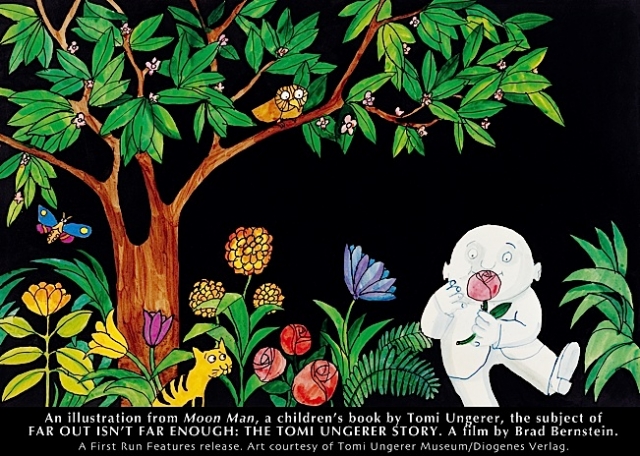 When his illustration career began in New York, Ungerer’s dark aesthetic revolutionized children’s publishing. It had been unthinkable to have a snake as a main and likable character but his ‘Crictor’ was just that. It was a sensation. Sections with the late illustrator, Maurice Sendak, a passionate defender of Ungerer, show Ungerer’s influence on his work. How wonderful Bernstein got to interview Sendak before his death last year. 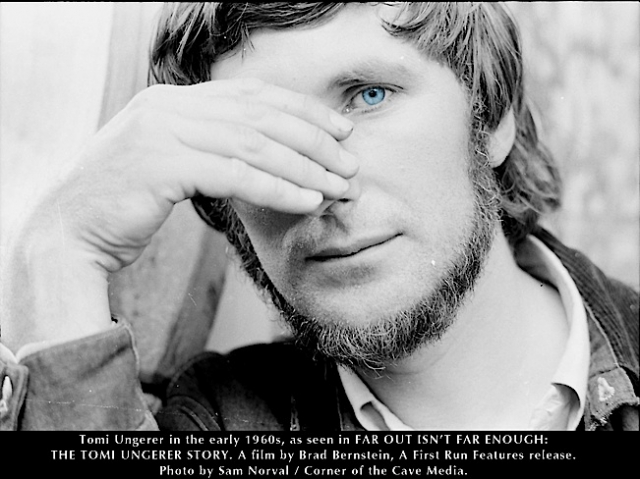 Tomi Ungerer in the early 1960s. Photo by Sam Norval / Corner of the Cave Media.