Falling Through Life With Chelsea Handler 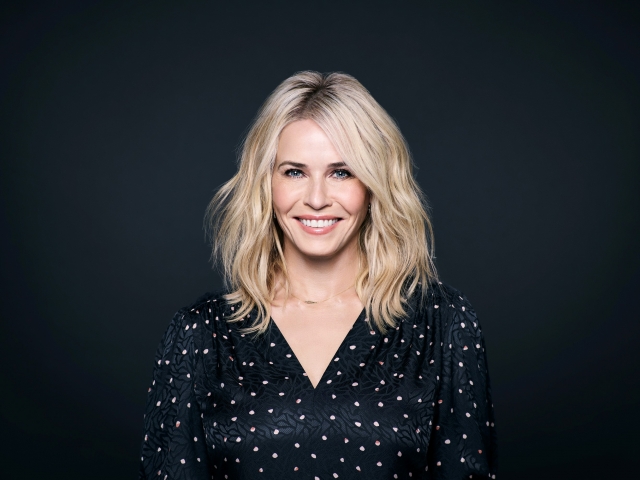 Chelsea Handler will be stopping in Minneapolis on Saturday, July 13 as part of her “Life Will Be the Death of Me” tour.

Chelsea Handler might be falling through life, but her audiences are undoubtedly falling for her. After visiting various cities for her sit-down comedy tour based on her newest book, Life Will Be the Death of Me, it became clear that audiences wanted more than just conversations with Chelsea Handler; they wanted only Chelsea Handler.

And that’s what they got.

Handler’s sit-down book tour quickly became a stand-up comedy tour, adding stops in cities like St. Louis, Atlanta, and—brace yourselves—Minneapolis. Though Handler has been out of the stand-up game for quite a while, she says she’s eager to be back.

“This will be the first weekend of the stand-up portion of the tour. It’s been a long time since I’ve done stand-up, but I’m coming back to it in a natural, organic way,” she says. “The conversational sit-down tour suited the book, but as I was doing it, it became more and more of a stand-up show. People who were interviewing me were talking less and less, and I was talking more and more, so I decided it needs to be a one-woman stand-up show.”

When Handler decided to turn the sit-down tour into stand-up, she had a poll on Instagram to see what cities she should add to her list of stops. Luckily for Minnesotans, Minneapolis was immediately added.

“I like the Midwestern attitude,” Handler says. “It’s a nice break from cities like Los Angeles and New York.”

Since six weeks of her tour coincided with Pride, Handler says she donated all proceeds from her tour merchandise to True Colors United, a nonprofit organization that supports GLBT youth who have been kicked out of their homes.

“It’s important to empower yourself and make decisions without other people making them for you,” she says. “This is a way for me to give back to the community. So many members [of the community] come to my shows.”

Handler’s stand-up show is based on material from her book, which focused on themes of grief, death, life, growing up, and the hilariousness of it all.

“It’s about everything. Being better, meditating, therapy… getting in a fight with a six-year-old at the airport. It’s about falling through it all and falling up,” Handler says.

Known as an advocate and ally of the GLBT community, Handler says it’s important for anyone with a voice to stick their neck out for marginalized communities, regardless of celebrity status.

Other than laughing their asses off, Handler says she hopes her audiences are inspired by her show to do better and to be better. “None of us are alone. We have all experienced grief, loss, tragedy. I came away with a lot more empathy than I went into therapy with, and I hope people can take that away [from my show], too,” she says. “I hope people feel connected. Everyone’s lives and paths are different, but a lot of us are in the same exact boat.”

After falling through life, Chelsea Handler is standing back up. Join her on Saturday, July 13. Tickets are available online now.