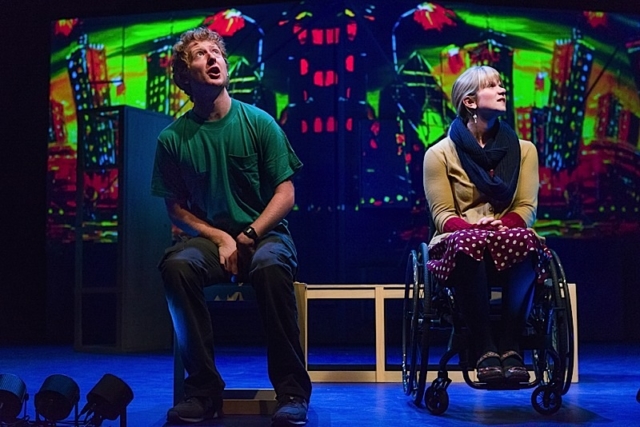 The Tony-winning Best Play production of The Curious Incident of the Dog in the Night-time was both praised and criticized for its Broadway staging. Boldly vibrant technological effects were meant to show the audience how overwhelming a person with autism experiences sensory elements at a given time. The problem with that choice was that the play itself was drowned in the flood of sound and images.

Happily, Mixed Blood Theatre has discovered the actual play itself. Simon Stephens’s script, adapted from Mark Haddon’s book, was somewhat buried in cacophony for Broadway’s commercial purposes. Jack Reuler has directed the area premiere of this remarkable play with loving and focused attention to the multiple emotional relationships between the characters that were muzzled in the bigger productions. So I suggest you go to Mixed Blood. 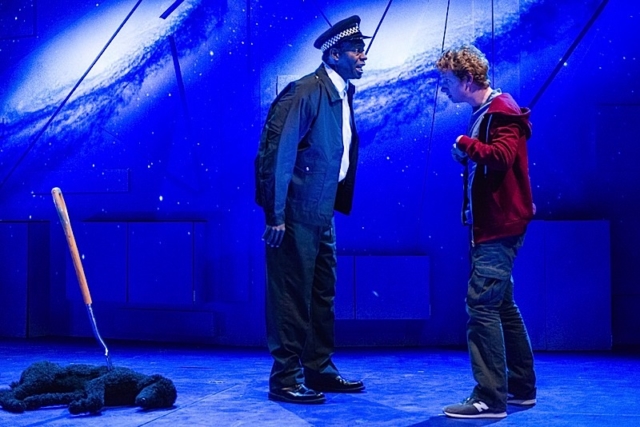 The production is led by a marvelous protagonist performance by the endearing MacGregor Arney as math whiz Christopher. When the 15-year-old happens across a brutally murdered dog, he is suspected of committing the crime. However, the teen is soon cleared and then pursues his own personal investigation to find the perpetrator. 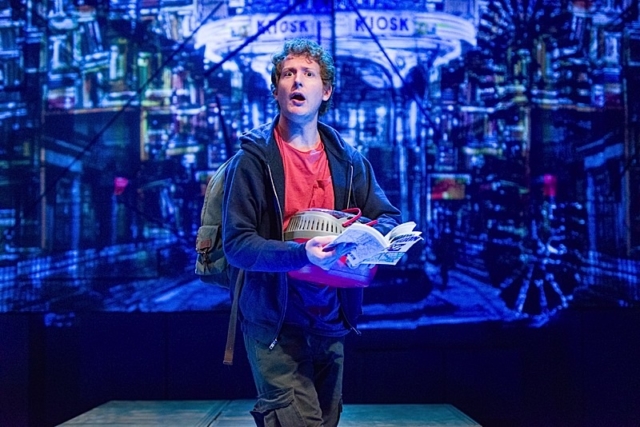 Christopher’s detective work uncovers two unexpected leads: his own parents. Reuler’s actors probe a cyclone of emotions swirling within the family dynamic with superb specificity. That specificity was not nearly as fleshed out in the Broadway tour that came to Minneapolis last year. Miriam Laube and Zack Myers deliver beautifully layered performances in the parental roles. 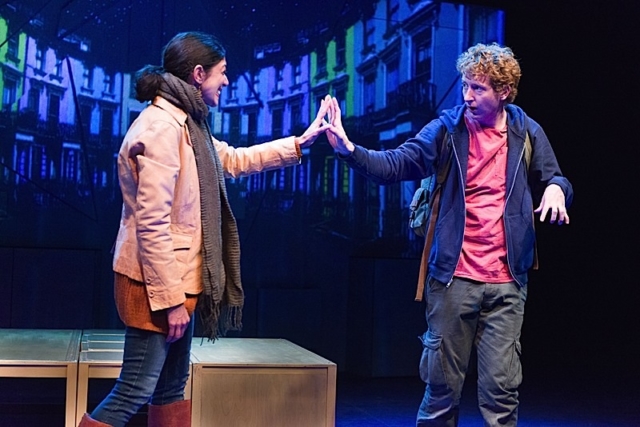 The ensemble clips along nicely, with a lovely balance of warm humor and heartfelt passion. For instance, for a scene where the youth innocently climbs down by the subway rails to rescue his pet rat, the co-actors elicit a notable mix of horror and compassion, adding to the edge-of-your-seat quality this production achieves.