Exhilarating and Exuberant! “Damn Yankees” Breaks Racial Barriers and Reveals Our Sports Fixation at the Ordway 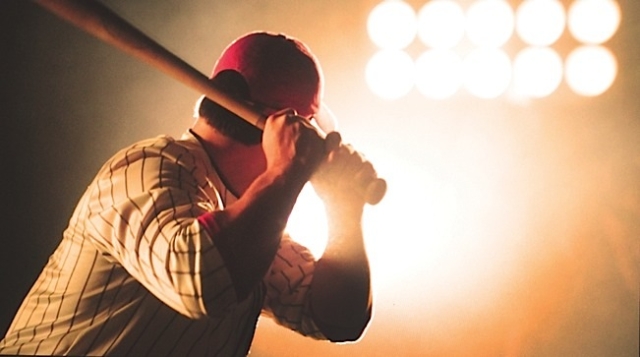 Photo courtesy of the Ordway.

The Ordway Center’s in-house productions of big musicals are generally Broadway caliber and their current staging of Damn Yankees lives up to that rep. Co-directors/choreographers James Rocco and Sharon Halley capture the 1955 contemporary re-telling of the Faust legend with full grasp of the textures of the “I Like Ike” decade while interracially casting its central married relationship.

Lawrence Clayton and Ann Morrison create a loving, cosy chemistry as Joe and Meg Boyd. He is black. She is white. George Abbott and Douglas Wallop’s book doesn’t specify race, though productions typically cast the couple as the same race. They love one another dearly but he is so obsessed with sports that she feels she lives alone during the entire football season even though he’s right there in the house, albeit glued to the tube.

Their team is the too often defeated Washington Senators and an evangelical yearning is afoot for the Senators to beat the invincible New York Yankees. To this end, Joe makes a deal, not with an evangelical God, but with the Devil, one Mr. Applegate (a suave and urbane Monte Riegel Wheeler), and agrees to be transformed into a young black athlete and knock the ball out of the park, so to speak, for the rest of the season. Thay Floyd is winningly wholesome as the transformed Joe, dubbed Joe Hardy. 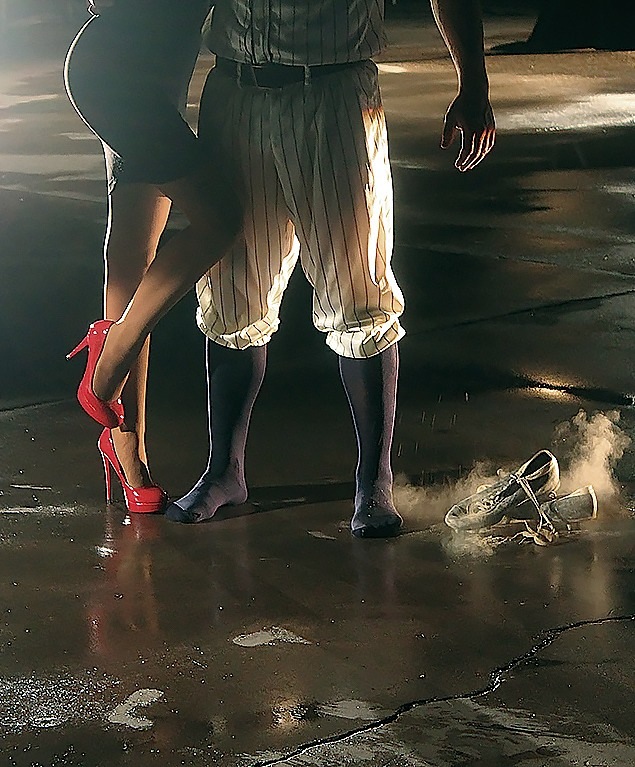 Photo courtesy of the Ordway.

The ace up Applegate’s sleeve, is a seductress named Lola (an utterly electrifying Tari Kelly). Perhaps the show’s most famous number is Whatever Lola Wants, set in the men’s locker room. You may well be familiar with the tune, but you probably haven’t ever seen it played as transgressively as in this production. At points the hunky Floyd has his pants halfway down so that we seen him tightly and handsomely fitted in white boxer shorts. Kelly, clad suggestively by costume designer Lynda L. Salsbury, exudes erotic power that flows between subtle and overt. Frankly, it’s thrilling and Kelly is splendidly passionate embodying the mega-power of female sexuality, but it pushes the envelope almost too much.

Though one can discuss back and forth the pros and cons of Damn Yankees’ gender representation it is hauntingly resonant of today’s wall to wall spectator sports servitude of American men. In the ’50s television football was still relegated to a comparatively small percent of the network viewing schedule of the time. Today ESPN, Fox Sports, and others have colonized the minds of millions of men and some women. Sports radio infuses the airwaves constantly and have actually replaced some liberal talk radio stations in some markets. Most men are more attuned to sports than what’s happening sociopolitically. Therefore, the rousingly rendered Six Months Out of Every Year opening number strikes right at the heart of what we are as a media-driven culture today.

The show’s memorably uplifting tune, (You Gotta Have) Heart, is given a glory treatment by the ensemble led with the voice of the wonderful Allen Fitzpatrick as Senators manager Van Buren. Richard Adler’s music and Jerry Ross’s lyrics are vibrantly delivered from start to finish. Jeff Rizzo’s music direction exudes sounds of what are thought of as Americana: hootenanny, jazz, and the standard mid-20th century musical theater sound, particular to the Broadway stage of the time. Rizzo’s orchestra is marvelous.