“Ex-Gays: Not a Str8 Remount” Satirizes Praying the Gay Away at SpringHouse 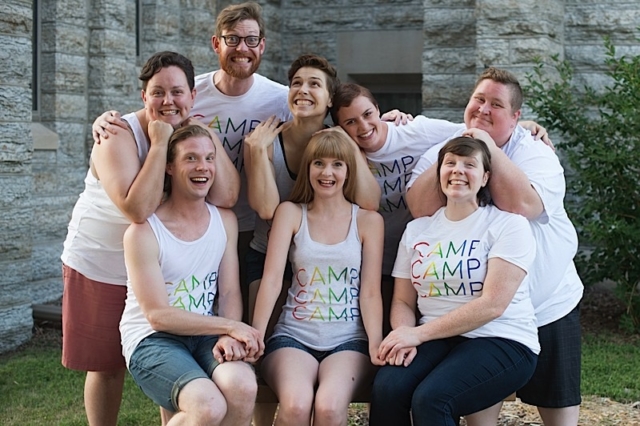 Reparative therapy to convert those with homosexual feelings into heterosexuals is now generally regarded as ineffective and inhumane. Nonetheless, there are various religion-based groups that offer and promote such efforts.

Paradoxically, a religion-based facility, albeit a liberal one—SpringHouse Ministry—serves as the location of an interactive spoof on the nonsensical elements of a five-step reparative workshop.

Such is the structure of the Savage Umbrella collaboration, Ex- Gays: Not a Str8 Remount. Its vibrant ensemble ripples with satirical vitality as we are taken through the five steps and made to sing some truly heretical camp songs. The play’s format is a camp setting where participants are enrolled in the process of “straightening up.” As you enter to approach the box office, or should I say, the registration table for “Camp Str8-N-Arrow,” you are met by euphoric camp counselors and given a registration packet with conversional songs, a list of the 5 Steps to Straighthood, and crayons for activities you’ll be privy to. 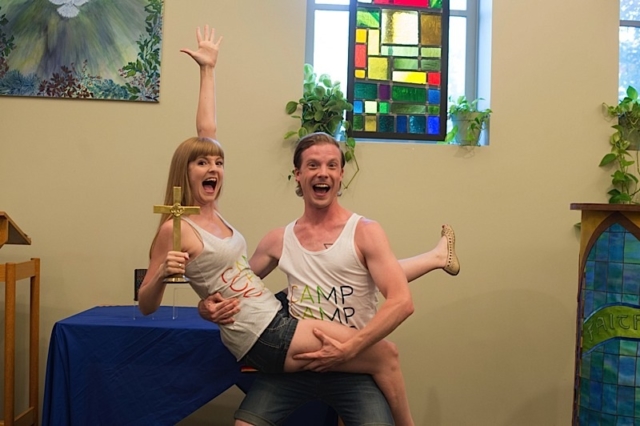 For those who saw this project’s original production six years ago, you’ll notice some changes including a striking performance by Courtney Stirn as a transgender intern who infiltrates the camp’s activities to subversively counteract the agenda. Eric Avery’s script still resonates with the micro-aggressive subtleties of internalized disgust with one’s true sexual orientation.

Laura Leffler has directed the cast with expert timing, a seamlessly masterful flow of ensemble interaction, and a high blown comedic style that deliberately overplays the characters’ sense of delusion as it spoofs the absurdity that homosexual feelings can be prayed and spirited away. The show is chock full of predictable moments where certain characters are attracted to each other but cannot afford to break the illusion. 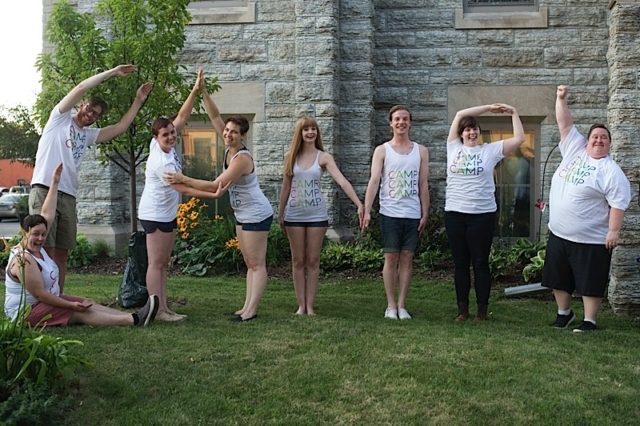 However, this production also points to the need for playwrights to now go for a deeper cut on this potentially damaging and destructive process. Every single actor at SpringHouse apprehends this and it comes through their portrayals wonderfully. But two in particular really cut to the marrow: Nick Wolf brings a real sense of intimidation, nicely underplayed but still palpable, as the camp psychologist. Matthew Englund as an intern finds the anguish, frustration, and some of the inner terror of a gay man who simply cannot keep up the façade. You can only lie about yourself and your feelings for so long until something breaks or breaks through.