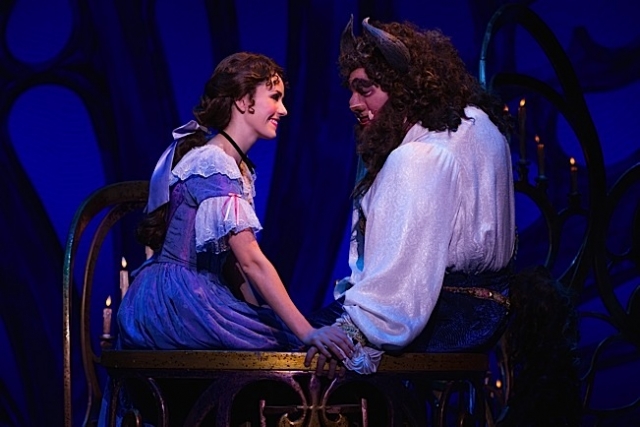 The official Beauty and the Beast tour at the Orpheum is notable on lots of levels but the one that really came out at me on opening night was that the show is filled with wonderful ensemble dance numbers. I’ve seen four productions of the show total, and have always enjoyed it. But this time around those numbers with all those dancers really cooked for me. And not just the always uplifting Be Our Guest.

Matt West’s choreography matched with Alan Menken’s music with lyrics by Howard Ashman and Tim Rice feel like something out of Broadway’s Ziegfeld era but with dancing dishes and candles, etc. instead of leggy sex goddesses. Human Again is a touching comment on those cursed into being inanimate objects. The opening Belle is classic ensemble introduction into the world the musical is about. 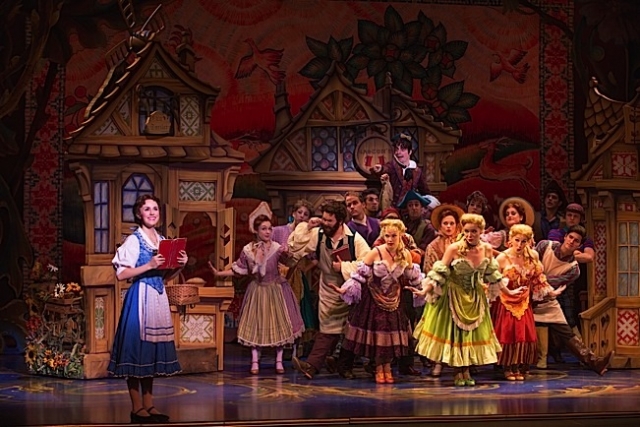 Beauty and the Beast’s world is an isolated medieval village and countryside with a menacing forest. The townsfolk are clannish and resent the bookishness of young Belle (a shimmering Jillian Butterfield) and her inventor father, Maurice (a cuddly Thomas Mothershed).

The musical has a pro-literacy attitude that exposes the mean-spirited collective village mentality. This is disturbingly expressed in The Mob Song. Belle and Maurice are threatened just as wolves (effectively designed by Basil Twist) attack Belle and the Beast (a dynamic Ryan Everett Wood) in another scene. 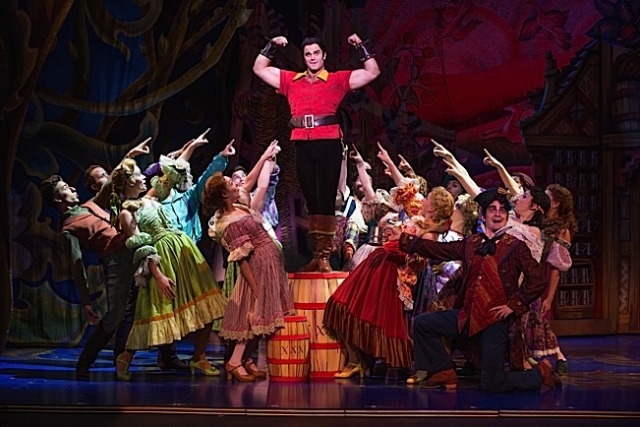 The realm of ignorance is embodied by the charismatic Gaston, the misogynist muscleman villager who thinks he is God’s gift to women and the men look up to him because of his physical might. He wants Belle for himself but she has no interest in him. But Gaston can’t take no for an answer. The talented and brawny Cameron Bond is reminiscent of Li’l Abner in his look.

Though Beauty and the Beast is an unabashed crowd-pleaser it causes us to reflect on prejudices we may have about attractiveness and whatever we deem as unattractiveness. Moreover, when the young prince is turned into the Beast at the beginning, it is made clear that his unnecessary insult to an enchanted older woman is what compelled her to curse him by turning him into an animal. This is a universal caution that there’s usually no sense at all in insulting someone. Odds are it’s your own ego that’s running you instead of respect for your fellow woman or man. And that can get you in trouble!