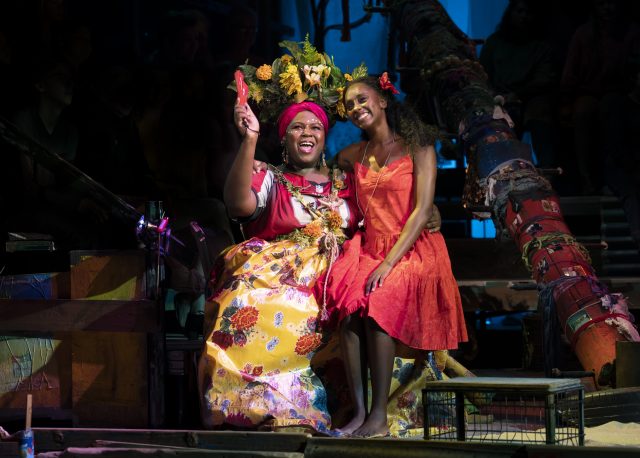 The beginning of the year is a strange time for theaters. Mainly because it doesn’t mean the start of a new season, it actually means the beginning of the second half of the current season. Theatre, most of the time, follows closer to a school schedule than a yearly one. But in light of the new year, and new decade, I wanted to make a list of the top eight shows I’m excited for this year, and the first is opening next week!

In 1879, audiences and theatre scholars alike were left with their jaws on the floor when Nora Helmer leaves her family and husband in Hendrik Ibsen’s groundbreaking play A Doll’s House. The final scene in which Nora closes the door is a sound that has echoed through the modern drama for decades. So this begs the question, what happens when a knock on the same door comes but from the other side? Nora returns many years later, but why and for what?

It’s not as often as you think that we get a sequel to a play. However, what we almost rarely get is a well-written sequel, but everything I’ve heard is that A Doll’s House Part II gives us just that. The original Broadway cast earned Laurie Metcalf a Tony Award for playing Nora and honestly, we are getting a stellar cast locally. This show is surely to be one not to miss with Christina Baldwin, Megan Burns, Steven Epp and Angela Timberman.

Artistry continues to gain more and more momentum with their visually stunning and superbly cast shows. As a huge Meryl Streep fan, I’m thrilled that they decided to produce The Bridges of Madison County. While I’ve seen the movie, I have yet to see or hear a musical production of it. The story involves Francesca, an Italian housewife, whose life changes drastically after meeting Robert, a National Geographic photographer. Francesca must then make a difficult decision which includes a once-in-a-lifetime love.

Last year, Artistry produced Victor/Victoria which made headlines due to the fact that the last time it was in the Twin Cities was during the original run with Julie Andrews. I can’t recall the last time a theater around the area produced this, so it should be on everyone’s list to see. You can even see a preview of the two leads singing one of the songs in rehearsal here.

Get away from the slush that the streets and the bottom of our boots will surely be covered in, and escape to a tropical island with the touring production of Once On This Island. Fresh off its Broadway run, this musical is about a young peasant girl named Ti Moune. As she searches for her true purpose in life, she discovers love in the most unusual of places after saving his life. Guided by the island gods, she journeys across the island to reunite with the love who captured her heart.

Seeing this show a few years ago on Broadway was a treat. It was in the round, immersive and featured incredible talent including Alex Newell (Glee). As I write this now, I can’t help but wonder, in full Carrie Bradshaw fashion, what will the set look like? How will the set be transformed so that it is just as impactful for a 2,200-seat space? Only time will tell, but the music in this show is reason enough to rush out and buy your tickets. 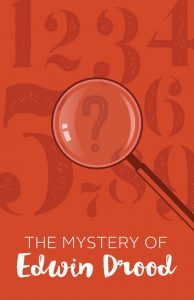 The Mystery of Edwin Drood. Image courtesy of Lyric Arts

This show is pure fun and laughs for everyone involved. It is a classic “Whodunit?” musical that is based on Charles Dickens’ final, unfinished novel. The story revolves around the murder of Edwin Drood—but who did it? Sadly, Dickens died before he was able to finish the story which means it’s up to us… no, literally, it’s up to us. The audience gets to vote on who killed Drood, which leaves room for a different ending every night! Also, with Katie Strom Rozanas as Edwin Drood, what’s not to like? She’s a fabulous talent locally and I can’t wait to see her take on this role.

The show won five Tony Awards in 1986 and was revived in 2012 with Stephanie J. Block, Jessie Mueller, and Chita Rivera. This hilariously fun musical is the perfect show for Lyric Arts’ quaint and intimate space, especially under the direction by Matt McNabb.

When one thinks of the play Doubt, A Parable, many think of the 2008 movie starring Meryl Streep, Philip Seymour Hoffman, Amy Adams and Viola Davis. Although what many may not know is that before it was an Academy Award-nominated film, it was the winner of the 2005 Pulitzer Prize for Drama and the Tony Award for Best Play.

Doubt, A Parable takes place in the Bronx in the 1960’s at a fictional Catholic Church school. An older and strict nun, Sister Aloysius, discovers from a younger nun, Sister James, that Father Flynn may have acted inappropriately towards one of the younger male students. The alleged sexual misconduct takes these two women from different generations and has them questioning their faith in their religion and their faith in the system.

One reason why I love that Dark and Stormy Productions is producing this play is that it’s a story that needs to be told again and again. It’s a dark story and still relevant today with the accusations against the Catholic Church we’ve seen over the last decade. Also I always appreciate a show that gives older actors a chance to play a meaty role versus playing the mother of a younger lead character.

If you’ve never spent an afternoon or evening at DalekoArts in New Prague, I highly recommend it. I’ve seen a small handful of shows here, including a recent production of She Loves Me, and the intimate space works. This particular reason is why I’m thrilled that DalekoArts is producing The 25th Annual Putnam County Spelling Bee. The show features an eclectic group of students all vying for the championship of the spelling bee.

The style of this show is so fun with all the theatrics of a musical, but without the barrier. You are the audience of the musical, and the spelling bee which means some audience members even get pulled into the competition in some productions.

Before you laugh, yes, Frozen is on this list. Why you may ask? The answer is theatrics. From videos and photos that I’ve seen, Frozen shows off stunning lights, scene changes, costumes and even puppetry. Now the show itself will have us all singing “Let It Go” as we walk out, but the casting is also something to be excited for, especially for us in the Twin Cities.

Caroline Bowman has been cast to lead the national tour as Elsa. Previously in 2014, I had the pleasure of seeing Bowman play as Eva in a touring production of Evita. She was, in a word, incomparable. With intense acting and soaring vocals, she is surely to bring this Disney Queen to life in a unique way. Also, those who live in Minnesota should be proud as Caroline Innerbichler, an Eagan native, has been cast as Anna. I also cannot think of anyone better to play this perky part more than Innerbichler, who I’ve seen in many productions across the Twin Cities. 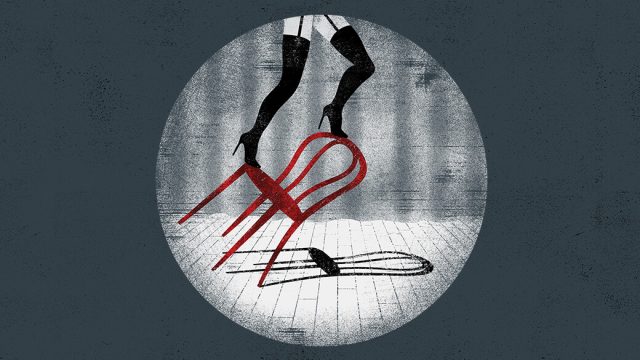 “What good is sitting alone in your room? Come hear the music play….”

One of my favorite lyrics from this musical encompasses what I strive to do each week. Why sit alone in my room watching endless amounts of TV when I can go see a show in one of the greatest theatre communities in the country? Cabaret instantly made my list when I saw that it was being produced. The show itself has so many contradicting themes of sex, glitz, controversy and history. It’s gritty, glamorous and raw.

I’m beyond thrilled the Guthrie is tackling it this summer as their big blockbuster musical. I have a feeling they aren’t going to play it safe and it’s going to be big. I’ve seen the show live many times and I’ve never quite seen an actress really “get” it with Sally so I’m eager to see who they choose!