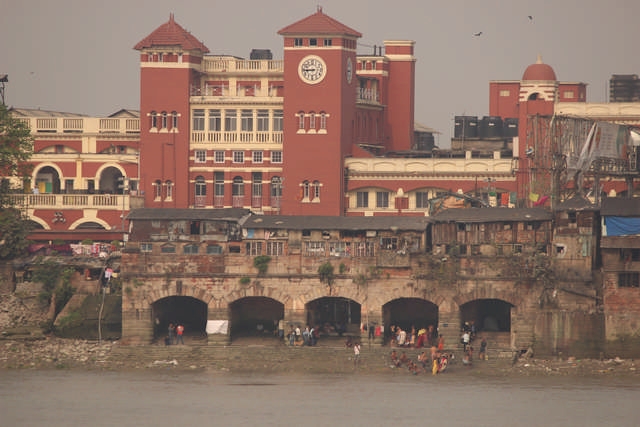 Kolkata is home to the Hooghly train station. Photo by India Beckons

This wasn’t your normal tour of India—Taj Mahal, River Ganges, Red Fort, blah blah blah. Been there, done that, loved it. But I was ready for the kind of experience small-tour operator Sudhakar (Sudha) Selwyn had in mind: a three-week-long dive into the unexplored tribal regions of the country’s northern Wild Frontier. A chance to get to know its people rather than just its monuments. We’d brake the minivan to chat with rice planters, tea pickers, rickshaw drivers, mandarin harvesters, untouchables: the humble folk that weave the fabric of the land.

Starting in Kolkata, everywhere we ventured, dropping in unannounced, we were greeted like Bollywood stars: camera out for selfies with the white-skinned foreigners they’d never glimpsed before. Despite its abject poverty, folks in Kolkata shimmer with a verve for living: It’s not called City of Joy for nothing. While Delhi is India’s government center and Mumbai the economic hub, Kolkata loves living in the moment and sharing it on the street.

We waved at men bathing together at a sidewalk spigot (photos welcome), getting haircuts, brushing teeth and carrying on life in what’s always a public place. We made friends with an untouchable barber, visiting the miniscule hut he shares with his mother and wife, who cooks on the pavement for passers-by. We played with toddler orphans at Mother Teresa’s establishment. We made our way through a jasmine-scented labyrinth of flower sellers, reaching daylight at the riverbank where the devout dipped into its holy, murky waters.

We gathered at 6 a.m. for a trek through an outdoor market, already bustling with water sellers balancing their buckets; guys on bikes toting dozens of complaining chickens; skinny men hoisting hundred-pound sacks of potatoes; fish sellers spreading their wares on a plastic-covered bit of pavement; and sweepers attacking the tsunami of trash. We took a quick spin in rickshaws pulled by wizened men with ropy muscles, then tried our luck at pulling it ourselves (note: Keep the day job). We paused for a breakfast of chapattis, lentils, spicy potatoes and liver, whetted with cups from a tea vendor (5 cents). Then, off to see the city. 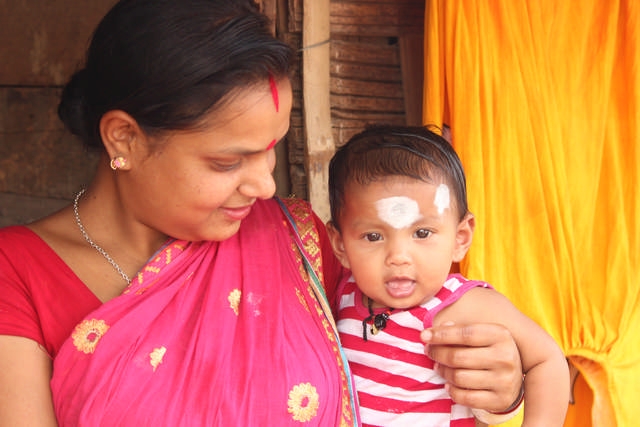 India is home to a rich tapestry of wonderful people and an amazing culture. Photo courtesy of Indian Beckons

Crossing a mighty bridge along with what seemed like most of the city’s 17 million residents, we entered the legendary Hooghly Railroad Station, where homeless folks camped out amid the chaos. Then, a clattering tram spin through the city, stopping at the venerable India Coffee House, a hipsters’ hangout, for steaming cups served by elderly waiters in frilly caps.

We feasted at an elegant Bengali restaurant one day, in a modest Muslim café the next—biryani, lamb with mint, rice pudding—and in steamy street stalls plying sizzling samosas on many another. We explored the temple of the bloodthirsty goddess Kali—incense, bells, crowds—and witnessed a goat sacrificed via flashing scimitar in her honor. We followed Sudha on his impromptu slum tour, barging into murky tenements unannounced yet again and yet always welcome—snaking through dim corridors into many a family’s hovel, clean as a whistle, boasting TVs but sans water. Life is anything but easy in Kolkata but joy, indeed, prevails.

City living was the preview for the real focus of our tour—to explore tribal life in the far northeast, India’s unvisited “wild frontier.” A short flight landed us in tea-plantation country, where we lodged in modest guest houses or even more basic hotels—the best on offer (elusive electricity, rare hot water). We’re deep in the mountains now, tracing the path of the powerful Brahmaputra River—crossing a bridge lined with fish sellers from whom we bought what would become dinner, or warily treading skimpy, swaying bamboo bridges to reach a tribal village, where we’d spend the day and night. They were ready for us: The ringleader, a saucy matriarch, directed her peers to dance for us, then indicated it was our turn. 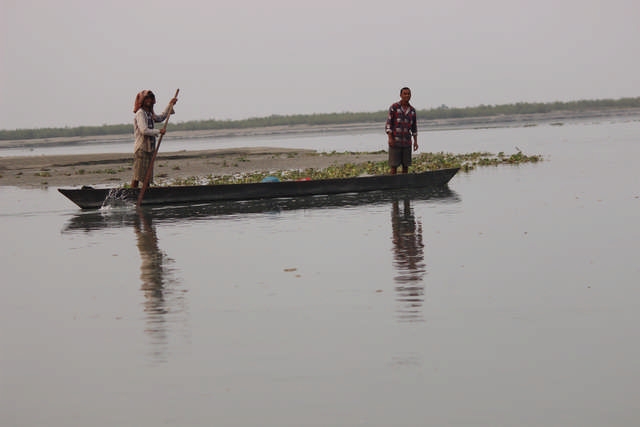 Fishermen are a common sight on the mighty Brahmaputra River. Photo courtesy of India Beckons

Not on the agenda. We hurriedly organized the hokey pokey, which made a big hit. The tribals giggled as they put their whole selves in. Followed by a growing herd of children, Pied Piper style, we visited their bamboo homes and joined in a communal lunch of rice, chicken and egg pudding cooked in hollow bamboo logs over an open fire, accompanied by rice beer—a taste it takes courage to acquire.

At dusk, we supped on rice and spinach aside the open fire centering each home on stilts, then bedded on the floor at sunset, to be awakened by the usual randy chickens at 5 a.m. These tribes have no written language and speak no Hindi—the sorta-universal tongue of India—yet are no strangers to today’s fashion trends: polished toenails and teens in artistically ripped jeans. The tribals are animists, worshiping sun and moon. We were welcomed at their chant-and-response service on a sunny Sunday.

Hitting the bumpy, hairpin-turn jungle highway once again, we braked for a couple of elephants and their construction-worker mahoots (drivers), and at roadside stands selling local mandarins and bananas, admiring the babies of the hard-working moms. Their husbands, we later discovered, had adjourned to the local outdoor Bingo parlor for an afternoon of gambling (first prize: a coveted Harley).

As we drove, we watched Army troops learning to raft in the mighty river, then paused to chat with a teenagers headed to town to deliver smoked meat to their elders. Oh, what kind of meat, asked Sudha: “Show us.” Songbirds. Mice on a skewer. But we heard no birdsongs ourselves; they’d all been hunted for food.

In Pasighat, our town for the night, we ambled through teeming market stalls, admiring exotic fruits and veggies, then encountered one of India’s wandering Aesthetics— a young man given by his parents at age five to the religious life of sleeping in temples and begging for food. He joined us in a round of samosas.

In Assam, we invited ourselves yet again into the city’s slums, where everyone smilingly posed for photos, let us hold their babies, and ushered us into their colorful rooms. On the banks of the river, we spy fisherwomen maneuvering a huge net attached to two-by-fours to catch what look like minnows for their lunch. Passing one of the many aged, tinsel-decorated trucks with “Honk Please” painted on their bumpers (the only driving directive everyone gladly obeyed), we came upon crowds streaming into a huge pavilion, all in their best tunics and saris.

What’s going on, we ask? It’s the annual tribal political-social gathering, we’re told by officials, who whisk us (again unannounced) straight to the VIP tent for tea and cookies. We’re then ushered to front-row seats for a dance performed by 200 graceful, sari-clad girls. Phone cameras click—we’re now used to the constant demand for selfies —as we’re presented with ceremonial shawls. A young boy breathlessly discloses to me, “You are my first foreigner!”

We’re everybody’s first. This region receives few tourists—Indian or foreign—so we’re treated like royalty. We visit a vast rice paddy to chat with the women whose back-breaking job it is to pluck the leaves into sacks, just like when cotton ruled the American South. We shake their rough, scarred hands, pose for more selfies, then stop at a tea stand down the road—which, of course, causes cars and scooters to pull up to ogle the white-skinned visitors and pull out phones for bragging rights.

We stroll to an adjacent schoolyard to take a peek. Immediately waving kids fill the windows, then burst out the doors, followed by their equally-excited teachers. These middle-schoolers dance for us, then test their English (“Nice to meet you.”) More tea and cookies and again a ceremonial scarf from the teachers. Hugs and kisses as we depart.

Jumping back a century, we overnight at the home of a former British plantation bigwig, where we dine on tasty cauliflower, mutton, paneer (that wonderful soft cheese, often served with spinach) eggplant, squash, potatoes, those tiny river minnows and—yes! Ice cream! I’m offered a hot water bottle as I head to bed.

Next morning, we’re off to Nagaland, which makes the earlier part of our journey appear tame as an Interstate. We drive higher, higher, on the uber-winding and ultra-bumpy road to a guest house in this—surprise!—Baptist village, where the locals were converted by British missionaries long ago and now are building a 5,000-person church. They’re singing hymns as we gather for a simple dinner.

Pushing on to Sibsagar—Lord Shiva’s Town—we visit the god’s temple to watch priestly rituals and receive blessings before we wander the grounds (more selfie requests). The middle-class homes that line the road are painted with an Indian’s delight in color: saffron with bright orange, lavender accents on royal blue, pink partnering mint-green. The lower classes make do, as always, with bamboo shacks.

In Nagaland, we’re quick to sense a difference in lifestyle, in attitude. Children have a dull, glazed demeanor, as five-year-old girls tend the babies strapped to their backs. Adults fail to smile and converse. We’re merely tolerated.

It’s because of opium. We enter the building owned by the tribal king, whose brother is occupied smoking the drug. We watch, mesmerized, but do not accept his invitation to join in.

Tribal leaders in the headhunters’ village, where we next pull in—unannounced as usual—no longer naked and no longer hunting heads— display the feathered bearskin headdress and chest tattoos that boast of their former prowess. There’s a distinct Mongolian cast to their faces, so close here to Myanmar, which we enter, just to say we did. The border boasts a No Photos sign, but the soldiers inspecting our van bring out their own phones.

Retracing the route to our village, we encounter the only scary moment of the trip: the billowing smoke and crackling flames of a forest fire speeding towards us. Sudha’s quick thinking saves the day as we retreat, then make a dash along the smoldering road.

Today we’re off to Kaziranga National Park, a 200-square-mile game preserve through which we’ll ride elephants at dawn to observe rhinos, deer, wild boar and wild buffalo, monkeys, lizards and birds. Sadly, poachers observe them, too. It’s also a tiger reserve, but we fail to spot any of the 120 wandering here. Enroute, we brake when Sudha spots a Brahmin funeral ritual taking place. Naturally we barge right in to meet the priest and mourning son, then are invited to visit the home where the extended family has gathered. More tea and sweets. And photos. If only folks in America were half as welcoming to strangers.

Last stop: Guwahati, a town known for its ebullient celebration of Holi, “the festival of colors.” Colors mean paint, water-pistol-sprayed or plastered onto anyone and everyone around. We don old clothes for the encounters, then make our way through the families gathered at the temple (another goat sacrifice to observe—or not), as our faces, hair and garments turn bright green, purple, and beyond. A final round of selfies and time to fly home, laden with the best of memories as the world became a bit smaller and friendlier for us.