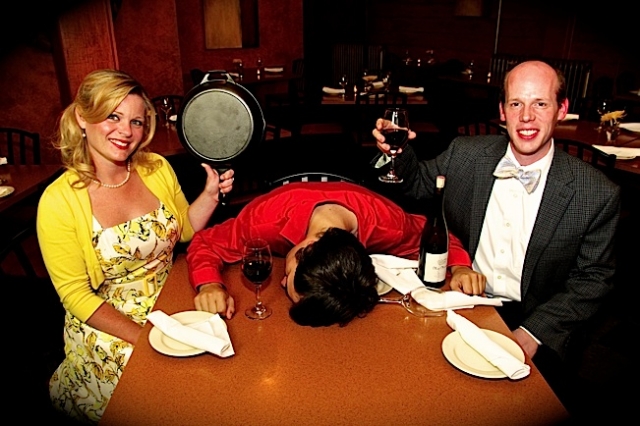 Christian Unser is off to great start as Artistic Director of Minneapolis Musical Theatre with a snappy and delight-filled production of the musical version of Eating Raoul. You may recall it was a major cult film in the 1980s. So if yo’re a groupie, you can expect pretty much the same story, written for the stage by the screenwriter, Paul Bartel. A prudish married couple, Mary and Paul Bland, dream of opening a cafe but choose to swallow their pride and offer her services to create kinky sex fantasies so that he can murder the johns and steal their wallets. It’s their stab at the American Dream. A “handyman” named Raoul disposes of the corpses so the pair doesn’t have to worry about them. 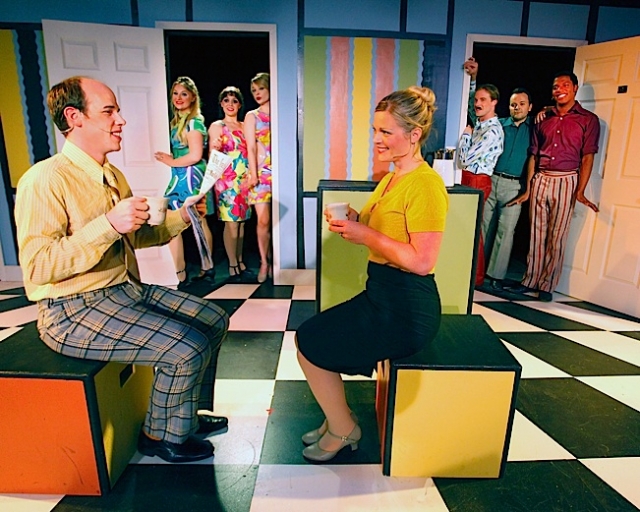 A ghoulish concept for a musical but it works wonderfully on host Hennepin Theatre Trust’s New Century stage. Jed Feuer’s music and Boyd Graham’s lyrics are quick-witted and expertly delivered by a gifted cast that is impeccable in its vocals as well as its comedic delivery of the lines. Ryan Grimes has directed the piece with a bright, brisk touch and no musical that has played in the problematic New Century space has been so well balanced between musicians, singers, and acoustics. This is surely thanks to Unser’s savvy music direction.

Jessica Holtan Breed is perfectly perky as the naive Mary. She is contrasted perfectly by Anthony Sofie who not only gets the puritanism but also finds Paul’s competitive male side with a palpable sense of understated outrage – a beautifully natural response channeled into the show’s relentlessly madcap style. MMT’s actors bring to mind the satirical brutality of iconic and doomed gay playwright Joe Orton. 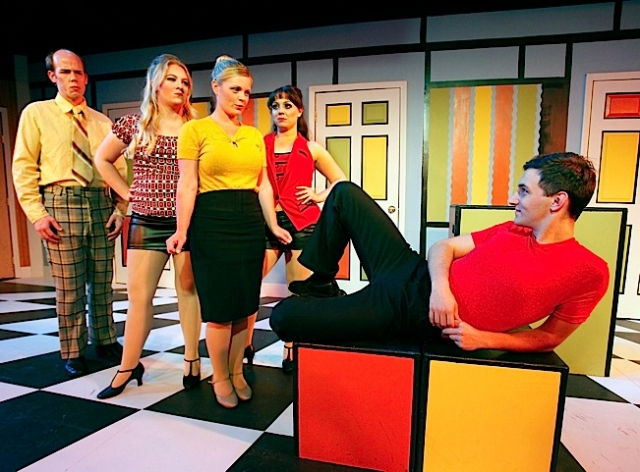 However, this production’s real revelation is Gregory Adam as Raoul. This guy is resplendent with charisma and infuses his alpha male criminal character with flamenco libidinal zest and a sense of turbo-charged virility. How mesmerizing it is to see an actor so graceful and so macho at the same time!

Loretta Miller’s choreography celebrates sexuality and shows how fun it can be on Darren Hensel’s colorful set where the cast is clothed and semi-clothed in Clara Cavins Woford’s often titillating and always sensual costumes.