Americans love hamburgers. What’s not to love? We also love lists. Which, I expect, is why you can’t swing a double bacon cheeseburger without hitting a “best of” burger list. Nary a week goes by that a new post doesn’t show up in my Facebook feed claiming to be the definitive ranking of the best burgers in America, Minnesota or Twin Cities.

Consider this my contribution. Sort of.

What follows is not the definitive list of the best burgers in the Twin Cities. It is simply a list of ten awesome burgers I’ve eaten around the Twin Cities. There are really great burgers that didn’t make the list. You already know Matt’s Jucy Lucy is a life-changer. You may not already know that the Whittier Burger at Little Tijuana’s is equally life-changing, but I had to cut the list off somewhere.

In the interest of full disclosure, many of the burgers were new to me and came from a reader poll my partner found in the Pioneer Press. Together with a motley crew of meat-loving friends, we’ve been surveying the all-beef landscape in the Twin Cities for well over the last year.

The best burger joints often hide in plain sight. I’ve lived in the Twin Cities for 22 years and never knew what delicious beefy secrets were waiting for me along West 7th Ave. in St. Paul. J.R. Mac’s was a crowd favorite and with nearly a dozen different burgers, there’s something for everyone to get excited about.
I fell in love with the Southwest Burger in all it’s spicy beef and bacon-y glory. Don’t you dare leave the table without inhaling an order of Mozzarollies either (think Italian egg rolls). 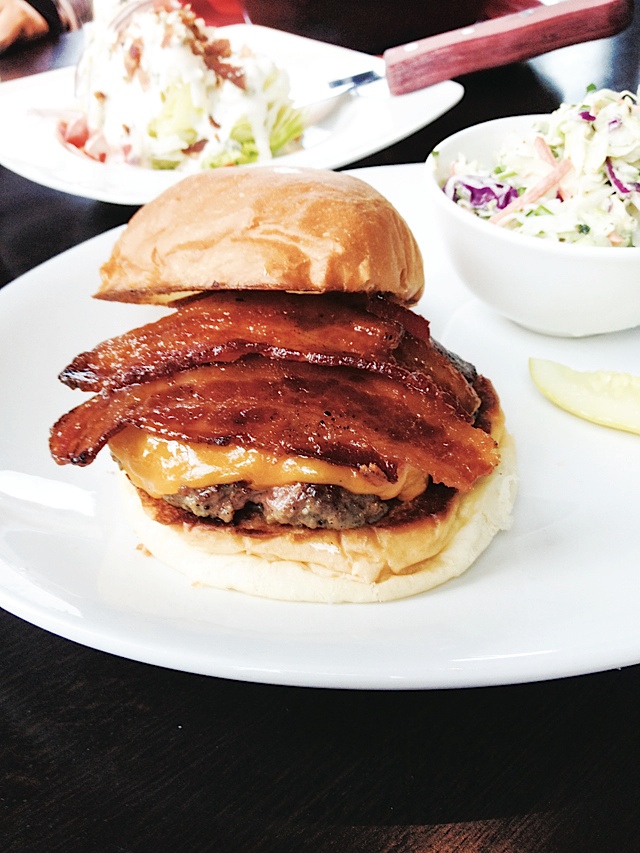 Burgers at Red Cow get gussied up. And not in a pretentious way. A deliciously thoughtful way. How else would you describe a certified Angus burger topped with manchego, prosciutto, piquillo pepper & smoked aioli? It’s called the Barcelona and it’s calling you. As is the 60/40 with it’s ground beef/bacon patty and cheddar cheese, beer mustard and candied bacon. Yes, candied bacon. Run. The poutines and scotch eggs also flipped our switches. Bonus: they just opened a third location in the North Loop.

Ready for a road trip? Just about 25 miles southeast of the Twin Cities sits a magical little burger joint along Highway 52. It’s called House of Coates and it has one of the best burgers I’ve ever eaten. It’s called the Swanee and it’s loaded with cheese, bacon and fried onions. And clearly a lot of love. As is the waitstaff. And the fried chicken. My god, the fried chicken.

This is the kind of place you want to tell everyone about and no one about. Everyone, because the food blew your mind and you feel obligated to share it with the world. No one, because you don’t want to share it with the world. I mean, who wants to share the Fatty Melt? This bacon cheeseburger stuffed between two (count them two) grilled cheese sandwiches will open your third eye to new levels of human consciousness. BETWEEN TWO GRILLED CHEESES, PEOPLE! Also, don’t miss out on the adult milkshakes. They’re not nude or anything, they just have booze in ‘em. 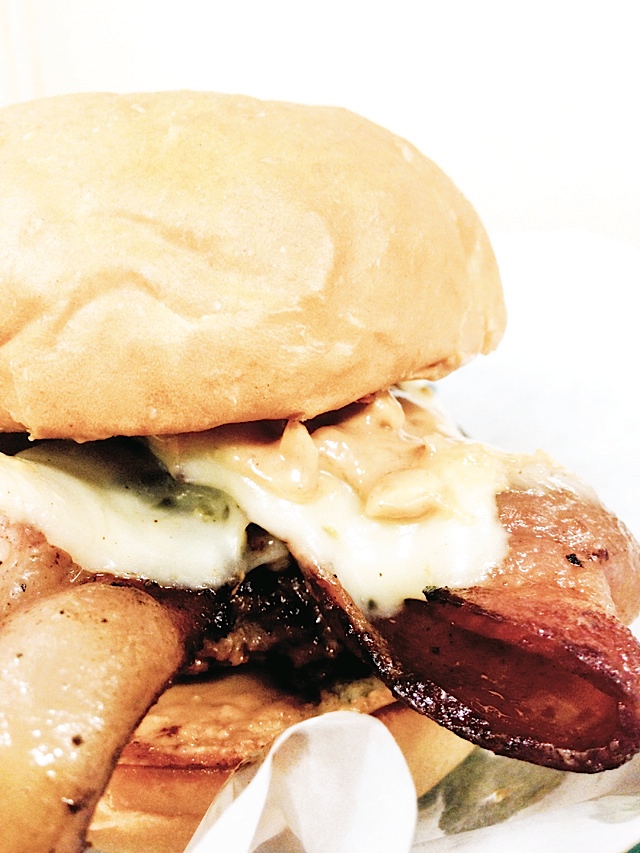 Another diamond in the rough, Tin Cup, like J.R. Mac’s has been hiding in St. Paul plain sight for years. It’s not fine dining, but who needs fancy table cloths when we’re talking greasy, molten-cheese-stuffed beef? Among it’s claims to fame, the delicious dive played host to an episode of Man vs. Food.

Ready for another road trip? This time we’re about 45 minutes southeast of the Twin Cities in Miesville. Let’s be honest, not many burgers are worth close to an hour’s drive. A King’s Place burger is worth the drive. And with close to 50 different burger combinations to choose from, figuring out your favorite is a game worthy of playing over and over again.

Oh the Nook. You already know you love it, but I couldn’t not put it this St. Paul institution on the list.
If by some unintentional lapse in humanity you’ve yet to wrap your lips around one of the all-time best burgers in the Twin Cities, consider this your call to arms. And mouths. If you’re like me, you’ll head to the downstairs bar and inhale your Nookie Supreme bowling alley-side. 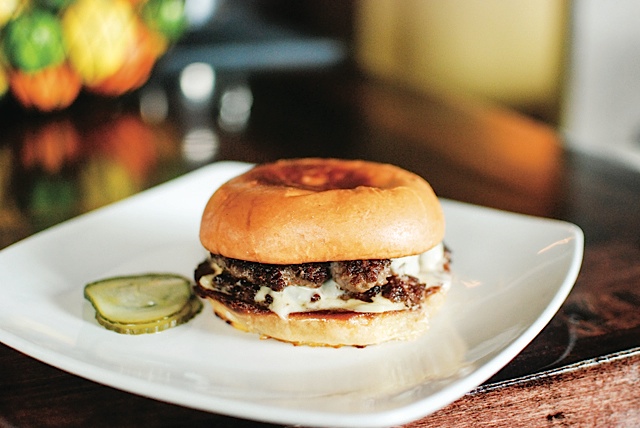 Another staple of best burger lists in the Twin Cities, the Blue Door continues to hit hamburger home runs. Thankfully, now in two locations. I don’t even want to tell you how many times I’ve snuck over to the Longfellow, Minneapolis location to make sweet, sweet love to the Jiffy Burger. This award-winning, daring by Midwestern standards, combo of peanut butter, burger, pepper jack and bacon is paradigm shifting. I always say I’m going to try something else and then I don’t. I just can’t quit you, Jiffy Burger.

Remember when you were a kid and you said you loved something and your friend would say, “why don’t you marry it?” If I didn’t already have a partner, I would marry the burger at Parlour. Like, put a ring on
it, rent a hall, order a cake, have a bachelor party with strippers marry this burger. And I’m not alone.
It’s quickly making a name for itself as one of if not the best burger in Minneapolis. For good reason. It’s just a damn good burger. Nothing more than two luscious, high quality beef patties, layered with melting cheese between a grilled bun that will renew your faith in carbs.