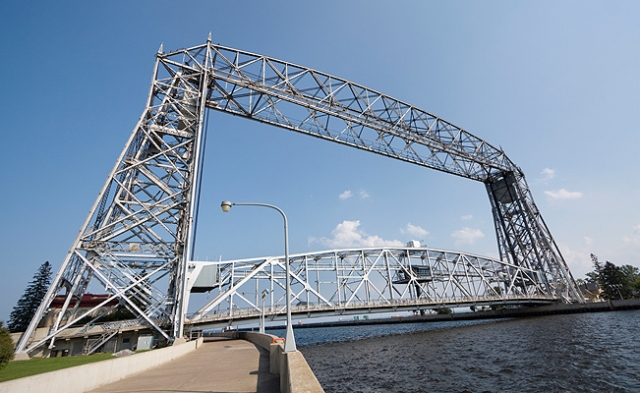 Duluth-Superior Pride is not your typical small town Pride, according DS Committee co-chair Bradford Folta. Lovingly nicknamed “Harbor Fairies,” over 10,000 proud GLBT people are estimated to swarm Duluth’s Bayfront Park this Labor Day weekend. With a strong GLBT community living in Duluth, and the countless visitors from across the country, Folta says, “The gays take over. It is literally gay central.”

One unique aspect about DS Pride is that the festival is completely run by volunteers. Folta boasts, “People say it’s the best Pride they’ve been to that is put on by a nonprofit…No one gets paid. The headaches that we get through, the hair-pulling that we do behind the scenes, is all because we’re doing it out of love for everyone else.There’s no Pride for us except to make it better for others.”

Many local businesses, hotels, and bars are on board for the busy weekend. There are many options for lodging and dining in the Bay area. “Everyone loves it. Everyone wants to put on a good show. Everyone just wants to work together to make it great.”

With events like the FooFoo ChooChoo, the Fruit Float, and the Bar-B-Queer, there are plenty of unique experiences to be had. Folta suggests visiting the Pride in the Park festival on Saturday, watching the parade down Tower Ave in Superior on Sunday, and then choosing to either ride the FooFoo ChooChoo or go on the Fruit Float on Sunday. (There are still a handful of tickets available for purchase at the dock.)

Folta describes the atmosphere of DS Pride as amazing. “Duluth-Superior in itself is one of those bay cities where being gay is okay. There are a lot more supporters than everyone believes. That’s the beauty of Duluth. It’s such a progressive town.”

Duluth’s political leaders are notably progressive, from Mayor Don Ness who openly supports and advocates for the GLBT community to former Mayor Herb Bergson. As an outspoken ally for the GLBT communities of Duluth and Superior, Bergson openly thanked the GLBT community for their charity and AIDS awareness work in 2005. He also was very aware of the economic and cultural benefits of being a welcoming community. Lavender Magazine featured Bergson on a cover in 2005, noting his strong support for the GLBT community. Bergson’s official portrait, which includes a pink triangle at his request, will be unveiled at this year’s DS Pride.

Folta urges people to attend Duluth-Superior Pride, saying, “Don’t look at Duluth-Superior Pride as a small town Pride. It’s not. It’s huge, and there’s way more to do. People have been coming to it for years and still haven’t done everything…Everyone who goes has seen it and loves it.”