Drifting From Paris To Prague 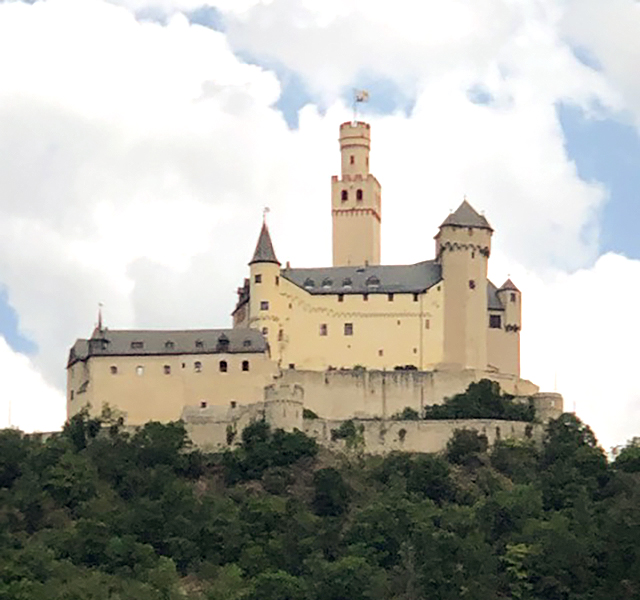 If my legs are shorter than when I boarded the plane two weeks ago, blame it on Paris. It was the first stop of a Viking cruise that continued through Luxembourg, following the Moselle River into the Rhine and Main as we floated our way to Prague, another of my Top Ten European haunts. Hey, after endless months of lockdown living thanks to covid, I’d have signed on to visit—oh, say, Anoka.  Instead, we’re strolling our way through Paris!

After the city tour which Viking provides at every stop (hello, Arc de Triomphe, bonjour, Eiffel Tower), my companion and I strolled past Notre Dame, still under repair from the tragic fire, on to the trendy boutiques of The Marais District, then the pricier ones lining Ste. Germaine, climaxing with a swing through boho Montmartre for dinner at Ernie’s (think: Hemingway) of foie gras pate and onion soup.

Up next: motoring to Reims, to explore its magnificent 15th-century cathedral ablaze with sunlight sparkling through jewel-toned stained glass. It’s here where young Joan of Arc followed God’s nudge and lobbied to become the coronation site of future kings of France.

After a reverential stop at the American cemetery in Luxembourg, resting place of WWII’s fallen forces, we barrel on to Trier , in Germany, to board the charming riverboat Idi, where armadas of swans float by our cabin’s balcony.

It’s tempting to linger there in the comfort of our cozy cabin—our private heaven, where the bathroom blooms with luxe products and the floor is warmed to protect our tender toes. But no! Not with a spacious, window-walled lounge (home of nightly live music) beckoning—not to mention a sprawling sundeck lined with chaises to watch the fields and forests of Germany slide by.  Wear off the sumptuous dinners to come on its jogging track or practice your golf swing, then cheer on the captain as he steers us through the first of many locks, like concrete fish tanks.

Idi’s meals are another reason never to return to reality. Start the day with an order of Eggs Bennie and cappuccino off the breakfast menu, and end it with dinners a Michelin inspector would covet: Norwegian salmon or Chateaubriand? Goat cheese souffle or Caesar salad? Cheese tray or Black Forest torte?  Just say yes. Endless pours of wine and beer are complimentary at mealtime, too.

Trier—Germany’s oldest city, as we learn on our walking tour, was home to Celtic tribes  before Emperor Augustus’ troops marched in to create a “second Rome.” Diocletian—the Donald of his day—erected bigger-is-beautiful  buildings in his own honor, including the Porta Nigra, a formidable gate in the city’s wall, as well as a vast amphitheater where gladiators  wrestled with wild beasts, or each other.

When the Romans left, the church took over. The stone-lace Liebfraukirch of 1275 holds, they say, Jesus’ bloody tunic and the nails that pierced his flesh. But the town’s favorite son would have none of that. Karl Marx holed up and wrote his Communist Manifesto. He’d turn over in his grave if he knew that his former house has become the euro version of a dollar store.

Sailing on, we next docked at photo-ready Bernkastel, a tiny town dressed in medieval half-timbered houses strung along cobblestone lanes. Back on board, the Idi made its way to Cochem, where we sighted a hulking castle fortress awaiting our inspection. Clearing its heavy, fortified gates, we made our way through seven of its 50 rooms, admiring fireplaces paved in precious Delft tiles, a secret passage to milady’s bedroom, and knightly armor clanking in the halls.

While the crew hauled anchor, we lunched on…. oh, maybe the Monte Cristo. Or the behemoth  burger. Or pasta puttanesca. Maybe the schnitzel ? Red wine or white? Hey, nobody said the choices would be easy.

Koblenz swam into view. It’s here the Moselle flows into the mighty Rhine at a point called Deutsches Eck, the “German Corner,” anchored by a statue of Kaiser Wilhelm perfecting his posture on a horse. Graceful riverside promenades lead to the 12th-century Basilica of St. Kastor, whose lofty white ceiling showcases its Gothic stone ribs parading in pink. The same feminine theme decorates Our Lady’s Church, aside a pretty square anchoring a network of shopping streets.

Casting off, we snagged chaises on the sundeck as front-row seats in the parade of castles dotting the muscular Rhine in the hours to come. These are not pretty, Disneylike abodes for Cinderella—rather where Hamlet would brood if only he were German—each perched atop an overlook to better forestall attackers or extract bribes from passing ships—and, for many on Idi, the highlight of the voyage.

Next, it’s off to Heidelberg, a town straight out of operetta-land with a cast of students populating the oldest university in Germany (1386). The main street is one long shopping arcade, overseen by the romantic ruins of a castle crumbling on the hilltop. Below it, the town hall of 1701 is the scene of couples entering to be married, then exiting amid pops of champagne corks. Gundel, the town’s oldest bakery, sells the local specialty, the grapefruit-size sneeball (snowball) composed of pastry glued by chocolate. On a somber note, golden squares on the cobblestones commemorate homes from which Jewish families were ripped in 1938.

The next morning, an optional tour we’d ordered delivered us to Rotenberg, Germany’s best-preserved medieval village—fulfilling every tourist’s vision of a medieval fairyland. It’s protected by four miles of encircling walls, atop which the hardy may patrol, to glimpse the town’s red-tiled roofs and Gothic spires. It also boasts a macabre Museum of Crime and Torture, should you wish to view an iron maiden, shaming mask, chastity belt, and more. Instead, we gathered for lunch at Glock for a proto-German feast of potato soup, bratwurst and apple strudel, Beer, too, of course.

The day’s tour continued to Wurzburg to explore the uber-opulent Prince-Bishop’s Residenz. Not one to hold back, the cleric ordered a ceiling mirage to be painted by Tiepolo, the bold-name Italian artist. For art of a less rarified nature, stroll through the Baroque garden in the rear.

Bamberg, our next expedition, flaunts 2,000 historic buildings occupying their original medieval layout. Thanks to flowing rivers, it dubs itself “Little Venice,” complete with gondoliers. But Bamberg’s burghers are equally proud of its beers (15 breweries) that go well beyond pils. The local brewski is called rauch, or “smoked,” beer, which tastes as unusual as it sounds. Some equate it to liquid bacon, while others find it like “kissing an ashtray.”

Climb (as usual) to the town’s cathedral, where Henry II and his wife are buried and the famed Bamberg Rider statue presides. (They allow horses in church?) The nearby cleric’s Residenz could pass for Versailles. Below, murals decorate the mid-river town hall, serving as medieval billboards.

Nurnberg’s up next, starting with the site of the Nazi Party rally grounds and the pulpit from which Hitler ranted. But the lively Old Town presents a happier picture. Market stalls fill the main square fronting the Church of Our Lady. It’s topped by a wondrous glockenspiel featuring a parade of miniature figures honoring a tiny king when the clock strikes the hour. In the far corner of the square rises a mini-steeple called the Beautiful Fountain, a frilly carving that lives up to its name.

Our journey ends in Prague, a vivacious flirt of a city. And feisty! After the Nazis came 40 years under Russian rule, which collapsed with the brave Velvet Revolution. The yellow and blue flag of Ukraine flutters in solidarity all over town.

We began our exploration at Prague’s cathedral-cum-castle complex (“the largest in Europe”) on one side of the iconic Charles Bridge, festooned with vendors, tourists and heroic statues. Crossing into the Jewish ghetto, which, ironically, Hitler left intact to serve as “a museum of an extinct race,” synagogues cluster around an tiny, emotionally moving cemetery, where tombstones rise vertically from multiple-use graves.

Crowds gather on the sprawling Town Square to gaze at its famed astronomical clock as the hour strikes. Then, down a cobbled side street, we relish a farewell dinner for two (foie gras, roast duck, red wine) at the romantic Blue Duck as we toasted the trip of a lifetime and plotted of our next Viking voyage. Check out www.vikingrivercruises.com and start packing!