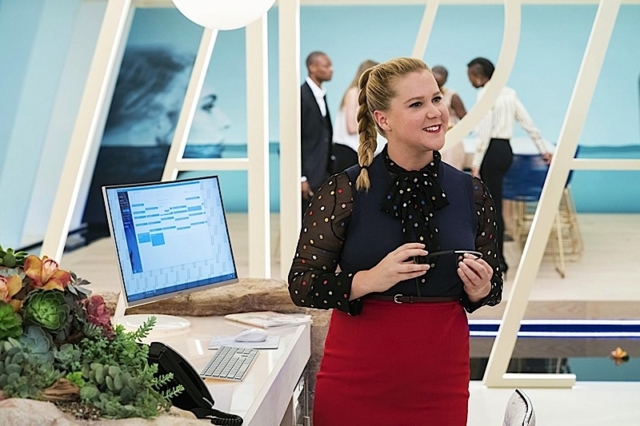 Photo by Mark Schfer-Courtesy of STXfilms.

We are long overdue for modern-day movie about the harsh realities of a superficial world that hails the physically attractive and turns its back those deemed undesirable. A movie that acknowledges the pain, self-doubt and shallowest that must be overcome before our hero can truly embrace the traits that distinguish you from the collective. Unfortunately, we are all going to have to wait longer because I Feel Pretty is not it. The story follows Renee (Amy Schumer), who desperately wants to be one of the pretty girls. After an accident during a Soul Cycle spin class, her dream comes true when she wakes up to a completely new reflection, believing she is now the most beautiful woman on the planet. With a newfound confidence, she is empowered to live her life fearlessly and flawlessly, and gets the receptionist job of her dreams at the cosmetics company she already works for. She earns the respect of her boss Avery LeClair (Michelle Williams), and bags a cute boyfriend in Ethan (Rory Scovel). But to everyone around her, Renee looks exactly the same as she always has.

The film’s message is similar to Bridget Jones’s Diary: Love yourself just the way you are. The difference here is in I Feel Pretty, Renee learns to say it to herself before she hears it from her love interest. The movie is about how Renee changes her attitude and turns into her best self. The occasional judging faces, the people offering statements of doubt, and the perplexed expressions are always shot down.. 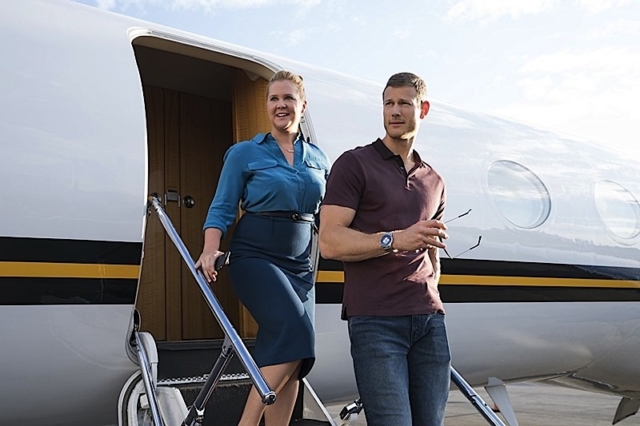 Photo by Mark Schfer-Courtesy of STXfilms.

It’s a bit of a shame that Renee’s ultimate worth is in selling people on a product line of makeup or deciding on a whim to participate in a bikini contest. I Feel Pretty suggests that while we all have our issues, pretty girls are dumb, bitchy and bad businesspeople, and un-pretty girls are smart, very friendly and are professionally savvier. It tries unsuccessfully to pose that confidence is the real beauty, while actually saying that feeling confident and attractive when you’re a similar body type to Schumer is funny. The lack of diversity in this film is a problem too.

The whole thing feels like producers trying desperately to capitalize on the body positivity movement, but instead engages every stereotype out there about white women with the opposite effect. At worst. the film feels like a wolf in sheep’s clothing for anyone with self-esteem issues, as it’s lazily-written and forgettable.

I Feel Pretty certainly has its share of laughs and enjoyable moments, thanks mainly to its fine cast. The script and direction could and should be much better. Toward the movie’s end, Renee delivers a powerful speech about women feeling confident in their own skin. It is much too narrow in its scope of womanhood and its exploration of a very important topical subject to succeed. but it’s a very long walk to get to this ray of sunshine. The movie is too shallow, and in the age of “Me Too”, everyone deserves better.