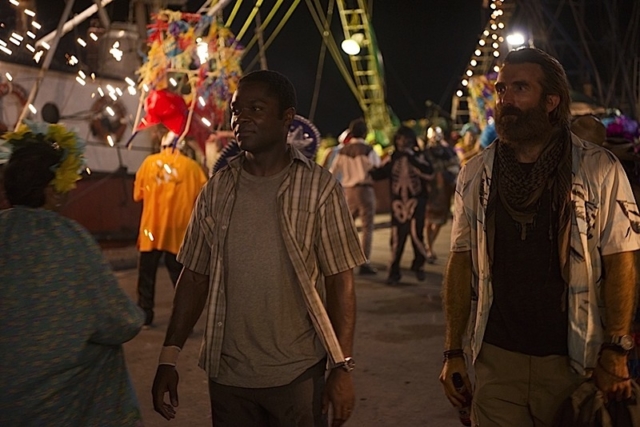 In today’s social climate, you could draw parallels between some pharmaceutical companies and the drug cartels. Going even further, these two could be one in the same. This concept is ripe for satire. Gringo tries to hit this dark comedy bullseye without the humor or the intellect to be a success. The movie centers around Harold Soyinka (David Oyelowo), an even-keeled Nigerian immigrant who works at a Chicago pharmaceutical company run by his thought-to-be friend Richard (Joel Edgerton) and Elaine (Charlize Theron), an icy, foul-mouthed sexpot, who’s willing to seduce anyone who can pave her way to the top. Harold discovers that the two have been in bed with a drug cartel to help the company’s subpar profits; he plots to turn the tables by faking his own kidnapping in Mexico. The problem is, Harold doesn’t know the cartel is also planning to kidnap him to keep the company’s new weed pill formula for themselves.

David Oyelowo is given the thankless task of carrying this movie. But he does it in a spectacular way. Oyelowo, who is best known for his role as The Rev. Dr. Martin Luther King, Jr. in Selma, takes a break from his more comfortable dramatic roles and tries this fish-out-of water comedy. He really makes you feel for this hard-working yet gullible, nice-guys-finish-last character. It’s a great balance of him making you feel sorry for him yet laugh at the same time.  He’s so personable he will keep you caring about him long after I’ve given up caring about the movie.

Charlize Theron seems to always give her all in any movies she is in, and does not disappoint. In a movie where it seems like most of the actors are limping through every scene, she is a breath of fresh air every time she is on screen. Even though she plays a stereotype of what women have been trying to disprove for decades, this is a great example of a great actor doing the best in a bad situation. 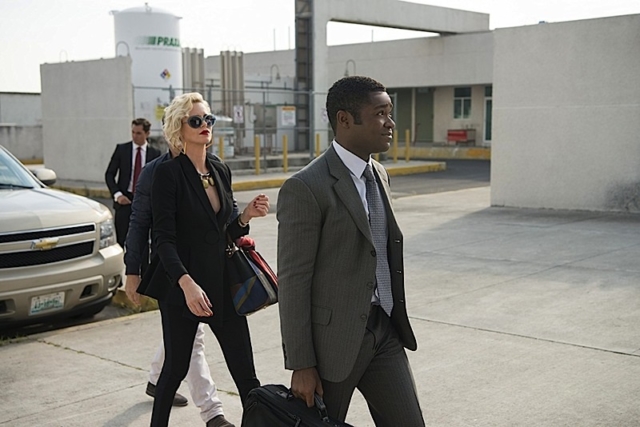 The film’s real weakness is found in the thankless female roles. Theron is brash and remorseless with no redeemable qualities. Even worse, there is a scene early in the movie when she and Richard find out Harold is kidnapped and shows concern for his well-being. It’s out of character and she never shows any concern for anybody through the rest of the film.

Harold’s wife Bonnie (Thandie Newton) is boringly vacant, has no personality, no depth. It’s never clear why she is unhappy with her marriage, and the audience is left to interpret why she is cheating with Richard, but I doubt the writers gave her any thought other than collateral in someone else’s battle.

And then there is Sunny (Amanda Seyfried), who is blind to the fact that her boyfriend is a drug mule, and is blandly likable. She has no purpose in this movie but to serve the men she shares the scene with. We as an audience deserve better female roles.

Gringo doesn’t know what it wants to be. It’s not dramatic enough to be a drama, the jokes are few and far between to make it a good comedy, and the action scenes are just plain dull. Plot twists make the almost two-hour running time fly by, but the confusing unbalanced tone, absence of actually funny moments and lack of character depth makes the whole movie feel all a bit pointless. While it tries to be this fish-out-of-water caper, stuffed with colorful so-bad-you-got-to-love-them characters, it doesn’t give enough time for us to care about them. It’s so busy with so many storylines, you might think there’s more to the plot than there really is. But there isn’t.