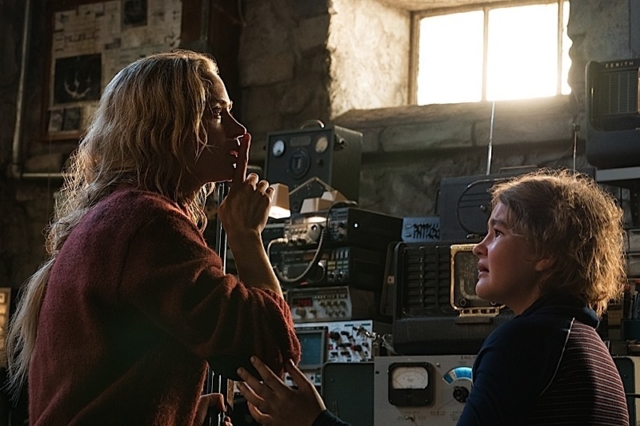 Who ever thought that Jim from “The Office” could write and direct one of the scariest movies of last decade? We follow the well-prepared and resourceful family living in fear in their remote farmhouse and see how they have survived for over a year by only taking occasional trips barefoot into the decimated town for supplies. Lee (John Krasinski) and Evelyn (Emily Blunt) know that sound tips off the monsters that will kill them and have developed numerous systems to keep them and their children safe from attacks. The family already knows American Sign Language, as they have been using it to communicate with their deaf daughter Regan (Millicent Simmonds) for years.

The silence in this movie is deafening. The film makes the audience think that if they make a sound, it could affect the characters onscreen. I did hear some squeals in the theater as my audience seemed to be afraid to scream or even let out a sound. The first line of dialogue, “You’ll be alright, I promise”, doesn’t occur until the film is about an hour in, which leaves an awful lot of time for the audience get into the groove of its increasingly unnerving reticence. In this way, whenever the film does offer a resonating sound, it seem like an explosion. Conditioned as we have come to be in the course of watching the film, as when you stand in dim light long enough for your eyes to adjust to the near darkness.

Krasinski does an excellent job keeping things moving in the movie, and clocking in at only 90 minutes, the runtime seems almost perfect. His camera placement is used to great effect, teasing the creatures before exposing them. The resulting alien attacks are also rendered to fine effect as Krasinski builds these moments nicely to milk as much tension out of every scene as possible.

Everyone in this movie gives great performances. Krasinski and Blunt pull off terrifying expressive performances as young parents desperate to keep their family safe at all costs. Blunt in particular has a way of combining horror, grief, and love into one masterful expression. A Quiet Place stands out from other standard horror movies that are usually committed more to jump scares than to skillfully rising feelings of tension throughout the film. 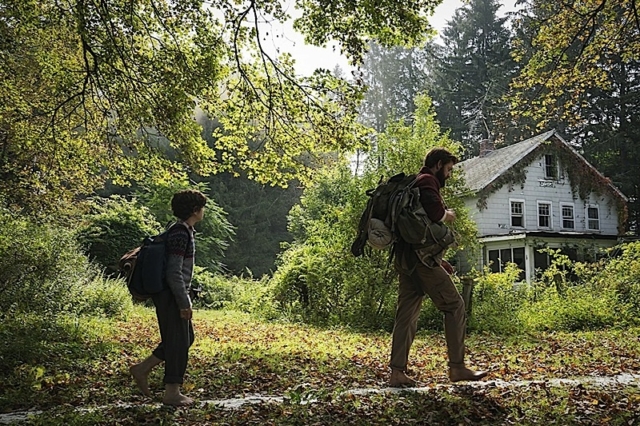 A Quiet Place is produced by Michael Bay, which accounts for the film’s outdated conventional gender roles and penchant for video game devices. The film at times seems overly sentimental rather than scary, especially when Lee looks out into the night thinking of the bridge incident. The indisputable love for his family makes his 1950s behavior, like excluding Regan from a father and son fishing trip, misplaced. I would understand the character better if the bridge scene broke him to be angry and overprotective, but he come off as just sappy and sentimental.

A Quiet Place is a seriously-made horror film with a strong cast and smart direction. It succeeds on the back of its honest approach to setting and characters. As those become better defined, and the conflicts between the Abbotts come into sharper focus, the audience becomes more invested in the outcome and their survival in the face of horrible odds.