Drag Yourself to Brunch

If you’re in need of brunch with a side of lively entertainment, a drag brunch is the place for you. Where else are you able to enjoy your favorite menus (who doesn’t love breakfast foods?!) and see your favorite queens do their thing, all in an atmosphere where it is socially acceptable to day drink? 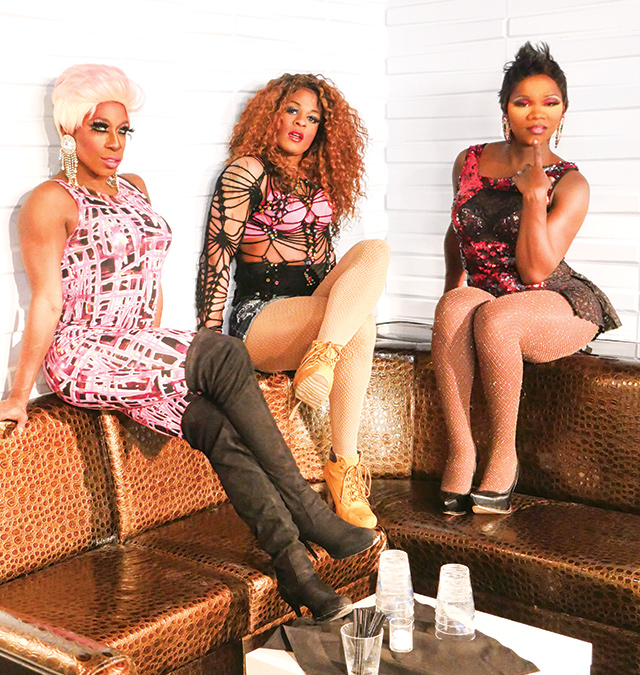 Any decent-sized city has at least one drag brunch, but with more and more Twin Cities eateries hopping on the drag queen brunch bandwagon (and not just gay bars, either!), there is truly a brunch scene for everyone. Whether waking up to hit brunch after a long night out on the town or bringing the family out for a nice meal, drag brunches across the metro are sure to entertain.

Gay 90’s
www.gay90s.com
On the first Sunday of every month, all ages are welcome as reigning Miss Gay United States Brandonna Dupri LaReese hosts Eggs N Drag from 11 a.m. until 2 p.m. LaReese takes credit as creating Minnesota’s original drag brunch, going on three years now. Coming from the East Coast where they are a popular event, LaReese worked to create a family-friendly brunch (note: the drag acts are G-rated), even slotting time in the act for the children in the audience to get on stage and strut their stuff. Brunch-goers can partake in a $15 all-you-can-eat breakfast buffet (complete with an omelet station, and kids under 12 get in for just $7) and $10 bottomless mimosas, with a Bloody Mary bar soon to come.

LaReese says she is seeing the brunches having a positive effect on the community. “We get a lot of kids who come with families, who are already identifying themselves as a different gender,” she says. “We are able to provide a safe atmosphere for people like that. Teenagers who are just starting to come out. I get to have conversations with these kids and families and share things I went through as a kid.”

Aside from LaReese and her “right-hand girl” Bad Karma, the cast at the Gay 90’s rotates with different girls featured. Regardless of who is performing that day, LaReese promises you’ll have a good time. No matter why you are brunching, LaReese says it’s all about you. “We do games, we bring out bachelorettes and bachelors; we do free shots for them on stage and they tell us where they met, and all that,” she says. “They make us, without them we would just be queens performing to empty chairs.”

Union Rooftop
www.facebook.com/flipphone
Born out of a desire to create a Dolly Parton Flip Phone event that Chad Kampe didn’t think would be a best fit for a night event, Flip Phone’s drag brunches are a hit, with reservations usually selling out within 24 hours. Without a set schedule, Flip Phone’s brunches are set each month based on Union’s schedule, though they usually happen on Saturdays. The best way to find out about the next brunch is to follow Flip Phone on Facebook.

“Guests attending our events expect a party, and we bring it!” Kampe says. “The retractable roof at Union is what really makes our events special. We have the opportunity to do our drag brunches with the roof off and under the sun. Who wants to sit in a dark room on a beautiful day? If the weather is cruddy, you have the opportunity to sit under the glass and feel like you’re outside. All of our events feel like a party and usually end with guests getting up and dancing.”

The party brunches are always set around a theme. Past brunches include Beyoncé, Britney Spears, Disney, and Dolly Parton, with more exciting themes to come. With the variety in themes, comes a variety of queens from across the drag community. “They enjoy coming back to our events because our audience is always thrilled for their performances,” Kampe says. “Many of the queens we work with also perform at Flip Phone dance parties. They all slay it! I say doing drag before nightfall is a gift from the gods! Our past queens include Sasha Cassadine, Kamaree Williams, Julia Starr, Phaedra Simone, Sasha Carter Richards, Jamie Monroe, Belize Rodgers, Kelondra Rodgers, Alexis Beamer, and Nickita Kyle.”

Kampe also partners with OutFront Minnesota to raise money during each event. So far in 2016, he says they’ve raised over $5,000 for the organization during these brunches.

Hell’s Kitchen
www.hellskitcheninc.com
Local favorite Hell’s Kitchen has always been known for their unique entertainment offerings and their relentless support for the community. According to Nina DiAngelo, they have been wanting to try a drag brunch for a while and approached her to make it happen.

Every third Sunday of the month, DiAngelo is sure to put quality above all else. Starting with the food. Hell’s Kitchen is consistently described as offering some of the best recipes in the city. The brunch menu is stacked with standard brunch favorites, as well as many of Hell’s Kitchen’s signature items. And of course, DiAngelo’s drag brunch features the infamous Bloody Mary bar, which is actually a 35-foot hallway where you can create some of the most insane Bloody combinations ever seen (only $12.95 during the drag brunch).

That level of quality is also maintained in the entertainment. Other than DiAngelo, local favorites/legends Roxy Marquis, CeeCee Russell, and Bebe Zahara Benet are mainstays in the cast. “Always the best of the best,” DiAngelo says. “Our show is heavily produced, and we offer some of the most seamless celebrity impersonations that the midwest has to offer. Also, we typically have an entertainer from out of town, just to ensure that when you come to our brunch you will always see something different.”

The timing of the Hell’s Kitchen brunch (3:00–5:00 p.m.) also sets them apart. You can sleep in and still see your share of fabulous drag accompanied with fabulous food. “Due to the overwhelming response we’ve received, there is a possibility that the brunches may become more frequent, but that is still in the conversation phase,” DiAngelo says. “We sell out rather quickly, so it just depends on who gets online first to get tickets.”

LUSH
www.lushmpls.com
If you ask Mistress Victoria DeVille, Lush’s brunch and drag shows have always been extremely popular, so it only made sense to combine them. Now, every Sunday at noon, for the price of a $20 ticket, DeVille and the cast of #DragRevolution thrill audiences while you dine on an all-you-can-eat brunch buffet of the favorites off the Lush brunch menu. Bottomless mimosas can be added for $12. Keep your eyes open! DeVille says they frequently have special guests.

“We have some fabulous regulars, but also see new faces every week,” DeVille says. “Our drag brunches feature the most performers in town.”

Each week has a different themed show. The first week of every month is Pajama Party Drag Bunch and the last Sunday of each month is themed for all ages (a G-rated, kid-friendly drag brunch). Popular themes in the past have included country western, gospel, divas, disco, and more!