Sashay Away With Dykes Do Drag! 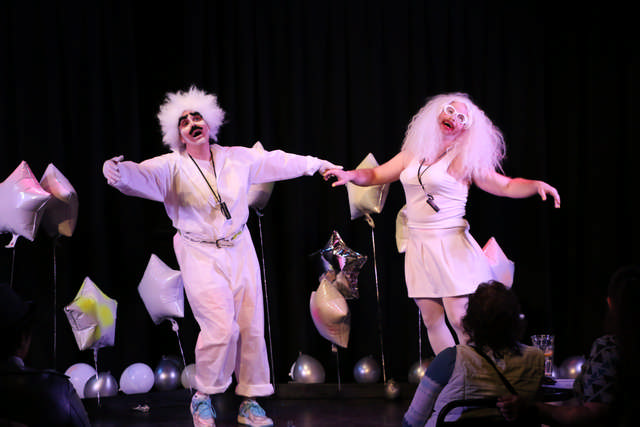 Dykes Do Drag! has boasted a revolving cadre of eclectic performers, such as SackaJo Weedah and Dick Diver. Photo by Lauren Hughes

This isn’t your mother’s drag show.

Dykes Do Drag! is anything but staid or boring, even as it completes a second decade of performances.

For three nights every other month, each two-hour performance includes about two dozen acts that rocket from funny to sweet to raunchy and back again. 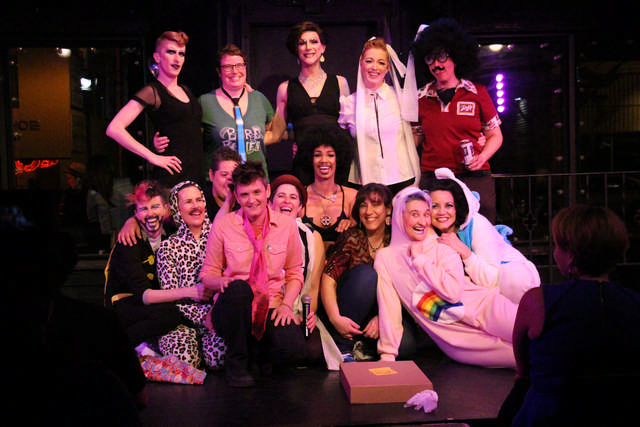 Dykes Do Drag! will be performing at First Avenue’s Grown & Sexy Pride VIII event on June 22. Photo by Lauren Hughes

And the show effortlessly shifted gears in between: a performer belted Florence + The Machine mere minutes after another in sultry business attire got more and more naked to a pounding EDM song. Audience members readily tossed crumpled-up dollar bills to both.

“If cats wore backpacks,” Spear asked during a Family Feud icebreaker that gleefully swerved toward the risque, “Name something they’d carry in them?”

Unlike most traditional drag shows, Dykes Do Drag! includes drag kings along with the queens, and folds in live bands, video work and the occasional clown. Spear—also known as The Gentleman King—has produced the performance art-drag-cabaret mashup since its inception in 1999.

She said she’s proud of the show’s eclectic nature, and said she always intended to create a place to push the limits of drag. 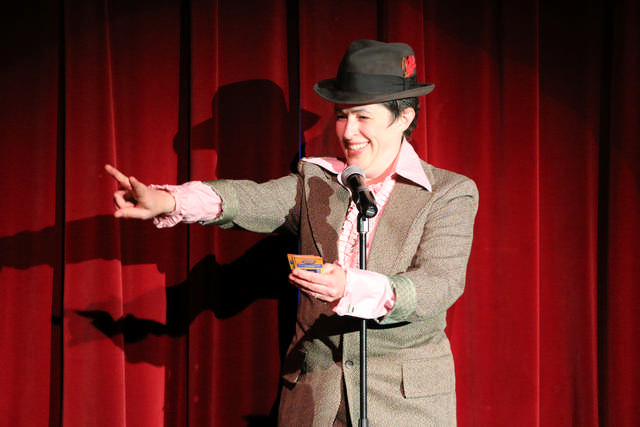 Heather Spear, also known as the Gentleman King, has produced Dykes Do Drag! since 1999. Photo by Lauren Hughes

“The concept of drag kings kind of flares up, people know about it and then they don’t,” Spear said. “All the kind of drag shows in town were either all queens or all kings. Myself and some other members of the dance community were interested in doing this, but we wanted it to be more eclectic and less gender-specific.”

Spear and DDD’s other organizers also wanted to move away from bar drag and emphasize the performance art aspects of the show.

The stage at Bryant Lake Bowl is small, but the setup keeps it from being claustrophobic. Backstage curtains, pulled back, reveal large windows and a door to Lake Street, and some performers take their acts outside. On the 21st, a trio of performers—one in a clown suit and the two in Victorian-looking dresses—deliberately, unnervingly, but hilariously paced in and out of the venue, staring down passing bar bros and paying customers alike as they held single red balloons. Blaring from the theater speakers? “99 Luftballoons”, of course.

“In a way, we can bring the whole world into the room at the same time as being nice and small and cozy and intimate,” Spear said. “It’s a really flexible space and in that regard I feel really lucky.”

Spear credits the venue, as well as the eclectic and rotating group of performers, with Dykes Do Drag!’s staying power. Every kind of performer is welcome to join the show, and Spear’s biggest job as producer is creating a cohesive experience for the audience.

Currently, Spear has an email list of about 30 performers, who she reaches out to weeks before a show. Each one creates their own act, and rehearses on their own, as well as with the group. This creates a fast-paced show that’s unlike traditional drag.

“I want people, the audience, to get as much of what we have to give them in those two hours,” Spear said. She doesn’t speak very much between acts, she said, to let the pieces speak for themselves.

“It’s always been really, really important to include anybody and everybody, wherever they are in their own lives, and help them realize that it’s OK to be who they are,” Spear said. “It’s incredibly important to me that the Dykes Do Drag! Community space is open to anybody of any gender, any race, any kind of personal identities or social identities. It’s just crucial to me that it’s a safe place for everybody.”

DDD’s next show at BLB runs June 14, 15 and 16, and DDD is also scheduled to perform at First Avenue for Grown & Sexy Pride VIII on June 22.