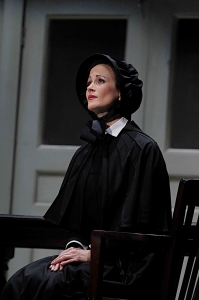 Adriana Zabala as Sister James, a teacher and a nun in Minnesota Opera’s Doubt