Director Wendy Goldberg Talks About Indecent, a Lesbian-Themed Epic at the Guthrie 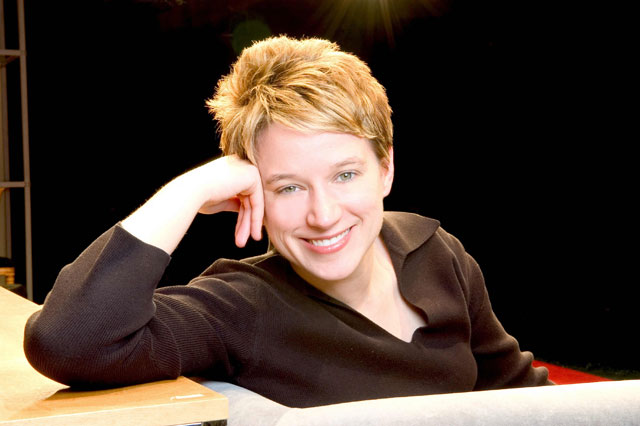 Wendy Goldberg is the Artistic Director of the National Playwrights Conference at the esteemed Eugene O’Neill Theater Center in Waterford, Connecticut. She is the center’s first female artistic director, and during her tenure it won the 2010 Regional Tony Award. Moreover, Goldberg is no stranger to Minneapolis, having directed two compelling productions of contemporary plays at the Guthrie Theater: Dollhouse and Tribes.

Goldberg has returned to stage another contemporary work that just last year was nominated for the Outer Critics Circle Award, the Drama Desk Award, the Drama League Award, and the Tony Award for playwright Paula Vogel. That play is titled Indecent. Rebecca Taichman won last year’s Tony for Best Direction of a Play for the Broadway production. The Guthrie is producing the drama’s first post-Broadway production on its largest space.

Vogel is a longtime out lesbian and OBIE- and Pulitzer Prize-winner whose work is both deeply researched and inventively conceived. Some of her major works—The Baltimore Waltz, Hot ‘N Throbbing, and How I Learned to Drive—have been vividly staged by local theaters. This is the Big G’s first Vogel production.

Indecent is unique in structure and bold subject matter but isn’t exactly contemporary. Vogel’s “play within a play” reflects the production history of a major Yiddish drama by Sholem Asch, titled God of Vengeance, written in 1906-07. The actors were arrested and charged on obscenity charges for its 1923 production. The piece was a lightning rod as its main character is a Jewish man with conservative pretensions who runs a brothel beneath his residence. His illusions are shattered when his sheltered daughter falls in love with one of his female employees. At the Guthrie, the daughter is played by Miriam Schwartz and the sex worker is played by Gisela Chipe. That said, Goldberg points out that there were other aspects to God of Vengeance that may well have been as or more controversial at the time.

JT: Would you describe how this play works?

WG: Indecent is about a theater troupe telling the story of (productions of) God of Vengeance. We meet this group of actors who are actually dead—it’s a ghost story. They come back to life to look at the development of God of Vengeance. It starts in Poland and then they travel all over Europe in Yiddish and then the players move to the United States, where the play plays in both Yiddish and English on the Lower East Side of Manhattan. Then, in the 1920s, it gets the call to move uptown to Broadway at which point its closes down on opening night charged with indecency. Beyond that it looks at how God of Vengeance survives post that time. The troupe of these particular actors continue to tell the story of the play and they go back to Europe.

JT: Do we see original God of Vengeance play within Vogel’s play?

WG: We see quite a bit of the actual God of Vengeance play on stage. Paula Vogel, through her incredible, remarkable, theatrical imagination, is looking at the reality of that and envisions the history of what happened to the people as they go through time telling the story. It gets to be an incredible swathe of history because we’re looking at a time where we have a huge influx of immigrants into this country and then the rise of antisemitism, of course, and a group of actors going back into Europe at the worst time to go back into Europe. That is the story of the play, and within it, Asch’s play has one of the first lesbian scenes in it. We have this gorgeous lesbian love scene between two women in the play. The balcony scene in the rain scene is very much like the balcony scene in Shakespeare’s Romeo and Juliet. These houses divided. These two young lovers that come together. It’s stunning. And it’s stunning to think that it was written when it was.

WG: The sense of this looking at it from the outside was that, although the play had been produced and seen for many years in different parts of the world, when it comes to Broadway it gets closed down. Was it because of the women kissing and a loving relationship between two women? Maybe. Does it close down because it shows a real relationship between two women? Maybe. But it’s actually more about the antisemitism rising in the U.S. and anti-immigration.

Unfortunately, Paula’s play has become more topical in the times we’re living in. I think that is one of the reasons why, aside from just being a gorgeous theatrical, imaginative story in a difficult time, it resonates now: to ask what it means to not live the normative experience; what it means to be an immigrant; what it means to be women. So all these things remain very current in this moment. 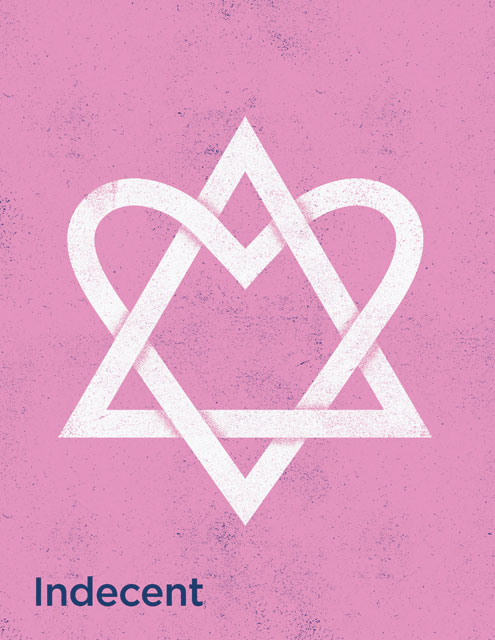 JT: And now you are directing Indecent.

WG: It’s pretty special to be entering into this world after the seven year collaboration between Paula Vogel and  Rebecca Taichman, that culminated in Rebecca winning the Tony Award for her direction of it. Someone asked me, now that you’re taking it on, what does that mean? The story will be told no matter what. We will be telling stories that are important to mankind. As a director you look at how to approach something all the time. We are always looking at how we’ll approach the next production. With something that perhaps has had a storied history —how do you enter into that?

It’s really great to it put on the Guthrie’s thrust stage. When they first called me about the show I think I just assumed it would be on the Guthrie’s proscenium stage, not that that isn’t a large space as well. But I never had the perception of the thrust stage being a place where they put on a pretty new play. So it was amazing to get the call that this is where (Guthrie artistic director) Joe Haj wanted to put the play on—a spotlight on the main stage. So it speaks to a lot of what he’s trying to do there.

JT: The Torah is desecrated at one point of Indecent. That moment happens in God of Vengeance, and it was very controversial.

WG: What Asch was trying to show Jews was their complexity. The story of the play, God of Vengeance, is  about this family that lived upstairs of a brothel. Upstairs the father is trying to live this pure life of a good Jew but then at the same time, in order for him to make money, he’s running a house of prostitution in his basement. It looks at the complexity there. In our very first reading, many of the people around that table couldn’t believe that’s what he’s doing or what he’s going to put out there. He sticks to his guns and Paula really wants to explore the complexity of human beings who do that—meaning you look at both the light and the dark. It’s controversial. Leave it to Paula Vogel, of course, to enter into societal taboos, and with empathy and compassion. When you think about her work, it’s a perfect kind of combination of her great elements, her writing and her style.

JT: Today’s Broadway audience is much more diverse and accustomed to what was once off-limits subject matter. Jews today are vastly more respected in the New York theater scene. Was the Broadway audience more of White Anglo Saxon Protestant in the ’20s? Am I looking at a major difference?

WG: Yes. You are. There were cuts made to to make it more palatable to that particular audience. But it made the play less about love and more about sex. It really disappointed the people making the piece, and that there was any censorship of the play. And even when they did that censorship it still was still shut down. It was very inflammatory at the time. Paula’s play looks at all of the intricate things of that journey.