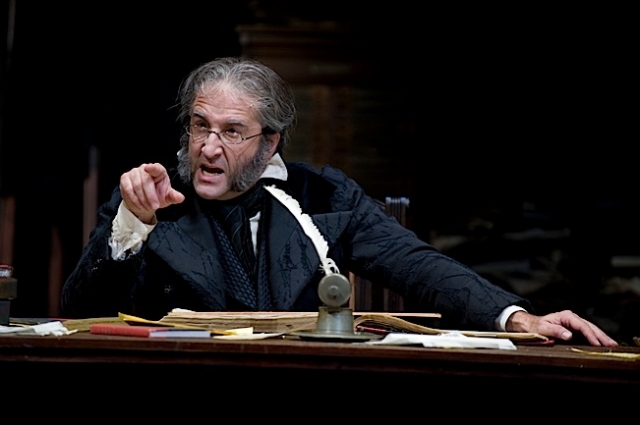 A Christmas Carol is a holiday tradition that can too easily be turned into lollipops and candy canes. But it must be borne in mind that its originator, novelist Charles Dickens, was a 19th century ‘John the Baptist’ who raged against England’s widespread exploitation of children,  unbridled capitalism, and systematized class-driven poverty that coarsened human beings, therefore, their interactions with other human beings.

At the Guthrie Theater, Crispin Whittell’s stage adaptation of the novel apprehends the Dickens mentality but it is director Joe Chvala who has really seen to it that that mentality is manifested in emotional and pictorial terms.  It’s a beautiful staging with a bleak and spectral edge. Designer Walter Spangler’s London street set evokes a drearily haunting look that suits the ghosts who appear in the play and the gritty reality that hardscrabble Londoners would have been compelled to exist in.

The soul of the play is served with profound power by J.C. Cutler’s leading performance as miserly Ebenezer Scrooge. It’s one of literature’s most recognizable roles, even in this age of ill read people, but Cutler is no cliche. His transformation from essentially sociopathic greed to real empathy is authentic and numinous. 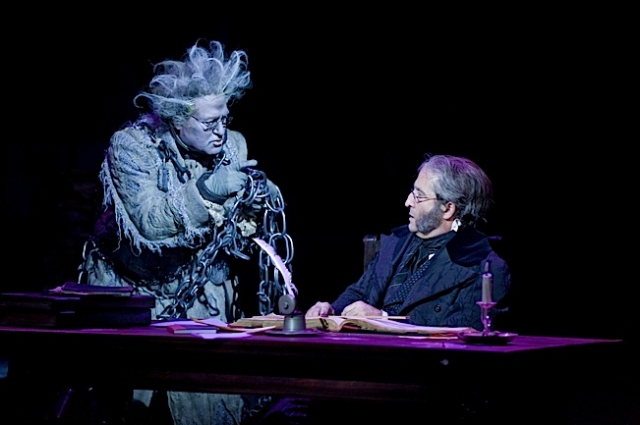