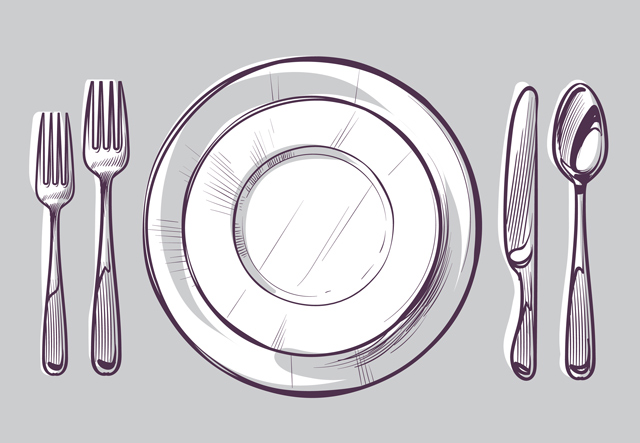 Question for you, fellow travelers: When you’re on the road alone, for business or pleasure, what do you do about dinner? Do you settle for a burger at the hotel bar, or order room service while you watch a movie? (That’s what the original Liberated Woman, Gloria Steinem, told me she resorts to: “I hate sitting in a restaurant alone.”)

You’ve come a long way, baby, but not far enough. You’re passing on the opportunity to have an experience instead of a mundane meal. What’s to lose by venturing to the cute, little ethnic café you passed in the taxi or showing up to investigate the town’s hot foodie magnet? Only your timidity.

What’s to gain? An opportunity to connect to the local scene. And for those of us who love to try the Next New Thing saluted by the glossy food magazines, maybe bragging rights. (Okay, I couldn’t get into Copenhagen’s Noma—touted as the “the world’s best restaurant”—but not for lack of trying for a reservation. Instead, I dined in the kitchens of its alums—yes, all dressed up….and solo.)

My solo dining took off decades ago in London, where I’d made a reservation at a trendy restaurant. I’d left Minneapolis on February 13 but, jet-lagged, paid no attention to the arrival date: Valentine’s Day. The café’s host sent a red rose to my single table. Then a glass of champagne followed: a gift from a couple seated nearby, who felt no one should dine alone on this romantic evening—so, would I like to join them? They even phoned a gentleman friend to meet us at a club after dinner.

In Seattle recently, in a dining room of closely-packed tables, I ordered a bottle of wine. Knowing I couldn’t finish it, I asked the diners to my right if they’d enjoy a glass. Indeed they would. We ended up passing appetizers back and forth as they shared insiders’ sightseeing tips. (Note that I am not stupid enough to invade a romantic tete-a-tete.)

At Catbird Seat—Nashville’s hottest ticket at that moment—as a solo diner, I was given a counter seat in front of the prep station, so I chatted with the sous chef about the local dining scene while he sent a couple of “You’ve got to try this” hors d’oeuvres my way. I got to watch him engineer creations like potato foam, which I’ll never dine on chez moi.

In New York City, I’d made a reservation at Chef Joe Bastianich’s newest venture. But when I arrived, they refused to seat me at a table (“only for parties of two or more”) and directed me to a bar stool. Turned out that at the stools on either side of me were seated chefs of competing restaurants, so I got an earful as well as a mouthful. But I had better luck at the dining rooms of bold-name chefs Daniel Boulud and David Bouley. Being seated alone caught their attention as they surveyed the evening’s crowd. Both sent out a complimentary dish or two—and even stopped by to chat—because I was on my own.

The idea works in more humble cafes, too. In Florence, where I recently spent a week, the host of a popular trattoria greeted me not with the usual “Uh, party of one?” but rather the morale-boosting “On your own, are you?” I happily returned the next night, too.

In Bucharest, I was told by my hotel that the ultra-popular beer hall down the street had no reservations open for that evening—or for the foreseeable future. But I ambled over, anyway, and ventured to the hostess stand. In a tight corner nearby stood an empty table with a single chair. Amid the waiting twosomes, I gobbled pierogies until ready to burst, then applauded the ebullient floorshow for which I now had a front-row seat.

In several of Vienna’s elegant pastry shops (Sacher torte, anyone?) the long line outside the door consisted, it seemed to me, of individual local shoppers of a certain age, ready for their kaffee-mit-schlag (whipped cream) break. As only an American would, I asked a frau near the head of the queue if she would mind sharing a table. First, shock; then a smile. Certainly!

On a trip to Beijing, others on my group chose to dine in the American-style restaurant in our hotel. Instead, I decided to wander through the columns of high-rise apartments surrounding the block to reach a public park. As I sat to catch up on my notes, a young local joined me and asked to “practice English.” Turns out she had virtually none to practice, but we smiled a lot. Famished by now, I drew a picture in my notebook of noodles and chopsticks, then gave an elaborate shrug of my shoulders to indicate “Where?” She in turn drew a little map to the noodle equivalent of McDonald’s nearby, where I slurped my fill in the company of curious locals. Fortunately, I knew the Chinese word for beer.

I could go on and on, but it’s your turn now. Here are a few tips to help ensure an enriching experience.