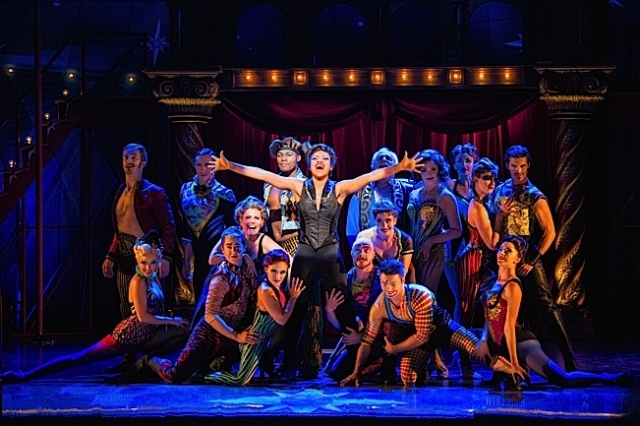 The staggering Tony-winning Best Revival national tour of Pippin is enthralling audiences at the Orpheum. The musical was first produced in 1972 and embodied the era’s zeitgeist idea of “finding yourself'” and “finding the meaning of life” in general. Composer-lyricist Stephen Schwarz gave birth to the lovely Godspell a few years before and in the 21st century he would go on to create arguably the best Broadway 21st century musical so far, Wicked.

The musical (with a fabulous book by Roger Hirson) resembles a medieval quest tale in which Prince Pippin does classic things a man supposedly does: he goes to university, then to war, to a life of debauchery, to revolting against his father King Charlemagne’s undeniable tyranny but lacking a vision to replace it with, and then onto traditional work and marriage. He quests to find a higher purpose. One is reminded of the search for the Holy Grail. The proverbial Moral or Sentimental Education, what might be called A Journey to the Self. 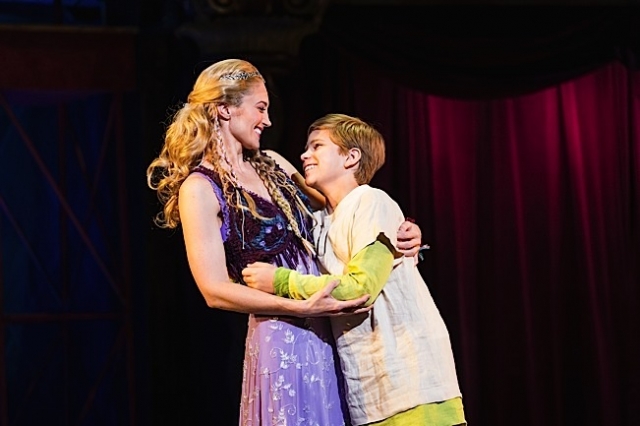 Diane Paulus has directed Pippin with a sensibility so glorious that it borders on the overwhelming. She has re-imagined the musical in terms of a circus troupe that enacts the story. Masterful acrobats turn flips, do aerial rappelling, and dance in a style that recalls the original Bob Fosse but which still has its own distinct style. Chet Walker’s revival choreography has miraculously honored Fosse’s style while blending circus-based movement, vaudevillian pizzazz, and a contemporary sensibility. Walker is a great choreographer in his own right. 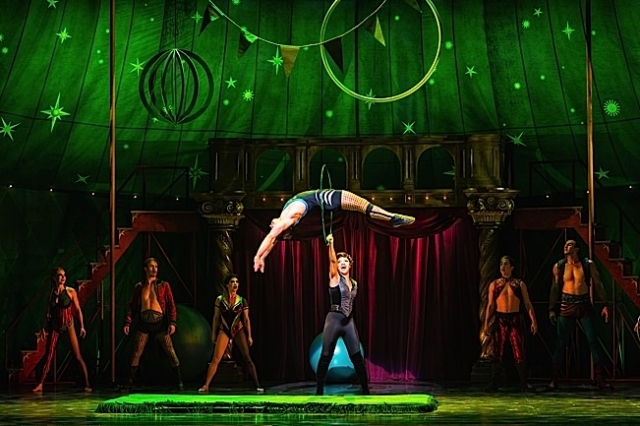 An impeccable cast is both boldly presentational yet numinously attuned to elicit inner life in moments of speech, silence, and song. Aside from Big Tent theatrics Paulus’s vision has echoes of melodrama, commedia dell’arte, vaudeville, Broadway brassiness, and stunningly profound spiritual depth. It’s a show that has a heart so big it’s almost too hard to absorb it. Few musicals are so spiritual.

The vibrant cast in anchored by two truly great leading performances: Sam Lips as Pippin and Sasha Allen, a woman, as Leading Player, which was immortalized by a man, Ben Vereen in the original. That said, Allen is utterly magnificent. She and Allen steer an ensemble that buoyantly delivers every single moment -whether high or low- with magnetic and often exhilarating focus. 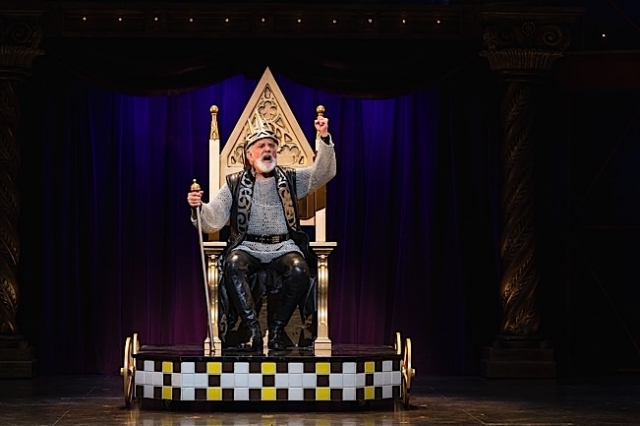 Two powerfully special things about this production is that John Rubinstein who first played Pippin on Broadway plays Pippin’s father, Charlemagne, at the Orpheum and he is perfection. For those of us who have loved the original cast recording for all these decades, it is Rubinstein’s beautiful voice we hear. But make no mistake, Lips is just as splendid in his own way.

But as if that wasn’t enough, the legendary Priscilla Lopez of the original Broadway production of A Chorus Line and Best Actress Tony-winner for A Day in Hollywood/A Night in the Ukraine 34 years ago is Pippin’s grandmother, Berthe, and her renditon of No Time At All is every bit as memorable as Irene “Granny Clampett” Ryan’s version in the original – and that’s saying something! 66-year-old Lopez’s performance is a triumph of sensuality, brassiness, bravery, gigantic soulfulness, and aerial feats that are nothing less than mindblowing!

But then Diane Paulus’s entire vision of Pippin is mind-blowing!