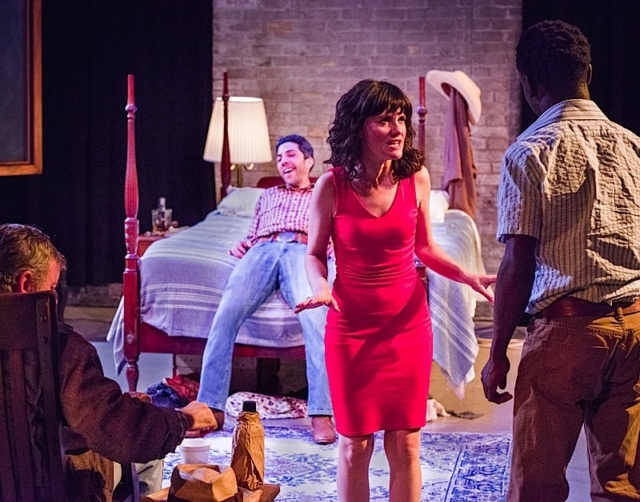 The late, great playwright Sam Shepard was an indelible recorder of the decline of the American West and the mythology sprung from it. Shepard also held a core connection to the roots of western drama, that being “the West” of Western culture. He merges these two profoundly anchored sensibilities in his extraordinary dramatic canon. One his sterling examples of this is the 1984 Obie-winning* Fool for Love. Set in a dive of a motel in the Mojave Desert, this seemingly simple play presents one of the most volatile love/hate relationships in contemporary drama. What is it that compels or impels Eddie and May to continually return to each other? Is it love, sex, endlessly cyclical inner monologues, a connection to the past? Or what? This is what makes Fool For Love so deliciously mysterious.

Shepard actually passed away in Kentucky during the rehearsal period of this staging, so that adds a haunting quality to the Dark & Stormy revival at the Grain Belt Warehouse. Director Mel Day’s multiracial cast is a wonderful testament to the playwright’s universality as each actor manifests their character with a textured sense of a contemporary West fallen from grace and mythos. 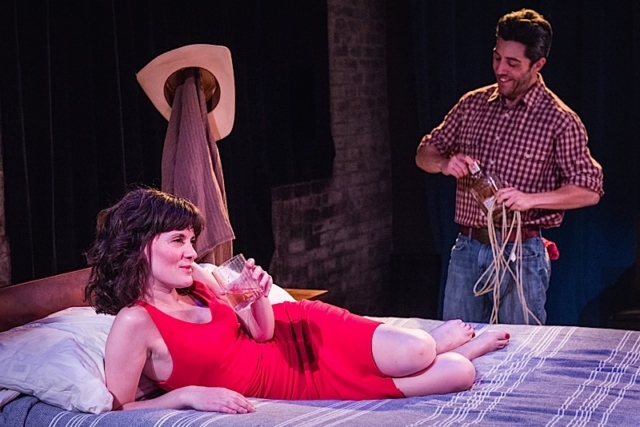 Sara Marsh’s fiery May is utterly feline, hardwired into a suspended state of emotionalism that continues to short-circuit her into the toxic connection with Eddie. James Rodriguez finds Eddie’s compulsively possessive characteristic—is this organic to him or something conditioned by codes of frontier masculinity? Or both? Antonio Duke plays Martin, a suitor for May, and the most mentally balanced of the play’s four characters. Martin lives in the present, whereas the other characters are stuck in not only in the past, but in another era. Duke gives a fine performance that blends right alongside the leading couple, onto the roller-coaster that the volatile pair careen away on. Therefore, anyone else who happens to be in their presence is at risk. Imagine being on a roller-coaster but not being fully strapped in by the safety belt. 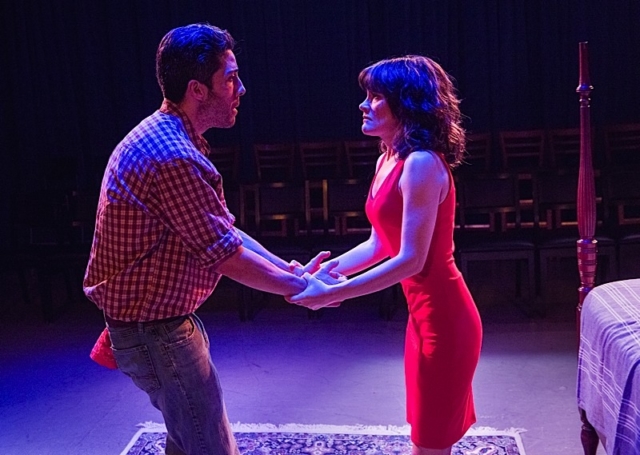 The cast’s most seasoned actor, Patrick Coyle, is sumptuously seedy as a mystical figure who sits watching the action as the three others interact. They don’t see him but do they sense him on a subliminal level? Again, this play seems to ask more questions than give answers. I’ve seen other strong productions of Fool for Love over the decades and Coyle’s Old Man is the best I’ve ever seen. He brings forth true western grit and a staunchly stubborn attitude, fiercely underplayed, that makes us wonder just what this man is hiding from. 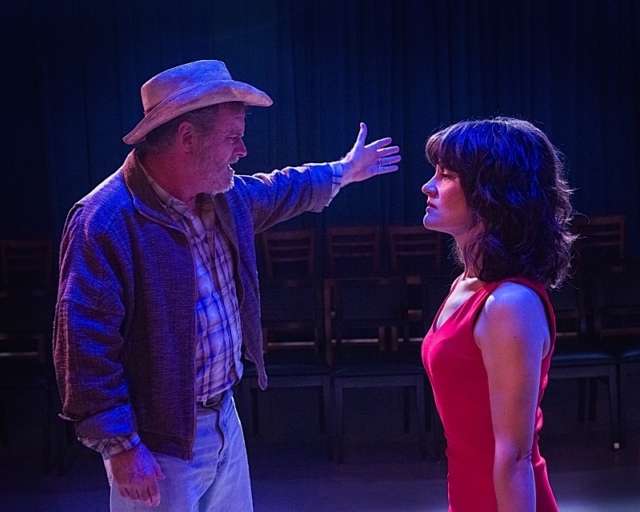 If anything, this sort of grit and underlying fierceness could infuse throughout this production more. Dark & Stormy’s Fool For Love is certainly a compelling show but the ghosts of the Old West and perils of sexual passion could rear their heads more. Nonetheless, this is a must-see production as we reflect on the life of Sam Shepard and another recently passed luminary of the contemporary West, Glen Campbell.