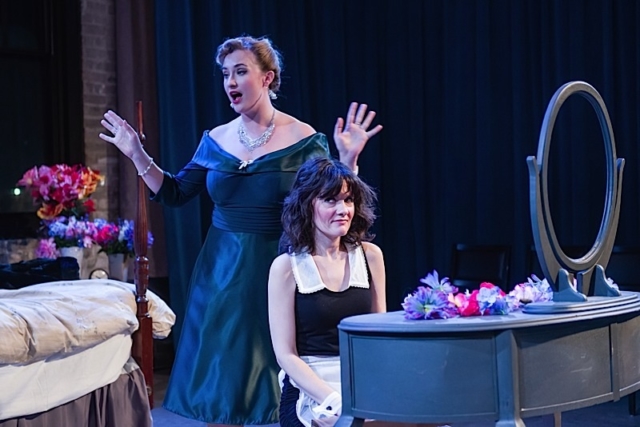 Dark & Stormy Productions is presenting the second 2018 local revival The Maids. It is perhaps the most mind-bending work by iconic gay French writer Jean Genet. This 1947 drama is often categorized as “absurdist” and draws dark inspiration from the grisly murder committed by two sisters of their employer’s wife and daughter in the 1930s.

Sara Marsh has directed the translation by Bernard Frechtman at the Grain Belt Warehouse with a clear understanding of the role play the two maids enact through much of the text. Characters Claire and Solange are reminiscent of exuberant children acting out a death fantasy of the woman known in the play simply as “Madame.” 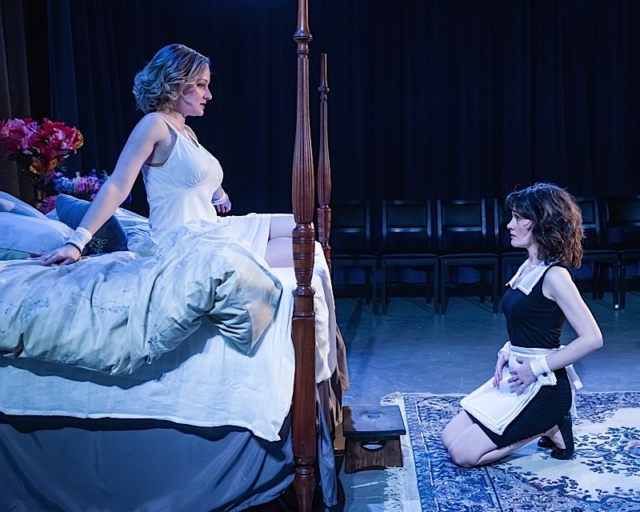 A major challenge Genet throws down to the actors is that Claire and Solange swap roles frequently in a large expanse of domination-submission dialogue. Claire, as played by Jane Froiland, and Solange, as played by director Marsh, deftly maneuver through the ricochet interplay with often playful vibrancy, giving an ironic twist to the murder plot expressed in the subtext.

Emily Bridges’s Madame contrasts the pair with disarming vulnerability. She resists stereotypes of an unlikable snobbish rich lady or a saucy femme fatale spoiled by her rich gangster lover. It’s an effective choice as Bridges makes us sympathetic to Madame because she is trapped in her relationship with a serious criminal while  unwittingly being targeted for death by her supposedly loyal maids. It provides a moral compass for how the audience should reflect on what’s being plotted against her.

Director Marsh renders Genet’s text with suitably brisk vitality and respect for language, but she falls into the trap Genet sets for the actors (as do most directors of this strange little play).The Maids requires as much unspoken psychic energy as it does spoken apprehension. There is still the land of the unspoken yet to be explored in this production. In fairness, other productions of The Maids also tend to falter on this count. Genet’s pair would have had a perverse attitude toward setting up the horrific murder of Madame. (A more recent example is the three teens and one adult who abducted and tortured the mentally disabled teen in Chicago on New Years Eve, 2016.) To cross the bridge into grisliness means the actor must really go to a deep and ugly place. A twisted joy rife with a passive aggression boiling in a psychic pressure cooker. We need to see and feel that much more. 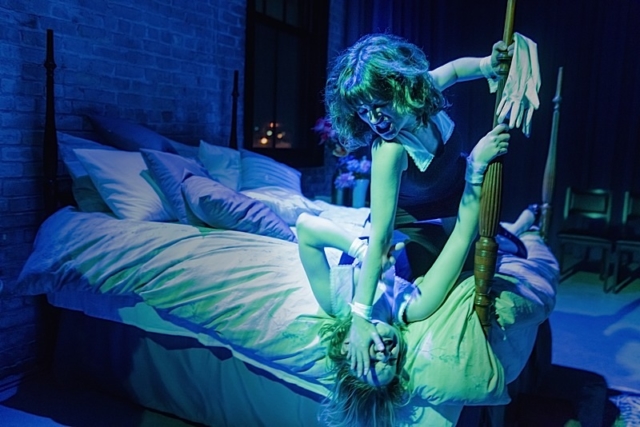 Therein lies much of the sadomasochistic undercurrent that Genet himself was intensely aware. This derives from the two competing aesthetics of the Enlightenment in France—something that Genet’s generation would have been inculcated with: Rousseau v. Sade. This overview held sway until post-modernism. Genet’s purview is definitely from the Sadean. Like Genet, the Marquis de Sade was all too aware of incarceration and suppression of primal instincts.