Daniel Champagne Returns To The Stage In Minnesota 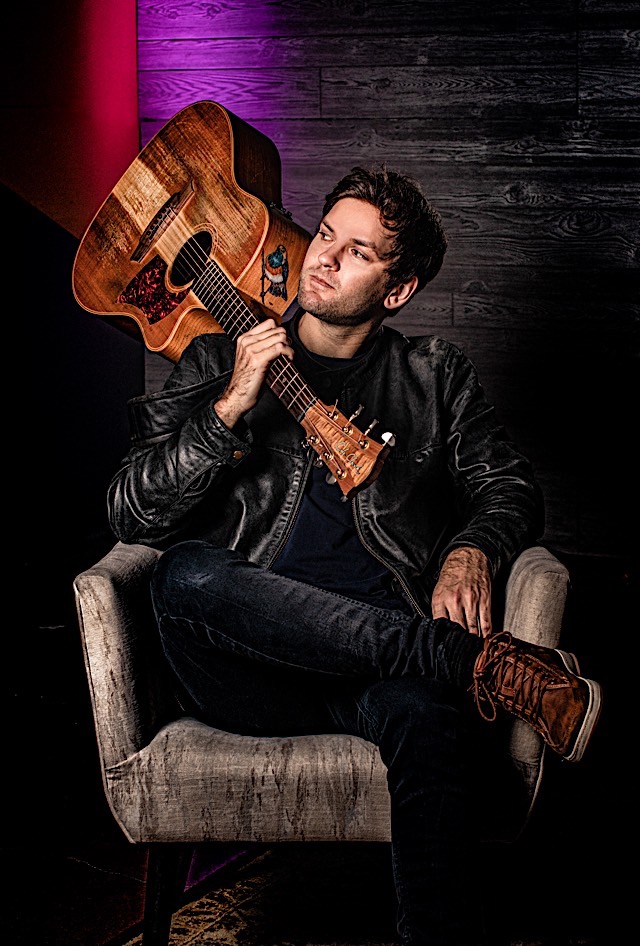 If you love great guitar-driven music from a solid singer-songwriter, you may have heard of the name Daniel Champagne. Rumor has it that he has become an object of adoration by his LGBTQ fans back in his native Australia.

For the past two years, Champagne had been under lockdown due to the COVID-19 Pandemic back home in Australia. In the meantime, Champagne has been working on new music, performing virally, and has now returned on a worldwide tour. His tour has two stops here in Minnesota: July 23 at the Sundin Music Hall on the campus of Hamline University in Saint Paul and July 25-26 at the Wussow Concert Café in Duluth.

This classically-trained guitarist took some time to chat with Lavender Magazine ahead of his dates here in Minnesota.

The first thing to know right off the bat is that Champagne is “fortunate to travel the world playing my own original music.” Champagne’s father was his first teacher and has “learned from and then I studied a lot of others on the path,”

Since his ascension as a musician, Champagne performed alongside several acts, such as INXS to Rodrigo Y Gabriela, to name a few. “I was so lucky to be on those stages,” said Champagne. “In the world of making music, getting close to other artists is the closest thing to something tangible that we have. Some really great memories there.”

When it comes creating original music, Champagne usually keeps “the music and words/subject separate at the start. I collect different guitar parts that I stumble across backstage or in hotel rooms and then a separate list of lyrical ideas that I pair together later on.”

Just like the rest of the performing arts, the COVID-19 Pandemic locked down venues and performance spaces from both artists and fans alike. In the case of Champagne, it means being locked down in home country of Australia. “I was very lucky to go back to my hometown on the south coast of New South Wales to create music,” Champagne explained. “I played some live shows every day online and eventually got to go out and play gigs around Australia and New Zealand!”

Now that he is back on tour around the world – including his stops at Hamline University and in Duluth – what should you expect from a Daniel Champagne performance? The answer is quite simple…and, we’ll let him explain: “If they’re a fan of guitar music then I think they’ll enjoy the gig. I’ll be playing a selection of songs from older albums and one that is soon to be released!”

We believe you will be entranced by his music, as well.