Dance: On the Move 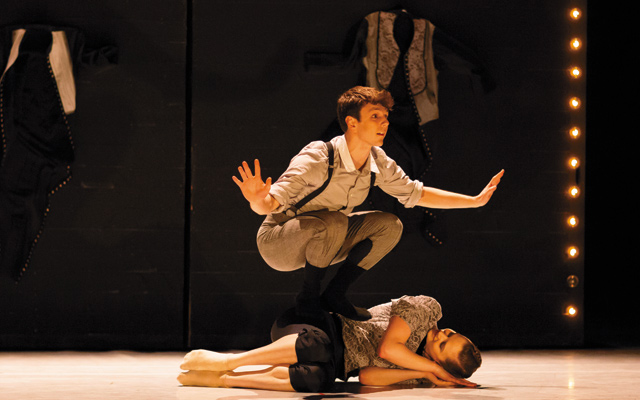 It’s not the new normal. It’s the last year of abnormal, says Northrop Auditorium’s media maven, Cari Hatcher, and it’s about time. While its home on the U of M’s campus is being renovated, its Dance Series has camped out elsewhere—at the State and Orpheum Theatres, at St. Kate’s O’Shaughnessy, and at Walker Art Center. “It’s like throwing a party at someone else’s house,” she laughs, looking forward to the gala re-opening April 4. Yet it’s probably introduced new audiences to its supurbly-curated program aimed at “presenting world-class dance from around the world—things we here can’t see anywhere else,” Hatcher maintains.

The 2013-24 season, devised by Program Director Chris Tschida, walks the line between out-there and back-then: a mix of classic storybook ballet, highly-regarded emerging companies, and the totally contempo. It opens September 21 at the State with a return of Chicago’s contemporary Hubbard Street Dance, “one of our audience’s favorite companies.” They’ll perform the American premiere of “Casi-Casa,” by Swedish master choreographer Mats Ek, who’s also worked in theater with Swedish icon Ingmar Bergman. The program also includes two works by Alejandro Cerrudo: the dreamlike “Little mortal jump” and “PACOPEPLUTO,” with music by—who?—Dean Martin. Yes,  that Dean Martin, the rat pack’s king of cool. Plus a world premiere by a resident company member.

As part of the Women of Substance series co-produced with O’Shaughnessy to showcase works by female choreographers, on October 12 New York-based Gallin Dance will perform a 60-minute work by the company’s muse, Andrea Miller, whom the New York Times hails for her “voluptuous polyglot choreography.” Says Hatcher, “The work she’ll bring here, ‘Blush,’ takes the moment of a blush and expands it. It’s fiery. It’s athletic.” And it’s performed by six dancers in white paint who explode with emotional and physical exertion across O’Shaughnessy’s stage.

Ballet Preljocaj returns October 30 at the Orpheum, following 2012’s smash hit, “Snow White,” which left Twin Cities audiences gasping—and gasping for more. This time around promises more of the same when the company, based in Aix-en-Provence, returns with a work choreographed by Preljocaj himself called “And then, one thousand years of peace.” Which is anything but a stroll through Eden. With props that include chains, mirrors, and flags—”really epic, very visually commanding and over the top” promises Hatcher—it presents an impressionistic interpretation of the Apocalypse as foreseen in the Book of Revelations (a book which appears onstage itself, wedged in a dancer’s mouth). (An aside: While spending spring in Aix, this writer saw Preljocajs’ choreography of Stravinsky’s “Rite of Spring”: utterly violent, utterly beautiful. I still can’t stop thinking about it.)

But what about the fans of  arabesques and toe shoes? Not to worry. The classically-trained Shanghai Ballet, organized in 1979, will make its Dance Series debut this season at the Orpheum on November 12. The company will perform “The Butterfly Lovers” of 2001, called “visually a smash from start to finish” by Ballet Magazine. The story is the familiar tale of Romeo and Juliet “but with a new twist,” says Hatcher—“a blend of classical ballet with Chinese folk. Brilliant!” 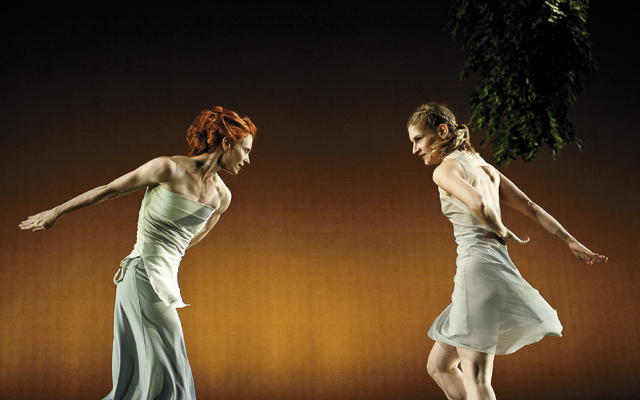 Again as part of the Women of Substance series, Kate Weare Company will perform two works at O’Shaughnessy on December 5—“very lyrical, very beautiful works that showcase the strength of the dance company,” Hatcher promises. As part of a residency program affiliated with the performance, “We’ll also offer workshops for middle- and high-school girls aimed at growing their self-confidence and looking toward what they want to become.”

On January 14, back at the Orpheum, Wayne McGregor and Random Dance return to thrill audiences left crying for more when they first appeared here in 2008. The company’s unique approach to dance explores the relationship of mind and body by working with a neurologist to explore the impact of the brain on body movement. “FAR”, which premiered to raves  in 2010 at London’s Sadler’s Wells, is inspired by the controversial Age of Enlightenment Studies. The choreography is set to a haunting electronic score by Brian Eno-collaborator Ben Frost and is staged in shadow-and-light installations that include a backdrop of 3,200 LED lights—“definitely a character in the story,” says Hatcher, who adds, “His dancers elicit his unique vocabulary. ‘How do they DO that?’ I always wonder. They’ve pushed their bodies beyond their boundaries, but they’ve mastered his vision.”