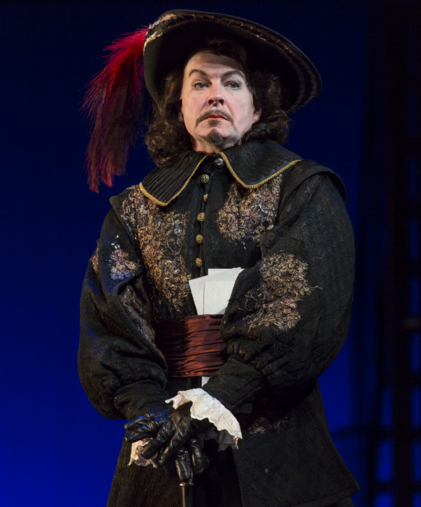 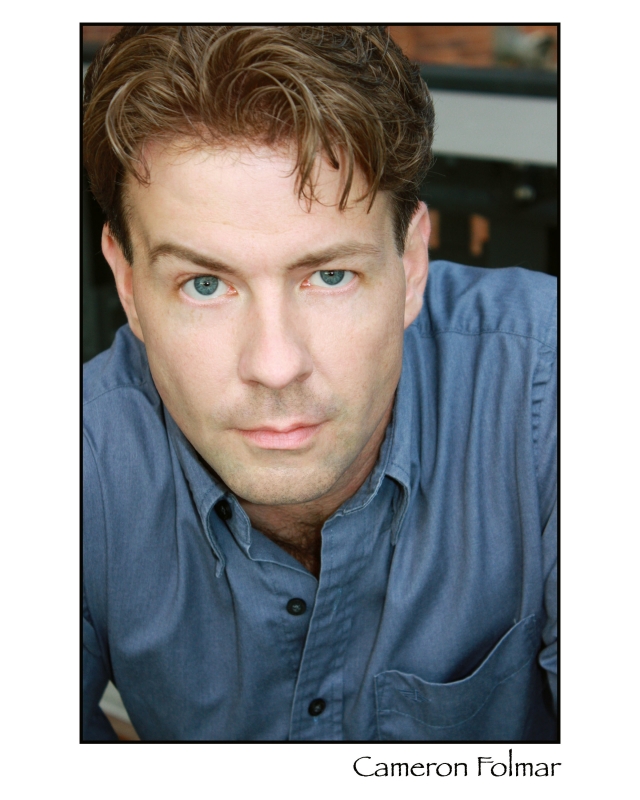 Cameron Folmar has been making quite a favorable impression on Twin Cities audiences for two seasons now in two of the Guthrie Theater’s most popular shows of recent years. As drag artist Miss Tracy in Jeffrey Meanza’s The Legend of Georgia McBride, he had the audience erupting with laughter from start to finish. In the current production of Edmond Rostand’s Cyrano de Bergerac, Folmar is the very picture of aristocratic sophistication. He probes into the dark side of Count de Guiche with intensity and flourish. In asking a few questions about his characterization, he made me aware of the complexity in a character that some may not find to be very likable. All said, Folmar’s performance is superb in a splendid production adapted and directed by Joseph Haj.

JT: Do you see any similarities between Miss Tracy in The Legend of Georgia McBride and Count de Guiche in Cyrano de Bergerac?

Miss Tracy and Count de Guiche are both driven individuals, but they go about getting what they want in vastly different ways. Miss Tracy has charm, warmth and a dynamite sense of humor at her disposal, while the Count de Guiche is described as cold and calculating in the first moment we meet him.

Tracy seems to have more in common with Cyrano in that both are outsiders. They both have style and a smashing wit—panache, as Cyrano might say. Perhaps most importantly, Tracy and Cyrano understand the value of being true to themselves and they are not afraid of living against the grain.

JT:  Count de Guiche is incredibly cruel, vindictive and competitive. What do you think this comes out of?

CF: The play is set in a time and place where the social strata are severely defined. Nobles are born to lead and the common people to serve them. Count de Guiche is very much of this world. He is a nobleman. He is driven toward power, fame and wealth: “a life brimful of worldly success,” as he puts it. He says and does the things necessary to rise. He is very good at forging advantageous relationships, his marriage to the niece of Cardinal Richelieu, for example. By the end of the play, he has been elevated from Count to Duke and from a Commander in the army to a Marshal, so he gets most of what he’s after but it comes at a cost. Near the end of the play he reflects that his achievements have left “a thousand self-disgusts which do not quite add up to remorse, but a dim, vague unrest.”

JT:  His hatred of Cyrano seems to be almost sociopathic. What is it that triggers this?

They are natural opponents. Count de Guiche is willing to play the games and kiss rings in order to “mount the steps of worldly fame”, and Cyrano absolutely refuses to be anyone but himself, full throated, all the time. Cyrano seems determined to humiliate Count de Guiche. He can’t simply decline an offer of patronage, he has to disparage it in public. Cyrano refuses to follow the rules of society. Count de Guiche is infuriated by Cyrano because he can’t control him—and maybe in some measure it is because he knows that Cyrano’s is the nobler path.

JT:  I assume that for Count de Guiche, Roxane is seen as a trophy or ornament rather than a flesh and blood human being. What are your thoughts on that?

CF: Count de Guiche does have materialistic tendencies (that may be an understatement). By the end of the play, though, Count de Guiche lands in a place where he can allow himself to be vulnerable. He is able to reflect on the “dead illusions” and “vain regrets” that have followed in the wake of his ambition. He asks for forgiveness from Roxane. He also admits that he envies Cyrano. I think the seed of that is there in the beginning, as this is evidenced by the feelings he expresses (however awkwardly) for someone like Roxane. She is beautiful, of course, but her grace, intelligence and wit make her a truly sublime person.

What happens to Count de Guiche in the Battle of Arras is profound. He begs her three times to leave the battlefield where a devastating attack is imminent and when she refuses to go, he vows to stay as well. It is not his position to fight in this battle and he knows that she does not love him; she has vowed to face death alongside Christian and still he cannot leave her. He is no longer thinking of himself. He is thinking of her. I call that love.